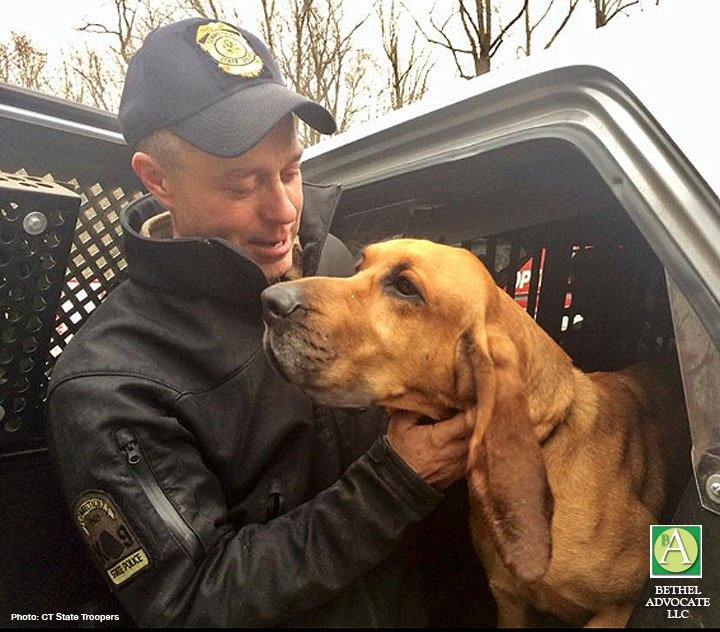 UPDATE: Police K9 ‘Texas’ Has Been Found Safe and Sound 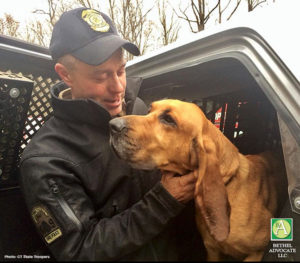 UPDATE: Police K9 ‘Texas’ Has Been Found Safe and Sound

This morning, after about 36 hours, K9 Texas was found safe and sound on Limestone Rd. in Ridgefield. K9 Texas’ lead became tangled on a fence in the front yard of a home (no one was home) roughly 6 miles from where he became separated from his partner, and best friend, Trooper First Class Anuszewski.

After his return, K9 Texas was given water, extra special treats and LOTS of hugs and kisses from everyone! Finally, before heading home K9 Texas was given a clean bill of health by Dr. Brian Laubstein at Beacon Valley Animal Hospital in Naugatuck.

To our law enforcement, fire and EMS partners, thank you for not only showing up on-duty, but volunteering your time off-duty too. And Special Agent Kehlenbach (who found K9 Texas) for canceling his trip and returning to Connecticut to volunteer to help search for K9 Texas. Also Laura Stabell, who was in the right place at the right time and gave Jeff and K9 Texas a ride back to troopers.

To all of the volunteers on foot, mountain bike, ATV and horseback, certified DRONE operators, those that offered assistance and those that donated food and coffee thank you, thank you, THANK YOU! So many Nutmeggers stepped up and offered to help along with volunteers from New York, Rhode Island, Massachusetts and several other states.

Here’s a list of the agencies that stepped up to lend a hand. We tried our best, but we know we probably missed a few, so if we missed you we apologize and thank you: 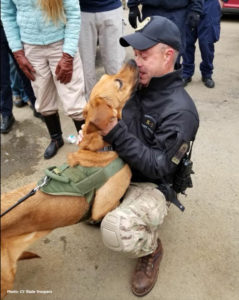 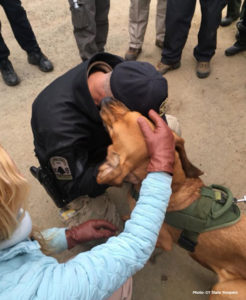 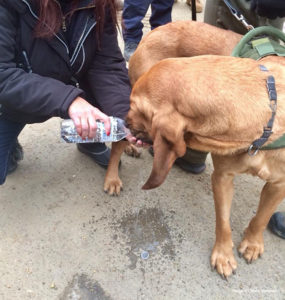 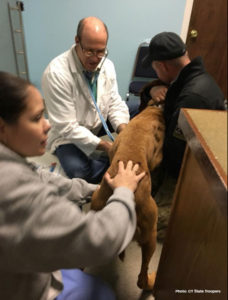 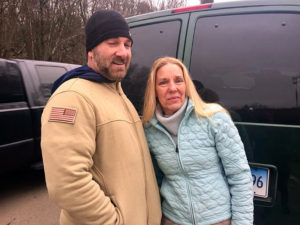 Our heroes!!! Thank you Jeff and Laura for rescuing K9 Texas!
Special Agent Jeff Kehlenbach of Homeland Security found K9 Texas stuck on to a fence on Limestone Rd in Ridgefield and Laura Stabell of Ridgefield saw the pair on the side of the road and gave them a ride back to troopers!

As Laura put it “I found the guy that found the dog!”