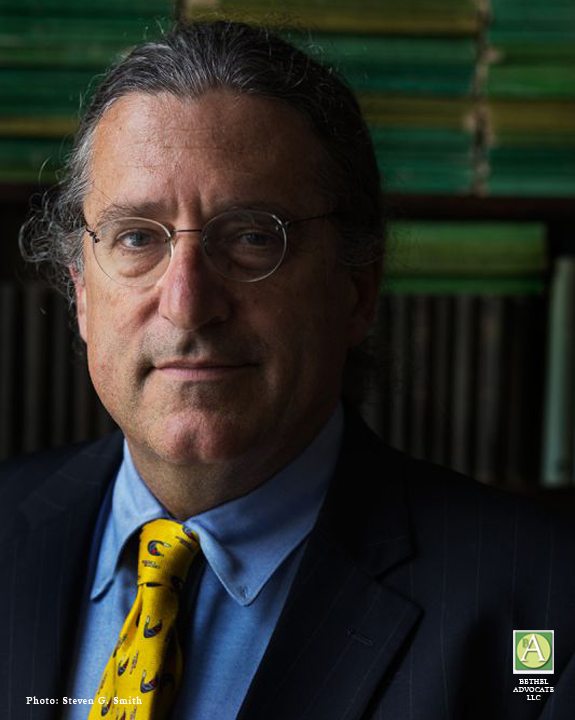 Norm Pattis – In His Own Words: How Does He Defend People Like Fotis Dulos and Alex Jones?

*Norm Pattis is a defense attorney in the ongoing Fotus Dulos case, for a man who was accused of killing his estranged wife, Jennifer Dulos, the mother of their 5 children. Pattis has received much negativity from all directions in public outcry on this case. Below Pattis explains, in his own words, why he makes his choices, what it represents to him and what makes him move forward despite the constant conflict.

How Do You Defend Those People?

How do you represent those people?

The question is common enough for criminal defense lawyers. In the past few weeks, I’ve received variants of the question scores of times. You see, I represent Fotis Dulos, a man suspected in the disappearance of his estranged wife, and the mother of his five children, Jennifer Dulos.

As if that weren’t bad enough, I also represent Alex Jones, the owner of Infowars, a man sued for denying, years ago, that that Sandy Hook Elementary School shootings took place.

Why would I choose to represent such folks?

The answer might surprise you: I’d rather represent the scorned than the popular. It’s how I am put together.

It starts with a simple enough proposition. No one is the sum of their worst moments. Put another way, all have sinned and fallen short of the glory of God.

That’s a Sunday school answer, however, and I am a haphazard Christian at best. Most Sundays find me in the office, and not in a pew.

The real answer is entirely idiosyncratic.

I went to see a psychiatrist. I needed a shoulder to lean on.

When she recovered and the crisis passed, I signed on for psychoanalysis. For the past decade I’ve spent four mornings a week on the couch, free associating my way through endless hours trying to figure out why I do what I do.

In terms of cases I take, here is the provisional answer.

When I was eight, my father left home one morning. He never returned. I was an only child. We lived in Chicago at the time. My mother took his disappearance hard, very hard. I was sent to live with relatives in Detroit while she regrouped. Months later, when I saw her, I realized I had lost her, too.

In some fundamental sense, I was alone, suddenly, a weeper of solitary tears.

We lived for several years like vagabonds. All of our belongings were lost to the storage company that held them, then seized them, when my mother was forced to declare bankruptcy. One year we lived in a spare bedroom in an aunt’s home. Then we lived in an unfinished attic – it was freezing in the winter, and sweltering in the summer. We rented rooms in a rooming house – I had my own, and it was heaven. Then we started to rent furnished apartments. I had my own room; my mother took the living room.

We moved each school year, my mother always seeking a better school district.

(I saw my father once again, 40 years later, thanks to a random appearance on Good Morning America. It was a difficult reunion, so difficult, in fact, that when he died, I was not told about his death. I learned of it just in time to crash his funeral, much to the surprise of his new wife’s family who, apparently, did not know that I existed. Walking into a courtroom, even a hostile courtroom, by contrast, is easy.)

As I was about to enter high school, my mother found a new man, a violent drunk who despised me. His names for me made his contempt for me clear. I was suddenly a stranger in my own home, a feeling I wish on no one. I’d walk the streets to avoid coming home before they were asleep so as to avoid a confrontation. These days, email attackers who berate me stand a distant second to this man: do you think I’ll be discomfited by electronic scorn when I’ve smelled drunken rage at close quarters?

One night, a call came in. Her beaux had beaten a neighborhood drug dealer senseless with a baseball bat. The dealer’s friends vowed vengeance. My mother wanted to call the police. But that wasn’t how business got settled in Detroit.

I was given a rifle to guard the back of the duplex within which we lived. “Shoot anyone who comes here,” I was told. My mother’s lover was out front with a revolver – she stayed in the house and wept with fear.

I prayed that night that the men would come to the front of the house and kill this man who made my life so difficult. It didn’t happened. I was fourteen, or thereabouts, and I would have killed that night. I am a criminal, I suppose.

What saved me was the Big Brother’s program. My big brother had a son my age, and a couple of times a month I was taken away for the weekend. We ate meals seated at a table in a kitchen; I was welcome at that table. We went to baseball games. We watched sports on television. I’d wait on the street for him to come. He always arrived when he said he would.

He was a solid anchor in a sea of anger, frustration and fear.

I lost track of my big brother in my mid-teens, when I’d had enough of being hated in my own home and I left Detroit, graduating early from high school and never really returning home. Such success as I’ve enjoyed as a lawyer surprises no one more than it does me.

My big brother died not long ago. I was beginning trial in a case in which my client was accused of throwing his seven-month baby to his death off a bridge. I asked the judge for permission to attend the funeral. Permission granted.

All at once, things seemed suddenly more clear.

I am the man who once rescued the little boy. I’ve become my big brother. The folks I stand beside are me. In some bizarre twist of fate, I repeat the abandonment cycle, this time being the rescuer I never had. I can work out the rage, fear and sorrow over abandonment in standing between an accused and his accusers: It’s true, I take pride in knowing that the state must get through me to get at my client.

I know, I know: the analogy is not perfect, and is, perhaps, too convenient. Yes, I get money to do my job; and notoriety of a sort suits me. I am vain, a man of unclean lips. But I know there is truth in this explanation.

The world hates Fotis Dulos just now. I was hated once, too. A drunken bully would berate me as I stood my ground, trying to bait me into a fight. I’d stand silent, keeping my cool, plotting vengeance. I thought of killing him, but decided leaving was better. My mother had made her choices; I had choices of my own to make, and a life ahead of me.

So I live that life. I defend hated and scorned people, and, candidly, there is nowhere I’d rather be than by their side. Why? I’m guessing it had something to do with silent tears I wept with no one to hear them. My clients will not be alone. They need the defense a little boy never got.

If I am wrong to give that defense, I nonetheless do not apologize. I don’t even ask for understanding. Here I stand; I can do no other. All you are entitled to is an honest answer to the questions folks ask over and over again: Why?

*This article, originally written on June 28, by Norm Pattis, and was re-published with the express permission of Norm Pattis.

Norm Pattis is a Connecticut based trial lawyer focused on high stakes criminal cases and civil right violations. He is a veteran of more than 100 jury trials, many resulting in acquittals for people charged with serious crimes, multi-million dollar civil rights and discrimination verdicts, and scores of cases favorably settled.