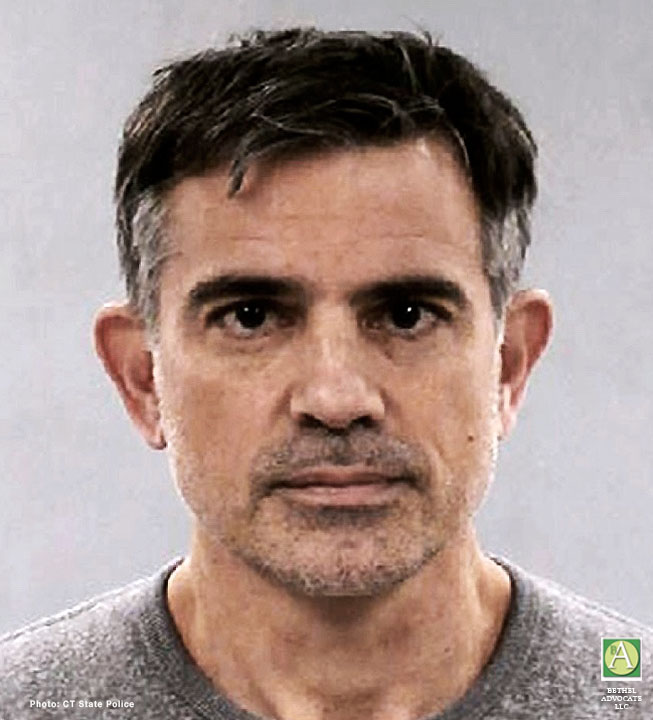 Letter from the Editor: The Light at the End of the Tunnel – Recap of This Week’s Wild Ride – Fotis Dulos Case

Letter from the Editor News

I hope everyone slept well the past few nights because the sudden and unexpected turn of events in the Fotis Dulos case took everyone on a wild ride for many days straight.

In our relatively new social media world we view tragedies in realtime.

Fotis Dulos has been in the national spotlight since last May and the viewing of Fotis Dulos’ attempted suicide by carbon monoxide poisoning was watched across the nation and perhaps even the world, by a shocked audience in places where Dulos would travel and especially in Greece where his family lives.

We experienced a fraction of what the family and friends did, in emotions, shock, and not knowing the exact details of what was unfolding, and we still do not know the details of Dulos’ condition other than he is “critical” and being kept alive by life support. His attorney Norm Pattis stated that Fotis’ condition was “dire.”

I did observe that there seemed to be zero sympathy for what most people viewed as an alleged cold, calculating killer of a mom of 5, and no sympathy for the other two suspects either.

This event apparently even took Dulos’ attorneys, Norm Pattis and Kevin Smith, by surprise as Pattis stated to the media that he had no suspicion that Dulos was a suicide risk.

We watched as we got a quick first glimpse of Dulos in his driveway after police found him unresponsive in his garage, did a forced entry, dragged him out to the driveway pavement and started CPR. Drones and helicopters captured the minute-by-minute moments in realtime.  It was at this point the media reported him dead, based on legal authority reports, when first responders could not get a pulse after ten minutes.

Attorney Pattis was out of town on another case, and was blindsided, and Pattis later gave his condolences to the family. But in what seemed like moments later, Pattis made a statement indicating he was told there’s a “pulse” and the frenzy continued as media worked to keep up with the latest information as it was quickly unfolding.

This was perhaps reminiscent of OJ Simpson’s “wild ride” on a California freeway, if you were watching the news way back in 1994. Who can forget the aerial view from a helicopter of OJ driving a white SUV with numerous police cruisers trailing behind at a slow pace on a highway that was purposely cleared. It was surreal. OJ was found innocent of the slashing death of his ex-wife Nicole Brown-Simpson and her friend Ron Goldman in the 1995 court case which was called the “trial of the century.”

Now seared into our brains is our next look at Fotis Dulos as he is wheeled out on a stretcher in critical condition to a UConn Fire Department ambulance, and the sight of a helicopter landing at UConn Medical Center to fly him to Jacobi Hospital in NY.  A white sheet hid him from view during the transfer, but when he was wheeled out of the helicopter to another waiting ambulance at Jacobi, after the helicopter reached it’s 2nd destination, we saw Fotis’ face partially covered by a white cloth. We also got a partial glimpse of his face as the stretcher turned to be loaded into the second ambulance and it showed an oxygen tube under his nose.

We were reeling from the day’s events but in comparison, we were onlookers, the family and friends were surely devastated. What we were left with was a lot of questions on top of the numerous questions this case already had in its complexity.

To add insult to injury, Pattis later stated, “I don’t know if people who have not been accused can appreciate the savageness of the criminal justice system. We have a presumption of innocence in this country for a reason and all the folks who harped on Mr. Dulos can obviously take some grim satisfaction in today’s events but my message to each and every one of them is shame on you.”

I believe that good comes out of bad somehow, no matter how the situation seems to be at the time.

Perhaps this event sent a message to anyone contemplating suicide that it doesn’t always turn out as you planned. That you don’t necessarily “peacefully go to sleep” with a carbon monoxide poisoning suicide method. That the results can be life-changing instead of life-ending and have a monumental ripple effect to others who care about you. Maybe this stopped a lot of suicides that day. Maybe it stopped anyone thinking of doing harm or more abuse to another human that day. Maybe it made someone stop in their tracks, that is going through a bitter divorce and child custody battle, and made them be nicer to one another. Maybe this was a miracle in disguise.

Now we wait for the ending to this drama that is sure to be a future movie in this cruel world.

Celebrities on tv shows and at awards events told everyone to kiss their loved ones, after the other tragedy of the plane crash recently where Kobe Bryant and eight others perished. No one said that about the Dulos suicide, in fact most comments were negative. It is a natural knee-jerk reaction when the mother of five is brutally killed allegedly by her husband and it was possibly planned by three suspects.

While Fotis Dulos might have had his momentary journey “towards the light” he then was likely suddenly “shot back” into his body, so to speak. If he recovers from his critical condition, will he be different, or mentally improved, with a new outlook on life if he did in fact have a Near Death Experience having otherworldly moments? Or will he be non-communicative forever? Or will he die?

How awful it is that on top of the alleged murder, taking a mom away from her 5 children, that his last act on this earth is to now take their father away too. Fear of being imprisoned? I am sure. Astounding that getting caught and doing the time was not even seemingly considered, while in the planning stage of this horrific crime. Well we might never know this for sure now. All aspects of this crime are astounding in that the murder and body and bloody evidence transport were committed in broad daylight.

We will never know if this is a “life lesson” in disguise for us, about love and loss, right and wrong, crime and consequences, and how much, or little, control we have over our lives or the lives of others and the happiness or sadness of it all in the relatively short time we have on earth.

Let’s all see the “light at the end of the tunnel” that there is goodness in everyone, they just have to learn how to get to that higher level of being. Don’t we all? But sometimes in the process, life and human emotions gets in the way and people make horrendous wrong choices based on greed, selfishness, jealousy, fear, anger, money, you name it, and take eons to get it right.

Pray for the children. This was a sad, mind blowing, shocking event. The outcome of all the rest is what it is or will be in court, and will reveal itself in time. But the children will live with this forever.

I believe Fotis Dulos already received his punishment perhaps far worse than sitting in a jail cell. In the process of his bad choices he lost his business, business partners and clients, future work, reputation, friends, children, money, home, his phone and computers were confiscated and personal information exposed, bond was becoming a problem and he was about to go to jail, not to mention losing his civil attorney, his girlfriend, wife (well who he allegedly murdered), marriage, and now possibly his life or quality of life.

Was it worth it Fotis?