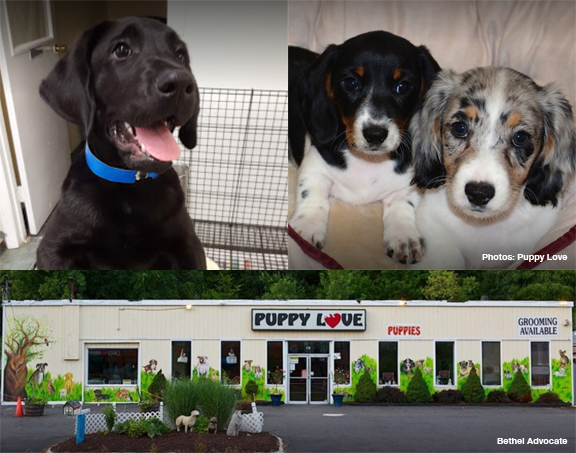 Danbury firefighters fought a fire on Thursday, January 3, 2018, in a commercial building used as a sports warehouse at the rear of the Puppy Love pet store.

A Danbury 911 dispatcher received multiple calls shortly before 9:00 p.m., about a fire located at 37 Lake Ave. Ext. and a second alarm was called in minutes after the first units were on location.

Heroic quick action by firefighters, who realized there were animals inside, saved the puppies. Good Samaritans also formed a chain to help remove the dogs. A restaurant next door volunteered to take the puppies in from the cold and place them in a room adjacent to the restaurant, that was empty because of renovation at the time.

There are “between 60-80 puppies at any one time” in the pet store, the Puppy Love website states. It is not known how many puppies stay in the store overnight.

“Around 9:20 p.m., an on-scene fire unit called for animal control to accommodate anywhere between 35 to 50 dogs,” one firefighter estimated, reported the News Times.

The fire cause is under investigation.