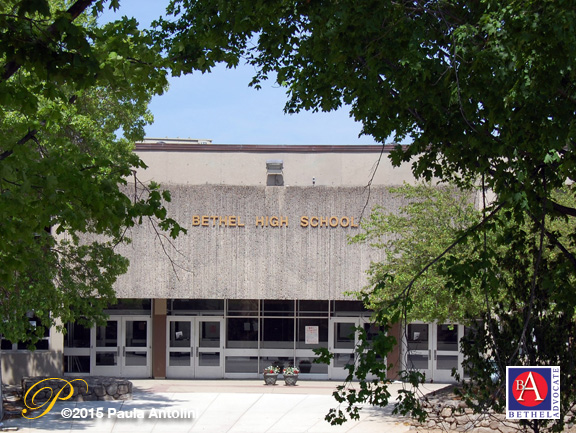 Students and staff returned to Bethel High School (BHS) this morning after the long holiday break, only to smell the odor of gas that intensified by the time classes were about to start. The BHS fire alarm was activated at 7:30AM this morning and the Bethel Fire Department and Yankee Gas responded.

Students were sent to Bethel Middle School and Berry Elementary School and then dismissed for the rest of the day, as the school needed to be ventilated. The problem stemmed from a leaky valve on the HVAC system on the roof, which will now need repair. As one of the examples of pneumatic actuation, HVACs will often use compressed air as a method of control by implementing pneumatic ball valves into the system. “At this point, we do not anticipate a major repair and it is unlikely that it will have any further impact on the school schedule for tomorrow,” Dr. Carver said in a letter.

BHS will likely open at it’s normal time on Thursday. This missed day will not have to be made up because the students were in school when the incident happened.

However, since a day of instruction was lost, midterm exams will be pushed back by one day, according to a letter issued by “BHS Administration” earlier today. “Midterms will now begin on Thursday, January 17th and end on Wednesday, January 23rd. More information related to exams will be sent out later this week,” the letter states.

View letters in full below.

“We wanted to provide you with an update from this morning. It has been identified that there was a valve leak that circulated when the ventilation system units turned on.

“The fire alarm was activated and given the cold morning, students were sent to Berry School and Bethel Middle School. The Bethel Fire Department was on scene. The gas company was also called in to assess the situation.

“A decision to dismiss was due to the fact that the building needed to be ventilated and repairs needed to be made. It was likely to take several hours. At this point, we do not anticipate a major repair and it is unlikely that it will have any further impact on the school schedule for tomorrow.

“Our staff did a tremendous job keeping everyone safe.

“Thank you for your cooperation during today’s unique evacuation. All students were attentive and orderly as we evacuated to Berry and Bethel Middle School. Please know how much we appreciate your patience and compliance during this unusual situation. We would also like to inform you that if you left any of your belongings in the school, we have locked all classroom doors. Any belongings left in the cafeteria were brought to the Main Office and they are locked as well.

“Since we lost a day of instruction, we have decided to push back midterm exams by one day. Midterms will now begin on Thursday, January 17th and end on Wednesday, January 23rd. More information related to exams will be sent out later this week.