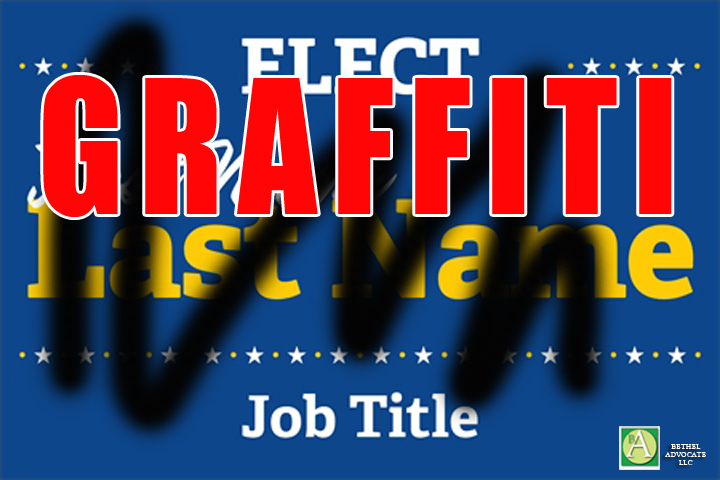 We have information that an adult male with white hair has been seen attempting to spray paint a political sign again, today, in the area of Route 53 but this time he was seen by a passing motorist. Information not confirmed but it is confirmed that police are on this developing case presently.

Developing story. We will keep you updated as more information is received.

Bethel Advocate contacted Bryan Terzian, Chairman of the Bethel Republican Town Committee, regarding the new development of attempted graffiti on the same political sign as in our last story. Terzian said he was called by police and it was a “false alarm” and that Bethel Registrar Tim Beeble was simply trying to clean off the graffiti on the sign. Terzian said he appreciates that people are looking out for damage to signs and he is happy they are calling it in to police.