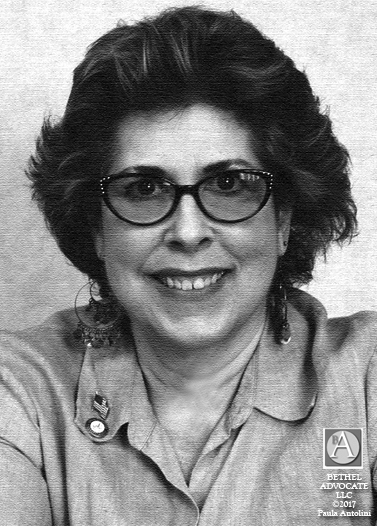 Bethel Board of Finance Member Cynthia McCorkindale has filed a complaint with the U.S. Department of Justice, Civil Rights Division, against Connecticut Gov. Lamont and Bethel Board of Selectmen members, First Selectman Matthew Knickerbocker, Selectman Richard Straiton, Selectman Paul Szatkowski, and Health Department Director Laura Vasile, for violation, in that “CONNECTICUT GOVERNOR NED LAMONT is in violation of SECTION 2 OF THE VOTING RIGHTS ACT as a result of a series of EXECUTIVE ORDERS which usurp THE RIGHT TO VOTE from the taxpayers of Bethel, by incrementally restricting and ultimately depriving us of our right to vote by referendum on our annual budget.” Read more below.

“COMPLAINT
I believe that CONNECTICUT GOVERNOR NED LAMONT is in violation of SECTION 2 OF THE VOTING RIGHTS ACT as a result of a series of EXECUTIVE ORDERS which usurp THE RIGHT TO VOTE from the taxpayers of Bethel, by incrementally restricting and ultimately depriving us of our right to vote by referendum on our annual budget. THE BETHEL BOARD OF SELECTMEN is complicit in their failure to challenge these Executive Orders, further demonstrated by their total lack of intercession or advocacy on behalf of the voters to appeal or request additional information or permission for any alterations to the Executive Orders.”

Further details in the complaint cite:

EXECUTIVE ORDER 7i ISSUED 21 MARCH 2020, #13 of this order suspends the requirement for an Annual Town Meeting and gives the Board of Selectman the power to bestow all budget-making authority to the Board of Finance, thus usurping the voters’ right to vote on the annual budget. This is a radical transformation of the traditional role of a Board of Finance. The role of the Board of Finance (an ELECTED board) is to submit what we believe to be a reasonable budget for the taxpayers of Bethel, the legal legislative body, to approve or reject at referendum. This decree by the Governor cedes so much power to the fiscal authority, devoid of any legislative action, that my participation in this process has created a conflict inside my own mind as to whether I should participate at all.

McCorkindale’s complaint also mentions the fact that Bethel Registrar Tim Beeble had made a presentation regarding a safe voting procedure, and stated:

“On 21 April 2020, our very capable Registrar of Voters. Mr. Tim Beeble, had, presented a voting protocol that significantly reduced risks for contracting COVID19. (attachment votingproc.pdf), which included a succinct timeline of the progression of the Executive Orders affecting the voting process. Mr. Beeble’s process outline is a response is to Order 7s.”

“I find it outrageous that the Bethel Board of Selectmen, who requested an opinion exclusively from the Bethel Health Department, and, knowing about the lunch guidelines, failed to request opinion from the State of Connecticut Health Department or consult with the State Board of Education. Additionally, several Connecticut towns, for example, Vernon, have gone forward with “drive-up” voting as a safe voting procedure, with no negative consequences or sanctions.”

“EXECUTIVE ORDER 7hh ISSUED 01 MAY 2020 #1 of this Executive Order appears to be a clarification of a previous order, 7i. This Order was so poorly worded that it provoked a firestorm of confusion amongst Connecticut boards and commissions, including Bethel. It is this order, 7hh, that finally closes the door on all in-person voting on annual budgets, safe or otherwise, while, at the same time, allowing public hearings and special town meetings on any other issue.

“CASE REFERENCES
This series of Executive Orders from the Governor combined, with the lack of advocacy on the part of our local Board of Selectmen, has wreaked havoc on our Town Meeting form of Government budget process, and does nothing more than strip taxpaying voters of their rights under Section 2 of the Voting Rights Act.
• Citing a Connecticut Superior Court MEMORANDUM OF DECISION by
Judge H. Hammer, dated 07 November 1979, in the case of Vydra vs.
Syrliac et al.
The relative roles of the Board of Finance and the Town Meeting were
aptly delineated by the State’s Supreme Court in Benham v. Potter, 77
Conn. 185 (at p. 199) as follows:
“Nothing is plainer than that the Board of Finance was never
intended to be the dominant power in respect to the finances of the
town. Its work is required to be submitted to and considered by
the voters in town-meeting assembled. The power of revision by
the majority action is carefully preserved. Its influence as a
conservative and restraining force is recognized; its dominance is
not, and any attempt to import it into the Act by construction is in
violation of its evident spirit.”

ONLINE PETITION signed by 534 Connecticut voters as of date of this
complaint, was launched 26 April 2020

McCorkindale’s “CONCLUSION” in her complaint was as follows:

“CONCLUSION
“I seek no remedy other than the restoration of my voting rights and the freedom to vote in our Town Meeting Form of Government machine vote referendum on the 2020-21 annual budget. The Governor’s Executive Orders denying our right to vote not only disenfranchises the voters of Bethel, but also any Board of Finance members, like myself, who are now struggling with an unconstitutional authority that we neither anticipated nor want.

“The Governor of Connecticut has stepped outside his authority in the selective abrogation of our voting rights, an act which is contradicted by the State-issued guidelines for safe lunch and school supply distribution via procedures effectively identical to the protocol outlined by the Bethel Registrar of Voters. Further, the Bethel Board of Selectmen and, at their behest, the Bethel Health Director offered no criteria or references to clarify their position on their cancellation of our referendum, and simply, without question, implemented the Governor’s orders.

“The State of Connecticut is the only New England state whose Governor has prohibited, via Executive Order, referendum voting during the COVID19 pandemic.

“There is an overarching irony here as well: Connecticut, (later nicknamed The Constitution State), issued The Fundamental Orders of Connecticut in 1639, considered by many to be the first “Constitution.” The Orders outlined a Government based in the rights of an individual. Today, the individual rights in the Orders, with others added over the years, are still included as a “Declaration of Rights” in the first article of the current Connecticut Constitution, adopted in 1965.”