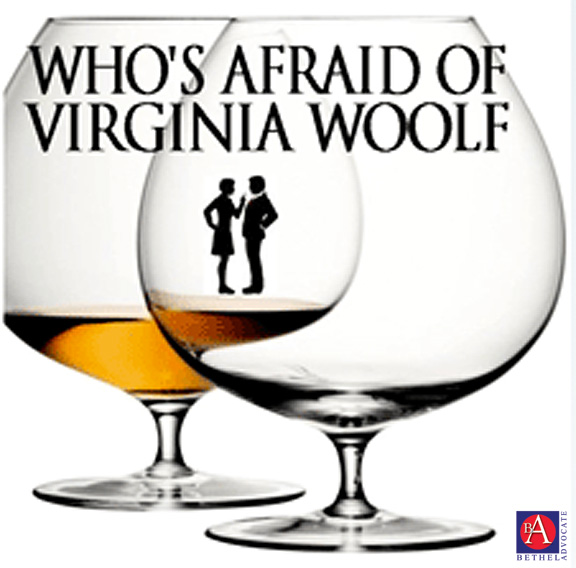 The Ridgefield Theater Barn is continuing to hold open auditions for the part of George only for Who’s Afraid of Virginia Woolf. 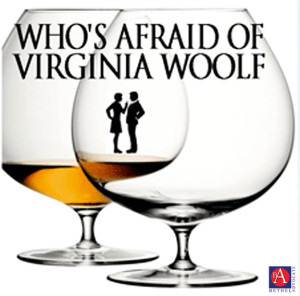 REHEARSALS:
Rehearsals are tentatively slated to begin inlate March or early April, schedule to be determined.

SYNOPSIS:
On the campus of a small New England college, George and Martha invite a new professor and his wife home for a nightcap in the wee hours of the night. As the cocktails flow, Nick and Honey, the young couple find themselves caught in the crossfire of a savage marital war where the combatants attack the self deceptions they forged for their own survival. George and Martha face off as one of theater’s most notoriously dysfunctional couples in playwright Edward Albee’s hilarious and harrowing masterpiece.

George – A 46-year-old member of the history department (not “in” the history department as the he does not run the department to the great disappointment of Martha) at New Carthage University. George is married to Martha, in a once loving relationship now defined by sarcasm and frequent acrimony. Often the victim of Martha’s tirades, George can give as well as he gets.

Martha – Martha is the 52-year-old daughter of the president of New Carthage University. She is married to George, though disappointed with his aborted academic career. Alcoholic, outrageous, smart as a whip and greatly disappointed with how her life has turned out. She blatantly attempts to have an affair with Nick to get a rise out of George.

Nick – Nick has just become a new member of the biology faculty at New Carthage University. He is 28 years old, good-looking, Midwestern, and clean-cut although he has he own dark secrets and ambitions. He is married to Honey.

Honey – Honey is the petite, bland wife of Nick. She is 26 years old, has a weak stomach, and is not the brightest bulb of the bunch. She is way out of her league during the evening’s festivities.

Click here for audition sides which will also be provided at the auditions –
Please be familiar with the play before auditioning.

For any questions or concerns, please contact the director via email: dbasslegal@yahoo.com

Rehearsals
To be scheduled April/May

ABOUT THE RIDGEFIELD THEATER BARN

In 1965 a handful of Ridgefield residents banded together to form a small theater group dedicated to providing community theater. This not-for-profit organization grew into the Ridgefield Workshop for the Performing Arts, Inc. Housed in a rustic converted dairy barn leased from the town of Ridgefield, the Workshop continues to produce an ongoing series of comedies, dramas, and musicals. We maintain a production schedule of four shows per year, with performers chosen through open auditions. The cast and crew of every show run the gamut from raw amateurs to seasoned professionals.

All participants, whether on stage or off, are volunteers. We are actors, dancers, musicians, seamstresses, carpenters, singers, electricians, and individuals who just offer willing pairs of hands to do anything from painting scenery to taking tickets at the door. Our compensation comes in the form of good times, camaraderie, and the satisfaction gained from learning new things, being part of a team, and staging a quality production. The Ridgefield Theater Barn is excited about its upcoming season—its 50th year! With cabaret seating at candlelit tables, we offer superior entertainment, so BYO refreshments and join us!