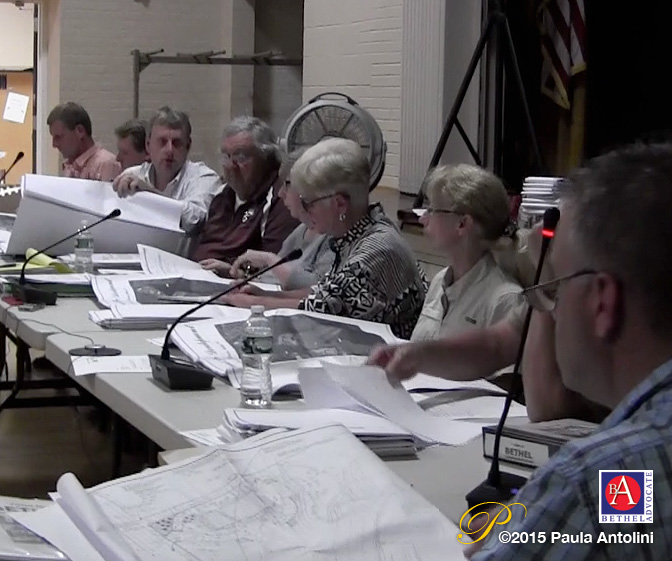 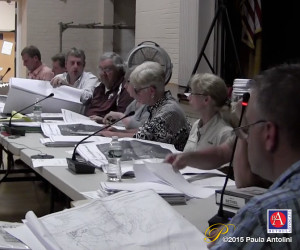 The final hearings of all Bethel Planning & Zoning Commission (P&Z) issues pertaining to the proposed Bethel crematorium have now been closed.

The last hearing took place on Tuesday, July 28, 2015, which concerned an application from Greg Marciano, owner of Connecticut Coining Inc., represented by Attorney Neil Marcus, asking for approval of a zoning change to “eliminate crematory.”

This hearing was closed in one session.

Two meetings have been scheduled by the P&Z to discuss all the issues together in a “work session” of a P&Z meeting on August 11, 2015 and also on September 8, 2015, but eventually the P&Z will vote on the individual issues separately.  There will be no input allowed from the public during these work sessions.

Marciano had also submitted an application to the P&Z this year for a 1-year crematorium moratorium and an amendment to the original text amendment change, asking that the P&Z not allow a crematorium in Bethel’s IP Zones, which included the proposed crematorium site in Clarke Business Park, located right next door to his business.  Both of Marciano’s applications were approved by the P&Z on May 12, 2015, and the moratorium is in effect for one year.

The vote was 4-3 with the following P&Z Commissioners voting to approve the moratorium and zoning change: P&Z Chairman Pat Rist, Louis Valenti, Don Brown, Earl Finch.  In a stunning reversal of her vote from the original text amendment change that began this whole issue, that was also a 4-3 vote, Rist said she “made a mistake” on that first zoning approval because they did not have the crematorium-related information they have presently, and that she did not want to see an “exodus” of businesses leaving the business park.

This appeared to be the case, with many businesses putting their properties up for sale, even one business owner, Johnny Choi, who owns four properties, put his properties up for sale after the first zoning change.  Choi had appeared at the two hearings, before the P&Z approval of that first zoning change to allow a crematorium in the park, previously not allowed by park rules at the time, Choi urging the P&Z to not approve the text amendment.

Apparently there is a slight discrepancy as to the exact date of the moratorium and zoning approval,  the hearing date approval, which was May 12, 2015, where the P&Z said the moratorium was “effective immediately” or the date the legal notice appeared in the News Times print newspaper, May 18, 2015.  Attorney Neil Marcus, representing CT Coining, made a statement regarding this issue, at the July 28, 2015 P&Z hearing, and suggested that the approval date issue be revisited and approved by the P&Z so this aspect can be settled amicably and will not be a distraction to the other main issues at hand regarding the crematorium allowance.

The approval of the crematorium and zoning change lead to applicant B. Shawn McLoughlin placing a civil suit in CT Superior court.  After the Planning & Zoning Commission (P&Z) crematorium hearing on May 12, 2015, the P&Z received a civil summons, eight pages long, from crematorium applicant (plaintiff) B. Shawn McLoughlin. McLoughlin, represented by Attorney Peter Olsen, owns Mono-crete Step Co. LLC, at 12 Trowbridge Drive, Bethel CT, the same property where he wants to build the crematory.  Also being sued is Gregory Marciano, owner of Connecticut Coining, the business next door to the proposed crematorium location at 10 Trowbridge Drive. Both are in Bethel’s Clarke Business Park, entrance is on Grassy Plain Street.

The Summons had a return date of June 23, 2015 and both parties have responded.  The P&Z retained the services of attorney Charles Andres of New Haven, attorney Neil Marcus is representing CT Coining, and attorney Peter Olsen is representing crematorium applicant B. Shawn McLoughlin.

THIS CASE IS SCHEDULED FOR AN ADMINISTRATIVE
APPEALS STATUS CONFERENCE ON THE ABOVE DATE &
TIME. FOR A FIRST TIME APPEARANCE OR WHERE A
SCHEDULING ORDER HAS NOT BEEN ENTERED, COUNSEL
MUST APPEAR AT THE CALL TO ESTABLISH A BRIEFING
SCHEDULE. ONCE A SCHEDULE IS ENTERED, COUNSEL
ARE EXCUSED FROM THE CALL UNTIL ALL BRIEFS ARE
FILED UNLESS COUNSEL ARE REQUESTING A STAY, AN
EXTENSION OF THE BRIEFING SCHEDULE, MEDIATION,
OR TO REPORT THE CASE SETTLED OR READY FOR
HEARING. FAILURE TO APPEAR FOR THE STATUS CONF.
PURSUANT TO THESE INSTRUCTIONS OR TO COMPLY
WITH THE BRIEFING SCHEDULE WILL RESULT IN A
DISMISSAL OF THE APPEAL OR NONSUIT OR DEFAULT,
AS APPROPRIATE. BY THE COURT /SHABAN, AJ/

You can still sign the “Stop the Crematorium” petition (see link below) to show opposition: