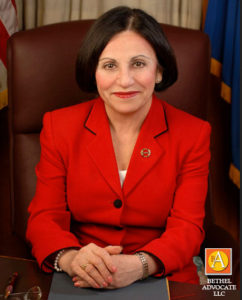 I recently attended an informative event about the Americans for the Arts fifth study of the nonprofit arts and culture industry’s impact on the economy. The study documents the economic contributions of the arts in 341 diverse communities and regions across the country, representing all 50 states and the District of Columbia.

I believe the arts are not only the universal language of humanity that crosses all boundaries, but also are important to business, jobs and the economy. There is no endeavor that does not increasingly use art in some way. Color, performance, design, and sound have all become vital components in in medicine, engineering, mechanics, building, finance, science, retail, education, film, media, web…the list is endless. I discussed how arts education can increase creative and flexible thinking in our future workforce and should be a part of the curriculum in all our K-12 schools.

This event was recorded by the Connecticut Network and can be viewed HERE.

If you would like to review specific materials on the Arts & Economic Prosperity 5 Study, it can be found HERE.

Arts & Economic Prosperity 5 is Americans for the Arts’ fifth study of the nonprofit arts and culture industry’s impact on the economy. It documents the economic contributions of the arts in 341 diverse communities and regions across the country, representing all 50 states and the District of Columbia. Nationally, the nonprofit arts and culture industry generated $166.3 billion of economic activity during 2015—$63.8 billion in spending by arts and cultural organizations and an additional $102.5 billion in event-related expenditures by their audiences. This activity supported 4.6 million jobs and generated $27.5 billion in revenue to local, state, and federal governments (a yield well beyond their collective $5 billion in arts allocations).

By every measure, the results are impressive. This study puts to rest a misconception that communities support arts and culture at the expense of local economic development. In fact, communities are investing in an industry that supports jobs, generates government revenue, and is the cornerstone of tourism. Arts & Economic Prosperity 5 shows conclusively that, locally as well as nationally, the arts mean business!