A group of residents, including the business owner of Skyzone (in Clarke Business Park) Edward Kim and his son, gathered along Greenwood Avenue in Bethel CT, on Saturday, May 9, 2015, to show opposition to the proposed crematorium planned for Bethel’s Clarke Business Park on Grassy Plain Street. 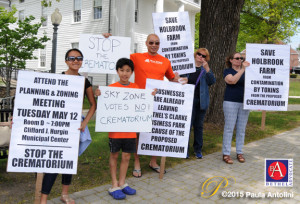 A group of residents, including the business owner of Skyzone (in Clarke Business Park) Edward Kim and his son, gathered along Greenwood Avenue in Bethel CT, on Saturday, May 9, 2015, to show opposition to the proposed crematorium planned for Bethel’s Clarke Business Park on Grassy Plain Street.

Reaction from the community was positive, meaning when they saw the protesters they strongly supported opposition to the crematorium. Residents expressed outrage that such a business would be allowed in Bethel CT.

The Planning & Zoning Chairman Pat Rist, also President of the Bethel Historical Society, was spotted on Greenwood Avenue in Bethel, sitting on a bench with Marc Moorash, also a Bethel Historical Society member, across the street from protesters on Greenwood Avenue.  They were not participating in the event.  When asked why they were there, Rist said, “We just came to see what was going on.” 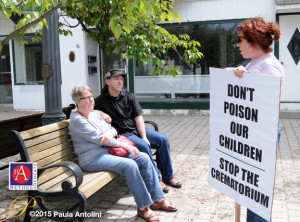 Many residents were still not aware of the crematorium plans in Clarke Business Park.

Business owner B. Shawn McLoughlin, who presently owns Mono-crete Step Co. LLC at 12 Trowbridge Drive, a cement products company, wants to build another building on that same property to use as a crematorium in the northwest corner of the property.  It is the highest elevation on the property and would require substantial retaining walls, some as high as 13 feet. The applicant’s attorney Peter Olsen also stated that they will do the required screening but the stacks WILL still be able to be seen by residents or business owners on higher elevations, such as the business owner next door, CT Coining, if he is viewing from a second level of his building, or residents on higher land will also have views.  There are numerous other building plan and land use issues with the proposed crematorium. 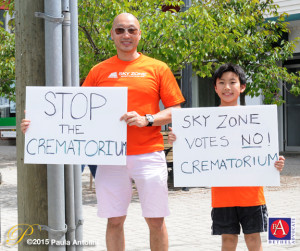 Photo above:  Skyzone business owner Edward Kim and his son particpated in the Protest Rally to oppose the crematorium in Bethel.

Passers-by had many comments.  They were shocked that the town was not taking an active roll to investigate the toxic emissions issues, or do impact studies beforehand, or that a crematorium is even being considered for approval.  They wondered why the P&Z is not weighing the outcry from residents and business owners heavily, for safe air in Bethel, protection of property values. They asked why this had become a battle residents and business owners now have to fight.

Many drivers were stopping their cars asking the protesters for extra flyers so they could give information to their neighbors. Many individuals were also interested in attending the upcoming Planning & Zoning Public Hearing about the crematorium.

A Public Hearing about the crematorium will take place this Tuesday at 7:00p.m. in the Denis Riordan Room D of the Clifford J. Hurgin Municipal Center at 1 School Street in Bethel CT. Public comment will be heard. 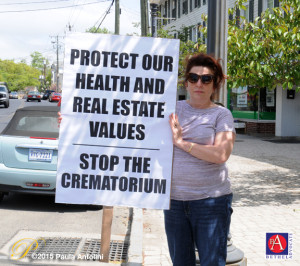 The applicant’s building permit application and permit to use the structure as a crematorium is what will be discussed at this the Planning and Zoning Commission Public Hearing.

There is also an online petition that now has 264 signatures and more signatures were gathered in person.

See petition and update information about the crematorium here: http://tinyurl.com/nocrematorium

Another decision is also still pending in the P&Z, stemming from other recent public hearings about the crematorium. Greg Marciano, owner of CT Coining, a business located at 12 Trowbridge Drive, right next to the proposed crematorium location, 45 feet from his property line, hired attorney Neil Marcus to request a crematorium moratorium and also a text amendment (park rules) change, to not allow a crematorium in Bethel. That April 28 public hearing (continued from April 14) was closed despite protests to continue the meeting, and now the P&Z will decide on the moratorium and text amendment change, which is still pending. No word as to when that decision will be made.  (Bethel Advocate will update you when information is received.) 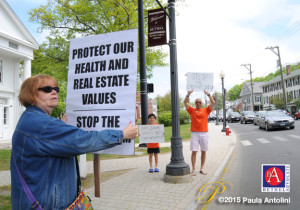 Besides Marciano, another business owner, Mitch Gross, owner of GHM Garage, located right across the street from the proposed crematorium location, who had just purchased his property a few weeks ago to open an antique and classic car showroom, is now saying he is not going to invest the $100,000 he was planning on putting into his property on Trowbridge Drive, and is in fact planning on listing the property sale. Gross claims that before he purchased his property he was not told about the business across the street, that was intending on opening a business that burns human remains. He is strongly opposed to the crematorium and has attended public hearings where he presented testimony and studies that show how a crematorium lowers property values. 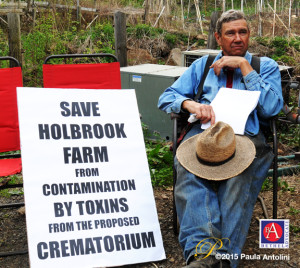 Photo above: John Holbrook, owner of Holbrook Farm for 40 years, opposes the crematorium.

After the Protest Rally Bethel Advocate paid a visit to John Holbrook, owner of Holbrook Farm located at 45 Turkey Plain Rd, Bethel, CT.  Mr. Holbrook is also opposed to the crematorium. He is a natural farmer and has owned and operated his farm for the last 40 years. The 75-year-old Holbrook has appeared at public hearings about the crematorium, informing the P&Z that his farm will not be able to operate any longer due to the toxic emissions from the proposed crematorium. He said he is concerned that is crops an soil will become contaminated. The Sympaug Pond goes through his property, and this is the same body of water that backs the proposed crematorium location, so Holbrook said he is concerned his water sourced could also be affected negatively preventing him from farming. 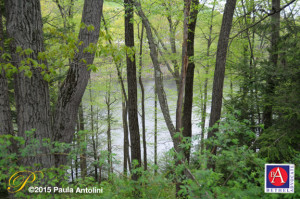 Photo above: Sympaug Pond, as seen from Holbrook Farm.

Bethel Advocate took a ride around the Holbrook Farm, located at 45 Turkey Plain Road in Bethel, (with permission from Mr. Holbrook) and we viewed the Sympaug Pond from the property. If you view the map you will see that Holbrook Farm (on the east side) shares the same body of water that is behind the proposed crematorium(on the west side, Trowbridge Lane). 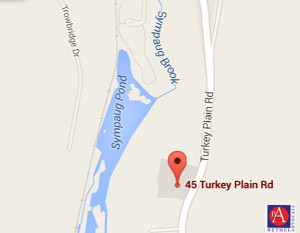 This crematorium project has had much controversy for over a year now, and continues to gain opposition. There are issues of toxic emissions producing medical ailments and even death, due to prolonged exposure to toxins over a period of time, and toxins entering our water sources, soil and air.  Studies have shown that business real estate values are lowered if a crematorium is approved.  A crematorium will hinder attracting more business into Bethel’s business park and Bethel in general.  Also the EPA does not oversee crematoriums, a fact that surprises most residents, and people are asking who IS going to monitor the crematorium activities? 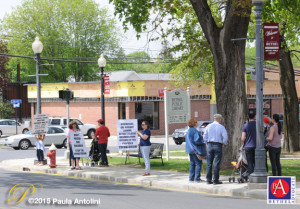 Several studies were presented by numerous residents and business owners, to the P&Z, to support the above issues. Residents showed opposition and spoke to the P&Z at public meetings and numerous letters were written to the P&Z, many by business owners in the park, opposing the crematorium, including the Bethel Economic Development Committee and Chairman Mike Boyle, and the Bethel Director of Economic Development Janice Chrzescijanek. (I will detail these letters in another upcoming article.) 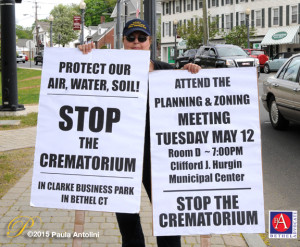 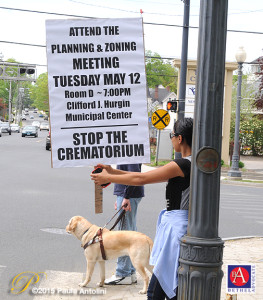 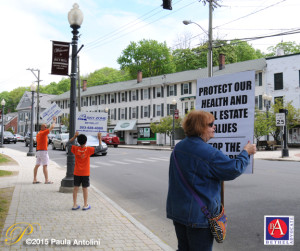