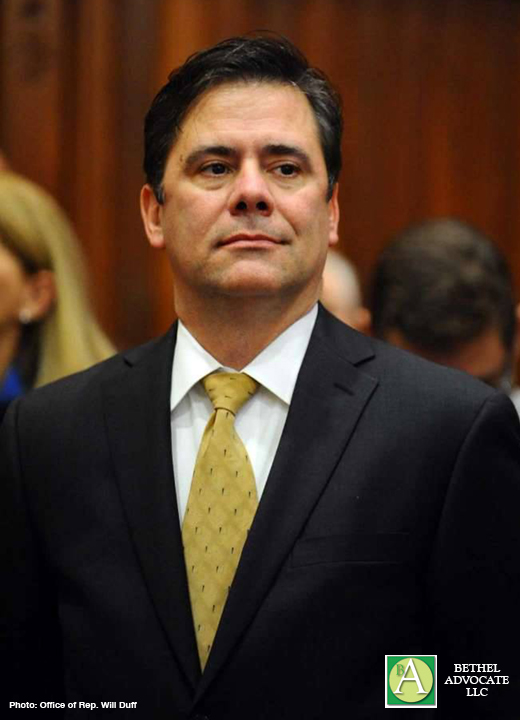 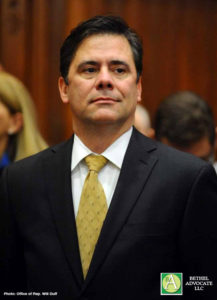 HARTFORD – To protect school districts from the mid-year education grant cuts, State Representative Will Duff (R-2) voted in favor of legislation that would prohibit the Governor using his executive authority to making significant cuts to ECS funding midyear.

In December of 2017, Governor Malloy used executive authority to make additional, unanticipated, and devastating ECS cuts to our towns and unfortunately these cuts had and continue to have negative consequences on student learning due to staff layoffs, increases in class size, and cuts to programs.

During the public hearing on the legislation, Dr. Carver testified in support of the bill that providing quality educational services to the growing student population of Bethel with fewer resources is challenging. To cope with the loss of $1,083,000 in ECS funding for FY 2017-2018, which occurred due to Governor’s mid-year cuts, Bethel School District eliminated and reduced teacher and staff positions, including in shortage areas, and delayed filling open positions. On top of the loss of $1,083,000 in ECS funding, the school district cut $560,000 in non-payroll items, such as health benefits, school supplies, and maintenance and security efforts in their schools.

Dr. Carver listed multiple negative impacts due to these cuts: including increased K and 1 class sizes, inadequate professional learning for teachers, being unable to provide adequate service to English Learners, not enough administrative support for discipline, and inability to complete school security upgrades.

Additionally, the Council of Small Towns (COST) testified in support of the legislation citing many towns crafted budgets that would address anticipated reductions in municipal aid before the start of the July 1 fiscal year, while other towns waited until after that date to be able to use the accurate amounts allocated. When the Governor imposed additional cuts in ECS funding after the start of the budget year, towns had to cut or delay projects, issue supplemental tax bills and some had to use their reserve funds which “triggered lower bond ratings leading to higher capital borrowing costs. Also because the budget adjustment language did not specifically reference midyear rescissions, towns were precluded from adjusting budgets to reflect the holdbacks.

“I was proud to co-sponsor this initiative. The bill creates predictability for our towns when they craft their education budgets. Towns in my district were hit especially hard by Governor Malloy’s cuts to education funding,” said Rep. Duff, who is a co-sponsor of the bill. “Reductions during the fiscal year are particularly difficult and leave few options for administrators and teachers.”

The bill the House of Representatives 117-32. The legislation awaits further action in the Senate. To track this bill and other legislation visit www.cga.ct.gov.