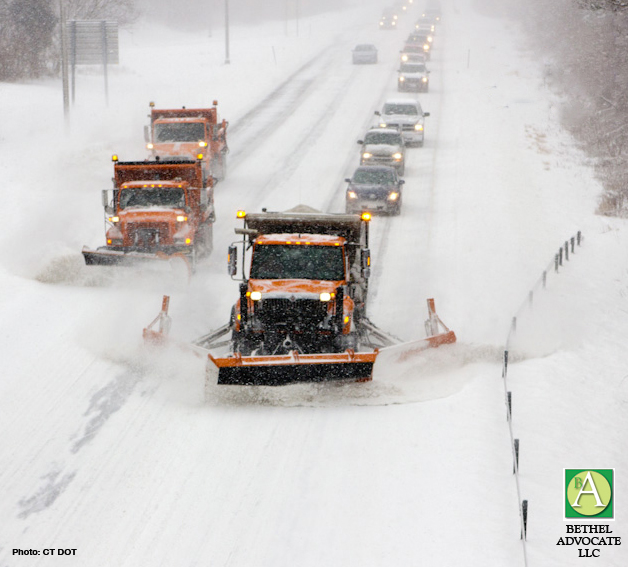 (HARTFORD, CT) – Governor Dannel P. Malloy today announced that he has signed an order proclaiming a civil preparedness emergency in the State of Connecticut ahead of the major winter storm that is expected to impact the state on Tuesday, March 14, 2017. With dangerous weather conditions anticipated that will last throughout the day, the Governor has also signed an order activating a statewide travel ban that will begin at 5:00 a.m. on Tuesday and remain in effect until further notice.

In addition, the Governor is fully activating the state’s Emergency Operations Center starting at 5:00 a.m. He is also directing all nonessential first and second-shift state employees to not report to work on Tuesday.

“Snowfall is expected to begin shortly before sunrise and will increase quickly, with peak blizzard conditions reached only several hours later. Everyone in Connecticut is urged to plan ahead – wherever you are at sunrise Tuesday morning, expect to remain there throughout the remainder of the storm and into the night,” Governor Malloy said. “With snow coming down at rates in excess of three to four inches per hour at points and winds reaching as much at 60 miles per hour, white out conditions will severely limit visibility. Residents are urged to make safety a priority and to not make any attempt to travel.”

The Governor is encouraging everyone in Connecticut to continually monitor local media outlets throughout the day today and tomorrow as further announcements from the state regarding the storm will be made.

The latest forecast has snowfall beginning between 3:00 to 5:00 a.m. on Tuesday with blizzard conditions expected by 9:00 a.m. With winds reaching as much as 50 miles per hour inland and 60 miles per hour on the coast, there will be white out conditions for as much as six hours during the day. Snow is expected to taper off between 10:00 p.m. and midnight with final counts of 10 to 15 inches along the southeast coast, 16 to 20 inches at the southwest coast, 20 to 28 inches across central and western Connecticut, and 24 to 30 inches in the northwest hills and higher elevations.

On Friday, Governor Malloy activated the state’s Severe Cold Weather Protocol, which directs certain state agencies to coordinate services that help the most vulnerable receive protection from the cold. It was scheduled to end on Monday morning, however he ordered the protocol to be extended through 8:00 a.m. on Thursday, March 16. A listing of all available shelters and warming centers that have been opened throughout the state can be found by calling 2-1-1.

For continuous updates throughout the duration of the storm, visit the State of Connecticut’s official winter storm update website.