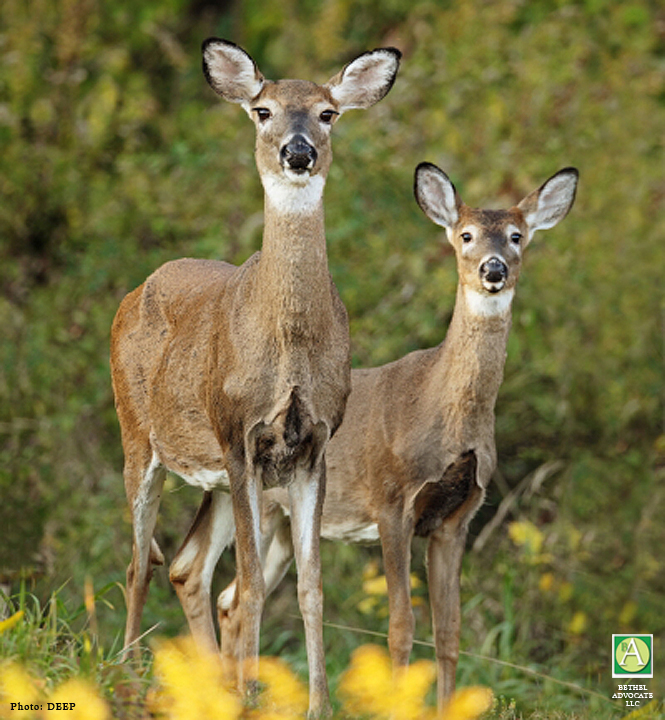 CT DEEP: Motorists, Watch for Deer and Moose this Fall

Connecticut’s Department of Energy and Environmental Protection (DEEP) reminds motorists to be watchful of increased deer and moose activity along roadways, especially during early morning and evening hours. September through October is the peak of the breeding season for Connecticut’s small moose population, which mainly resides in the northern part of the state. The breeding season (also known as “the rut”) for white-tailed deer closely follows the moose breeding season, running from late October through late December.

DEEP’s Wildlife Division cautions motorists to be aware and heed “Deer Crossing” signs which are placed in areas along state highways where multiple animals have been struck in the past. Motorists are advised to slow down and drive defensively should a deer or moose be spotted on or by the road. Because moose are darker in color and stand much higher than deer, observing reflective eye-shine from headlights is infrequent and, when struck, moose often end up impacting the windshield of vehicles. All moose and deer vehicle collisions should be reported to local, state, or DEEP Environmental Conservation Police Officers (24-hour DEEP Dispatch Center — 860-424-3333).

“During 2018, an estimated 3,648 deer were killed in the state due to collisions with vehicles,” said Jenny Dickson, Director of the DEEP Wildlife Division.

Most of Connecticut is not considered ideal habitat for moose because the state’s landscape is fragmented, roadways have high traffic volume, and moose have large home ranges (approximately 10-15 square miles). Moose venturing into southern Connecticut, with high population density, road networks, and traffic volumes, pose an increased potential for human fatalities from accidents as compared to deer-vehicle accidents. Residents throughout the state are encouraged to report moose sightings on the DEEP website at www.ct.gov/deep/wildlife.