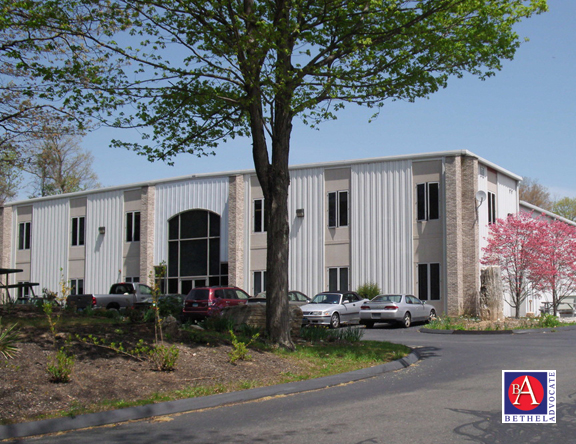 Connecticut Coining is requesting “the adoption of a Moratorium on applications for crematorium facilities pursuant to the recent amendment to Section 4.3.C.10a” and also an amendment to the Zoning Regulations to address the use of the proposed building as a crematorium. 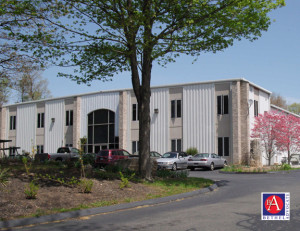 Connecticut Coining, a business in Bethel’s Clark Business Park (previously known as Francis J. Clarke Industrial Park) located at 10 Trowbridge Drive in Bethel, has requested two amendments to the Zoning Regulations of the Town of Bethel regarding crematoriums.

In a letter dated February 11, 2015, sent to the Bethel Planning and Zoning Commission (P&Z) and P&Z Chairman Pat Rist, by attorney Neil Marcus, who is representing Connecticut Coining, he details his client’s requests.

According to the letter, Connecticut Coining is requesting “the adoption of a Moratorium on applications for crematorium facilities pursuant to the recent amendment to Section 4.3.C.10a.” The letter states, “The purpose of the Moratorium is somewhat self-explanatory. My client, Connecticut Coining, owns and operates its business in Francis Clarke and is seriously concerned about negative impacts that this type of use will have on his business and other business owners in the Park.”

Connecticut Coining is located directly next to Mono-crete Step Co. which is at 12 Trowbridge Drive. The owner of Mono-crete-Step Co., B. Shawn McLoughlin, is requesting that the town of Bethel approve building plans for a crematorium to be built just 47 feet from the southern property line of Connecticut Coining and that the town issue a permit to use the building as a crematorium. (This distance was confirmed at the P&Z site walk by McLoughlin’s engineer Mike Bizzoco.)

The second request from Connecticut Coining is for an amendment to the Zoning Regulations to address the use of the proposed building as a crematorium.

Connecticut Coining submitted exact wording for what they would like the amendment to read and have also stated the reasons why they are making this request. The letter to the P&Z states, “In the interim in order to allow the commission a reasonable period of time to consider the amendment, we have submitted the proposed Moratorium.”

Connecticut Coining is also requesting a public hearing at the earliest convenience of the P&Z.

Under “reasons” the letter from attorney Neil Marcus (representing Connecticut Coining) states in part, referring to the recent text amendment Section 8.11, 4.3.C.10a of the Zoning Regulations, “The action of the Commission in adopting the amendment allowing crematory facilities took place with little public input from property owners in the IP zone who might be adversely affected by such facilities. The Applicant is of the opinion that the Commission may not have fully examined the types of impacts that would occur if a crematory facility were approved pursuant to the amended regulation. The Applicant has reason to believe that there will be a significant adverse effect on property values in Francis Clarke Industrial Park if a crematory were approved at that location. This type of use is offensive to the beliefs and values of many of the employees who currently work in the Francis Clarke Industrial Park. It will have a negative impact on economic development in the Town of Bethel.” (Attorney’s note: “Commission” refers to the Planning and Zoning Commission.)

The letter also states, “The Applicant will propose an amendment to the Zoning Regulations to eliminate the crematory facility use in the IP Zone and in connection therewith petitions the Zoning Commission to adopt a Moratorium to allow a sufficient period of time to examine the feasibility of this type of use in the IP Zone. Due to the complexity of the issue, the Commission should not entertain or accept any applications for Site Plans, pursuant to Section 8.4 of the Zoning Regulations, for a period of twelve (12) months from the adoption of the Moratorium which the Applicant seeks. This limited duration and specific use Moratorium is justified under the circumstances.”

Below is the exact language of what Connecticut Coining would like the new Section 8.11 to read:

(a). INTENT AND PURPOSE

The Zoning Commission has determined that the following uses have the potential to impair the health, safety and welfare of its citizens, and that a temporary, limited moratorium is needed in order to properly develop restrictions and standards for the implementation of their uses.

(b). IDENTIFIED USES SUBJECT TO MORATORIUM

1. The effective date of the moratorium on the application or creation of any Crematory Faciilty is the date of adoption of this regulation by the Zoning Commission together with the filing of the amendment with the town clerk (beginning on _________________). expiring in one calendar ________ year (ending on ________).

There is an ongoing petition opposing the crematorium, that was started 10 months ago, that 142 individuals have signed. Click below for more information and to sign the petition, and also view what other residents are saying about the crematorium: