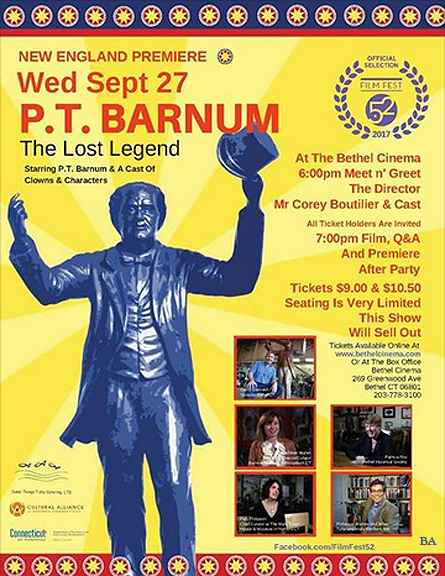 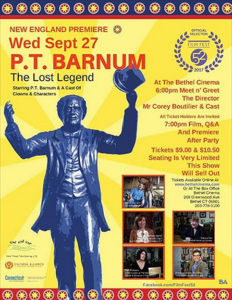 Bethel Sculptor David Gesualdi will be featured in the film, featuring a cast of clowns and characters, on Wednesday, September 27, 2017. 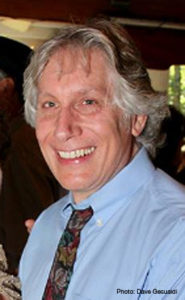 ONE SHOW ONLY at the Bethel Cinema, 269 Greenwood Avenue

THIS SHOW WILL SELL OUT – BUY TICKETS IN ADVANCE ONLINE OR AT THE BOX OFFICE.

-Tickets purchased on the internet are subject to a $1 per ticket service charge.
-Please purchase appropriate tickets as ID’;s will be checked prior to entering the theater.
-In order to pick up your tickets you will need to bring your credit card to the theater.
-All sales are final. No refunds.

Movie is rated “NR” meaning: NR (Not Rated) This film has not yet been rated by the MPAA. G: “General Audiences-All Ages Admitted.” This is a film which contains nothing in theme, language, nudity and sex, violence, etc. which would, in the view of the Rating Board, be offensive to parents whose younger children view the film. — According to MPAA ratings (Motion Picture Association of America film rating system).