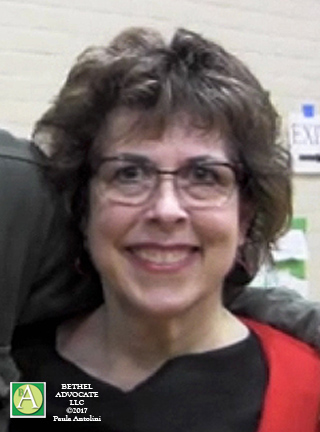 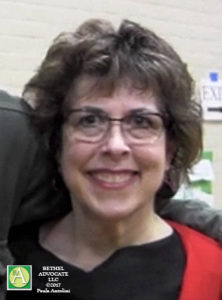 BETHEL, CT – At a July 12th meeting of the Bethel Republican Town Committee, a full slate of candidates were selected to be recommended to the party Caucus, which will take place Tuesday, July 25th, at 7:30 PM in the Middle School Auditorium.

In seeking a full slate, Bill Hillman, RTC chair said the committee broadened its horizon, and will be recommending Independent Party member Cynthia McCorkindale for First Selectman. We have a full list of thirty people seeking re-election or first-time election, including several cross-party recommendations.

McCorkindale, whom State Representative Will Duff calls a “bold, accomplished community leader,” has a multi-faceted background known by few in Bethel. Currently a member of the Board of Finance, she previously served on the Board of Education, and is an experienced project manager as well as an international recording artist.

According to McCorkindale, the town is ready for a change. “I plan to reach out to the widest possible group of taxpayers who want new leadership in Bethel.”

If endorsed by the caucus, Cynthia McCorkindale will focus on appealing to voters with the “unabashed honesty” she has become known for when addressing taxpayer issues.

Ms. McCorkindale has some great ideas already, some that she has been suggesting for years, for example, to create more accessibility by using same resources that record the Board of Education meetings be used for recording Town meetings, making them available for online viewing. Currently, meetings are not regularly taped and no record other than minimal meeting minutes are available.

This will be a different kind of election season, according to Hillman, who is looking forward to the campaign.

We have excellent candidates and a full slate, he said, “I’m very proud of our great team. Cynthia is a tireless campaigner, and we want to win in November.”