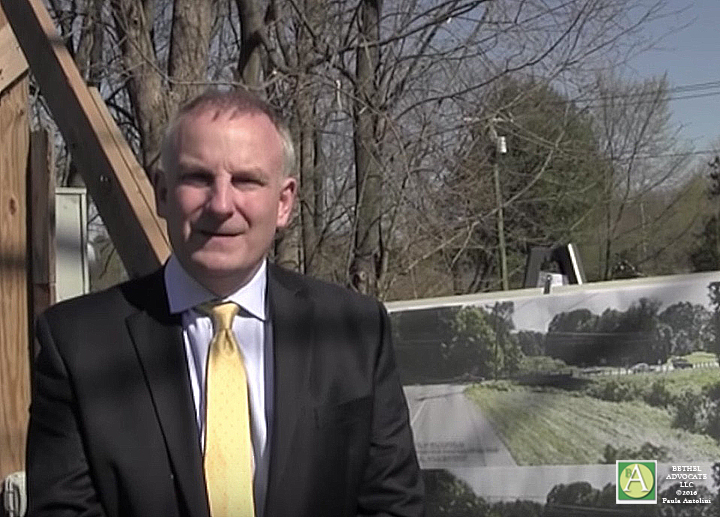 We previously reported on ‘Bethel Public Works Director Douglas Arndt Has Been Put on ‘Administrative Leave’ But No Word on Why’ now we have learned Douglas Arndt has resigned and Highway Superintendent/Asst. Director of Public Works Robert Dibble will be handling matters until a new director can be found.

On Friday, September 13th it was confirmed by First Selectman Matthew Knickerbocker that Arndt, who was hired in October 2014 at a salary of $100,000+, has decided to leave his position.

We contacted First Selectman Knickerbocker about this development and he was not forthcoming as to why Arndt left. Knickerbocker said, “Doug has voluntarily severed his employment with the Town of Bethel. We wish him the best of luck in his future endeavors.”

There is a past history of controversy when it was discovered that Bethel Public Works Director Douglas Arndt apparently never got approval to authorize the a town energy study, which was to see if installing LED bulbs in municipal buildings would save the town money.   There is no written agreement with Earth Core Energy Services for the study.  Arndt claims he was just trying to save the town money.

Another company, Ameresco, had been chosen by the Bethel Energy Conservation Committee and Knickerbocker indicated Ameresco will follow the recommendation of Earth Core’s and install LED lights in Bethel. Comptroller Bob Kozlowski would try and negotiate a lower cost for the bill from Earth Core.

Other projects Arndt has handled are waster projects, renovation of the Plumtrees Road and Whittlesey Drive intersection and improvements to the town’s animal shelter.

Doug Arndt was unable to be reached for comment.

The Public Works Department is responsible for the upkeep of the infrastructure of the town. It is the organization responsible for the snow plowing and removal in the winter, road and street repair and new sidewalk construction in the summer. This office also maintains and oversees the water and sewer systems for the residents and businesses located within the town’s borders. It also oversees all building maintenance for the municipal structures. It works with the State and Federal Governments to coordinate and implement the major bridge replacement projects around town. It oversees the engineering aspects of all new construction within the town and ensures that these projects conform to local and state regulations. The Public Works Office is located in the north wing of the Clifford J. Hurgin Municipal Center on the second floor next to the Health Department and across from Planning and Zoning and the Building Departments.

The Public Works Department is composed of the following offices: