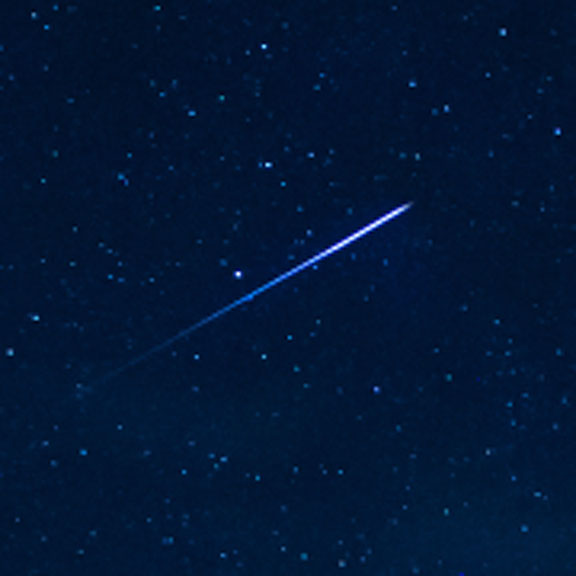 Watch for the Orionid Meteor Shower This Weekend, Oct. 21st

The Orionid meteor shower will reach its maximum rate of activity on 21 October 2018. Some shooting stars associated with the shower are expected to be visible each night from 16 October to 30 October.

Annual meteor showers arise when the Earth passes through streams of debris left behind by comets and asteroids. As pebble-sized pieces of debris collide with the Earth, they burn up at an altitude of around 70 to 100 km, appearing as shooting stars.

The maximum rate of meteors expected to be visible is around 25 per hour (ZHR). However, this assumes a perfectly dark sky and that the radiant of the meteor shower is directly overhead. In practice, the number of meteors you are likely to see is lower than this, and can be calculated from the ZHR formula.

From Danbury, the radiant of the shower will appear 16° above your eastern horizon at midnight. This means you are likely to see only around 7 meteors per hour, since the radiant will be low in the sky, reducing the chance of seeing meteors.

The radiant of the Orionid meteor shower is at around right ascension 06h20m, declination 15°N, as shown by the green cross on the planetarium above. All of the meteors will appear to be travelling directly outward from this point, as indicated by the white lines drawn above.

The Moon will be 12 days old at the time of peak activity, and being so close to Full Moon will severely limit the observations that will be possible.

To see the most meteors, the best place to look is not directly at the radiant itself, but at any dark patch of sky which is around 30–40° away from it. It is at a distance of around this distance from the radiant that meteors will show reasonably long trails without being too spread out.

Source: The Handbook of the British Astronomical Association.