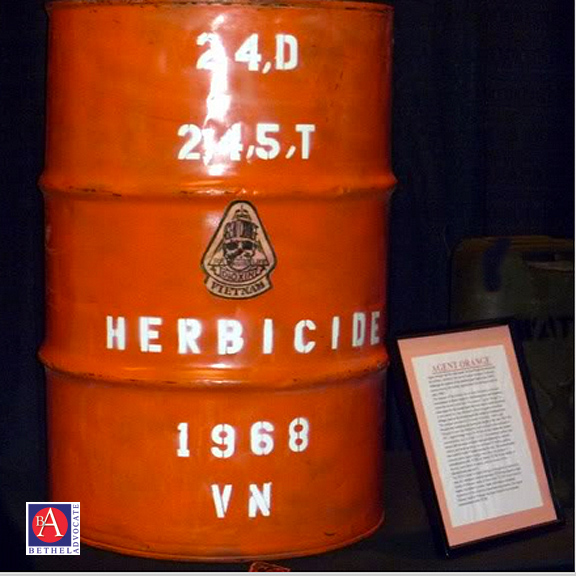 “When service members raise their right hand, they willingly risk life and limb to defend their country. However, few probably ever contemplate that this noble action would have serious and sometimes grave consequences for their children and grandchildren,” said Sen. Blumenthal. 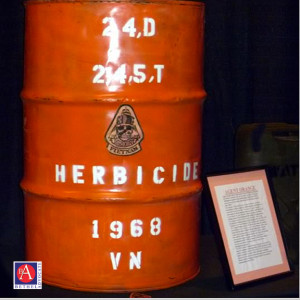 (Washington, DC) – Friday, April 17, 2015 – U.S. Senators Richard Blumenthal (D-Conn.), Jerry Moran (R-Kan.), and U.S. Representatives Dan Benishek, M.D. (R-Mich.), Mike Honda (D-Calif.) and Elizabeth Esty (D-CT) this week introduced bipartisan, bicameral legislation to support research into health conditions faced by descendants of veterans exposed to toxins during their military service. The Toxic Exposure Research Act of 2015 (S. 901) – supported by the Vietnam Veterans of America (VVA), AMVETS, the American Legion, Veterans of Foreign Wars (VFW) and Rolling Thunder – would establish a national center at a Department of Veterans Affairs (VA) medical facility for research into the diagnosis and treatment of health conditions of the descendants of individuals exposed to toxic substances during their time in service. These include Agent Orange in Vietnam, Gulf War neurotoxins, Iraq and Afghanistan chemical weapons and burn pits as well as other chemicals and toxins.

“When servicemembers raise their right hand, they willingly risk life and limb to defend their country. However, few probably ever contemplate that this noble action would have serious and sometimes grave consequences for their children and grandchildren,” said Sen. Blumenthal. “These children and grandchildren did not sign up, but they may bear the wounds of war. Declassifying documents and disclosure are critical and the least the government owes our veterans so they can better understand the impact these indirect exposures have to guarantee their children and grandchildren receive appropriate treatment. The Toxic Exposure Research Act of 2015 will ensure this. We as a nation have just as much of a responsibility to the families as to those who actually wear the uniform.”

“The Toxic Exposure Research Act is about addressing the painful, residual wounds of war that may impact a service member’s family long after the military operation is over – wounds that may not be evident until decades later when passed on to children and generations to follow,” said Sen. Moran. “This bipartisan legislation is a necessary step toward making certain our military men and women and their descendants will be properly cared for in the future. We must keep our promise to our veterans and their families, who have made great sacrifices for the sake of our country’s security and our freedom.”

“We as a country have yet to fully understand the effects of toxics exposure on veterans and their families. I’ve heard from veterans here in Connecticut whose service in Vietnam exposed them to Agent Orange, and veterans returning from Iraq or Afghanistan who served near toxic burn pits. We owe it to our service men and women – and their families – who sacrificed so much for our country to find out the answers they deserve and make care and treatment for them, their children, and their grandchildren a priority. Thank you to Senator Blumenthal for his leadership on this issue, and I look forward to working with him to pass the Toxic Exposure Research Act in Congress,” said Congresswoman Esty.

“Having served veterans as a surgeon at the Iron Mountain VA for over 20 years, I have seen far too many patients who suffer from unexplained, service connected ailments,” said Dr. Benishek. “These conditions can even be passed down to their children. We owe it to our vets to find answers to illnesses caused by toxic exposure, and this bill will be a strong start to that process.”

“Medical and scientific studies have shown that there are long term negative effects not only on the soldiers who served, but also in their children, their grandchildren, and subsequent generations,” Congressman Honda said. “Many suffer from various forms of birth defects. It is time for us to take care of not just those who served, but also their children, whose diseases can be linked to their parent’s exposure to toxins. This is about the sacred pact with members of our military: if you serve our country in uniform, we will look after your family during your service to this country and after.”

The Toxic Exposure Research Act of 2015 would also authorize the Department of Defense to declassify certain incidents of exposure of members of the armed forces to toxic substances. Additionally the bill would create a national outreach campaign on potential long-term health effects of exposure to toxic substances by members of the Armed Forces and their descendants. Whilst this may empower many to consider a personal injury lawyer, others who may not have such resources would then be able to get support to cope with and be informed about the realities of what they were exposed to, and what it is doing to their bodies.

“The information identified by the Institute of Medicine, as a result of the Agent Orange Act of 1991, regarding the negative impact on the health of Vietnam veterans resulted in a long list of ailments approved as ‘presumptive’ diseases by the Dept. Of Veterans Affairs,” said VVA National President John Rowan. “Many Vietnam veterans have already succumbed to these ailments and more will in the future. While we are concerned, we understand that we raised our right hands and agreed to serve our country in a time of war. Our progeny did not. It is dismaying that it is possibility that these diseases have carried over to our children and grand-children. The Toxic Exposure Research Act of 2015 will hopefully enable us to determine how long these health problems will continue to haunt our families”

“The American Legion believes in treating the veteran first, funding the necessary research, and ensuring that service members are not exposed to chemical hazards again,” said Ian de Planque, American Legion Legislative Director. “This legislation would help address the need to better understand the toxins that many veterans have been exposed to, and enhance the understanding that the effect of exposure may have on veterans’ descendants.”

“All too often, we have failed to extend the proper recognition to veterans and their descendants for debilitating health conditions they suffer from, due to the veterans exposure to toxic substances,” said Aleks Morosky, Deputy Director of National Legislative Service for VFW. “This bill would begin to address that issue by directing VA to properly study all those affected by service-related toxic exposure, and the VFW thanks Senator Moran for bringing it forward.”

Many of the symptoms from toxic exposure are frequently misdiagnosed in descendants of veterans due to a lack of understanding and scientific proof. However, veterans have observed increased levels of cancers, birth defects and other conditions in their subsequent generations. The evidence of these wounds of war afflicting the children and grandchildren of service members exposed to toxins is growing and research is warranted to collect data and study this issue. The goal of this medical research is to determine the conditions that result from debilitating toxins and hopefully lead to the appropriate support and benefits veterans and family members deserve.