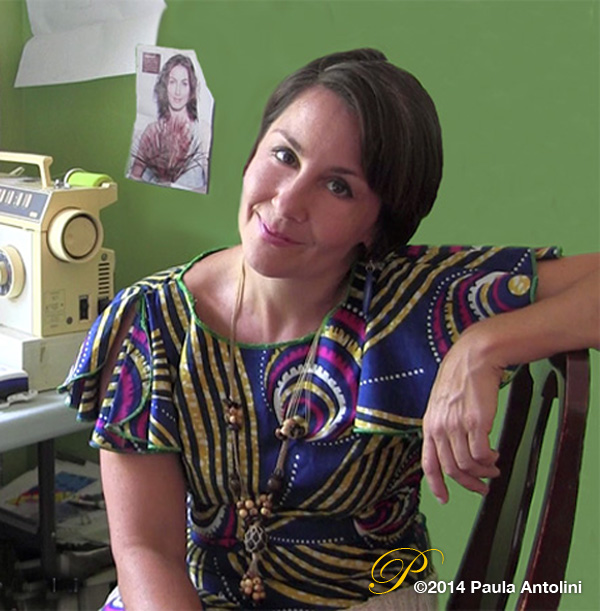 VIDEO: Bethel Fashion Designer, Illustrator & Author Laura Volpintesta Inspires Others to ‘Draw What You Can Dream’ 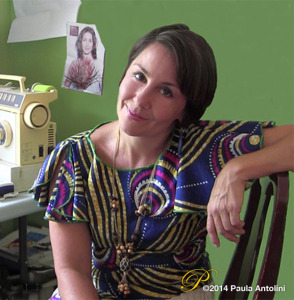 “Soulful Fashion Immersion” is how the unassuming, multi-talented Laura Volpintesta describes her world of fashion design and illustration.

She is one of the hidden gems of Bethel’s art and culture scene, quietly working at her craft and imparting her vast knowledge of design to others, teaching classes in fashion design and illustration online and in New York city. Artist extraordinaire Volpintesta grew up in Bethel and remained here to raise her children and operate her business.

Volpintesta is also an author of a highly regarded fashion design and illustration book entitled, “The Language of Fashion Design: 26 Principles Every Fashion Designer Should Know.” Volpintesta will be appearing at Byrd’s Books on Sunday, September 28th at 2:00 p.m., to discuss the fundamentals of great fashion design from around the world and her new book.

In my personal in-depth interview with Volpintesta, the energy and enthusiasm she puts into everything she does is contagious. We discover that she has many other areas of interest too, talent galore, and a definite direction in how she approaches design in today’s world.

Besides English, Volpintesta speaks Brazilian, Portuguese and French. The similarities in learning a new language directly relate to mastering the foundation of fashion design’s language, including the definitions, function, and usage.

Laura Volpintesta’s new book is a testament to the diversity and range of her expertise as a Fashion Designer, but there is so much more to learn about her artistic endeavors. The book is described as, “A reference and a resource, an inspirational and instructional volume. Based on the English alphabet, the 26 chapters represent the 26 essential elements of the language used to discuss, describe, and analyze fashion design concepts.”

The book contains numerous visual references of a cross-section of designers, some of whom are not famous, but were purposely chosen to be included in the book because of the design elements of their work. The book shows how these elements are used in a vast array of design disciplines. This is eye candy to aspiring fashion designers as well as established professionals.

Volpintesta began her education locally when she received a scholarship to attend Western Connecticut State University and was in an honors program there, then received a partial scholarship to study at Parsons the New School for Design in New York City in the 1990’s. She lived in the West Village but indicated she loved the East Village best, “with all its shops and old buildings,” which she said she hardly got to visit because the fashion design center was in midtown.

In contrast, in her sophomore year at Parsons she studied in France attending Parsons Paris. “That was really awesome,” she said. She has fond memories of great instructors there and of being heavily influenced towards Asian and African design styles and patterns of fabric, which she still leans towards today.

Within two years of her Parsons 1995 graduation in NY with a BFA in Fashion Design, she was recruited back to teach fashion design (draping, pattern making), illustration, portfolio and concept development, model drawing, rendering, and technical drawing, and also developed the first fully online fashion studio course in 2008.

This mother of three started teaching her own online courses at “ Fashion Illustration TRIBE” in 2013, with a specific environmental and worldly approach to design. “I research sustainability and ethics in fashion business methods and models that benefit the environment and the families that live on this gorgeous planet. I believe that the woman making the garment and the woman wearing the garment are equals and should be considered as such in the business model. I believe in fashion design and illustration that supports real women’s bodies and lifestyles. I love diversity of age, race and size in fashion art,” Volpintesta said. Teaching from home allowed her to be home for her children and at the same time interact with people from around the world, doing the fashion design career that she loves.

Volpintesta describes herself as “a jack-of-all-trades” because she really loves eclectic design, she said. She loves when “everything is mixed together.” She said she loves “embroidery, crochet, knitting, sewing, drawing, painting, singing, folk dancing, percussion, and being a Mom, and now I love marketing because of my business.” She particularly likes how the Library Journal described her book as “omnivorous.” However, she did say her family is most important in her life.

Her love of fashion began early in her childhood at about age 11, when she remembers her mother and aunt making clothes and being surrounded by other creative relatives like her grandfather who was an industrial and commercial designer. Another aunt had a Japanese husband and had a lot of Japanese clothes, Volpintesta said, and a third aunt was into couture design. She said she liked to “doodle” and before that she remembers mostly music in her life. What stood out most is when her grandmother purchased a subscription to Elle Magazine for her, “when the magazine’s format was a square shape instead of rectangle,” she said. “It had way less busyness in it and it was so rich.”

Her interests in the creative arts carry over into other areas too. She is a vocalist and dancer specializing in Jazz and Brazilian style music and dance, who has performed locally in CT.

When asked where she gets her design inspiration from, Volpintesta said, “Originally it was Japan, those Japanese designers in the Elle magazine” and explained, “it is always this otherworldly thing, because I live in the town I grew up in so everything is so familiar and I’ve always had this longing for other worlds. Like in the Japanese design, for example, I was seeing colors I’d never seen before, and I was thinking, ‘how could there be a color I’ve never seen before, I’m 20.’ And then I realized it was the combinations that made the colors completely new. I realized when I got to Paris that a lot of those colors were in the African fabrics. The combinations were so different that every color looked new. I love that feeling of newness in your life, like, ‘I‘ve never seen that shape, I’ve never had that thought.’ All those things make your world bigger. So for me, I was always reaching out, farther and farther.’”

She eventually found that she was heavily influenced by Asian and African clothing because it was a “looser and more comfortable style” than European clothing, which she found “restricting and uncomfortable.” She said, “I still love that idea of fullness and volume, and of feeling gift wrapped.”

Volpintesta hopes to be more of a global designer and said she wants Americans to “open their perspective more.” She remembered growing up doing Origami and what beautiful block printed papers she worked with, and said she still loves block printed and artisan fabrics. She said, “Prints to me are like paintings you wear.” I tend to stay away from any designs that are in the media too much because it is then too common at the time. I like to look outside of what’s common.”

Volpintesta is sensitive to the environmental aspects of fashion design. She said she remembers going on a “sustainable luxury tour” in Soho, and she spoke about a store called Osklen, “It’s a Brazilian designer that did some ecological initiatives which I love, Zero waste, or if it’s Fair Trade, those ways of doing business that I can really be excited about, yes. I actually like a lot of detail, like a lot of seams and details and things, but ethically I don’t know if I believe in that because of the work and the pay that goes into making those things.”

She feels that the biggest problem today in the fashion business is awareness of how garments were produced, and appreciating the quality of garments today. She said, “It leads to a spiritual crisis if we value our lives more than other people’s lives or why is your comfort more valuable than the comfort of the person who made the garment?” Volpintesta feels there should be a consciousness about how other people live, how the garment was made and where, how much the worker got paid, etc.