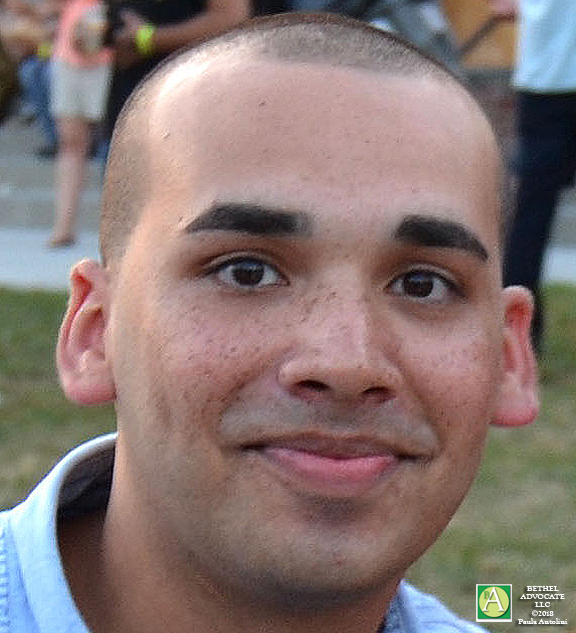 Bethel Advocate received the final documents via our FOIA request, from the State Elections Enforcement Commission (SEEC) for File No. 2018-102 regarding the complaint against Raghib Allie-Brennan by Dan Carter, which includes the SEEC final decision, documents of proof, witness testimony letters, correspondence to and from Allie-Brennan, and many other details.

The Commission said Allie-Brennan was properly registered to vote and maintained a residence a 9 Cross Hill Road in Bethel based on the definition of “bona fide” residence, which states, “is the place where that individual maintains a true, fixed, and principal home to which he or she, whenever transiently located, has an intent to return.” In other words “bona fide residence” is synonymous with “domicile.”

Moreover, the Commission concluded that if an individual has established residency at a location, “only the Respondent’s abandonment of the residence … will extinguish [his or] her right as an elector in that town.”

The final decision: “The Commission dismissed the allegations that served as the basis for this complaint against Mr. Allie-Brennan because they were not substantiated by the application of the law to the facts in this instance,” reads the final SEEC decision regarding Dan Carter’s SEEC complaint pursuant to CT General Statutes Sec. 9-12 Who may be admitted, Sec. 9-170 Eligibility to vote at town elections, and Sec. 9-360 Fraudulent voting, File No. 2018-102.

Bethel Advocate asked CT State Rep. Raghib Allie-Brennan (D) for his response to the SEEC decision and on March 29, 2019 he stated:

“I’m pleased that this frivolous, partisan driven complaint has been settled and that I have been vindicated. Since being sworn in back in January of this year, I’ve focused on representing the 2nd district and addressing the important issues that affect Connecticut families. I look forward to working with anyone who shares those goals.”

We asked Former CT State Rep. Dan Carter (R) for his response to the SEEC decision and on March 29, 2019 he stated:

“The SEEC investigation was thorough, accurate, and clearly establishes that to be a bona fide resident one only needs to be able to receive some mail, and keep enough furniture at a property to sleep.

“Given the fact that there’s significant state resources invested in legislative elections, lawmakers and regulators should address the existing loopholes that expose the state to fraud.

“We have seen people use residency loopholes for years, but I am still unclear why Allie-Brennan felt he needed to use his parents vacant home as an address when there was never a requirement to do so in the first place.”

Allie-Brennan Response to the Commission

In response to Carter’s complaint and the SEEC investigation, as shown in the FOIA documents, Allie Brennan presented the following statements and documents to support his claim to reside at 9 Cross Hill Road in Bethel, CT, at all times relevant to this complaint:

In an email from Allie-Brennan dated January 3, 2019 responding to Lead Legal Investigator Gilberto Oyola’s additional questions on December 26, 2018 (originally questions from Oyola were in an email December 14, 2018), asking for witness statements from neighbors, church memberships, club/association memberships, schools, work and parents, also utility bills, tax and insurance papers (home and auto), and bank/credit card statements, Raghib included additional documents and responded in part, “I did not include statements from church memberships as I have not attended church regularly in some years. My only club/association membership is with the Democratic Party and I did not think that was appropriate to include. I also did not include anything from schools since I do not have children.” Oyola also asked for a statement from “any realtor involved in the listing and selling of your parent’s property in Bethel between 2016 and 2018.”

In the same email Oyola also stated that Allie-Brennan “owns a cellular phone” but failed to “disclose a telephone billing statement (home and/or cell) registered at 9 Cross Hill Road in the Town of Bethel.” Allie-Brennan replied, “I did not include my telephone billing statement because I get this electronically and did not change the address since I left Washington DC in 2016. I have attached for your reference statements from December 2017 and November 2018 to support this.”

The five witnesses in this case for Allie-Brennan were Mr. Allie-Brennan’s parents Imtiaz Allie and Serena Allie, his employer Joseph Pastore, a neighbor Danielle Scolpino, and the listing agent of the 9 Cross Hill property in Bethel, Kayanne Vibbert. Their testimony was in the form of letters to the Lead Legal Investigator Gilberto Oyola.

Allie-Brennan’s father Imitiaz Allie, wrote in his letter of testimony to Oyola (not dated) that his son Raghib was living in the 9 Cross Hill Bethel home from “December 27, 2017 until its sale in November 2018.”

The Imitiaz Allie testimony letter reads, “As Raghib’s father I allowed my son to live at home and did not have him sign a lease, charge him rent, or have him pay any of the utility bills. As a parent I did not want my son to worry about paying rent somewhere else in town while balancing work and campaigning.” View entire letter below:

Allie Brennan’s mother Serena Allie wrote in her letter of testimony to Oyola (not dated) that “Although I wish my son lived with me in Southbury he resided at our former family home at 9 Cross Hill Road at the time of his filing to run up until after the 2018 election.“ Serena Allie also claims that, “Raghib sometimes had packages sent to my residence in Southbury, especially during the Christmas season, which is why his name may appear at this address in a google search.” This statement refers to Google search results, such as the Google research results Bethel Advocate showed in the original article where Raghib Allie-Brenna’s name was listed on Google as living in Southbury. View entire letter below.

Allie Brennan’s neighbor Danielle Scolpino, wrote in her letter of testimony to Oyola (not dated) that, “Raghib has been living at 9 Cross Hill over the course of this past election cycle including when he filed papers to run back in December of 2017.“ View entire letter below.

Allie Brennan’s employer Joseph M. Pastore III, wrote in his letter of testimony to Oyola that, “Raghib Allie-Brennan has been an employee with our firm Pastore & Dailey LLC since the fall of 2016. Throughout this time Raghib has provided us with documentation for taxes and other purposes using his home address of 9 Cross Hill Road in Bethel.” View entire letter below.

In Kayanne Vibbert’s (the listing agent for the home located at 9 Cross Hill Road in Bethel CT) written testimony to Oyola on 1/3/19, Vibbert wrote, “I am writing to you on the request of the Allie family whom I have represented for many years … I was the listing agent in charge of selling the property at 9 Cross Hill Road in Bethel from August 2017 until its sale in November 2018 when the property was sold. My client informed me that his son Raghib Allie-Brennan would be living at this location throughout the process of the sale. When there was a showing I would inform my client, Imitiaz Allie of the showing so he could arrange for the home to be available to show. Although furniture was moved in and out over the year some bed sets and other furniture remained in the home.” View Vibbert’s entire letter below.

Allie-Brennan stated the time frame he claimed to have lived at 9 Cross Hill Road in Bethel, CT and said, “9 Cross Hill Road was my principal address from April 2016 to the end of November 2018,” according to an email he sent to Oyola on December 13, 2018, and also in other documents such as his Affidavit. Yet in an email to Oyola on January 4, 2019, Allie-Brennan said, “Our house at 9 Cross Hill Road sold days after Election Day. I immediately moved to 26 Grassy Plain Street Unit 106 in Bethel where I rent. I have attached the lease and a copy of my Eversource bill. I do not have any rent receipts.”

The Bethel property sold on 11/14/18 according to the price history (click on “price history” to view) on Zillow.com.

Allie-Brennan presented a rental agreement to Oyola as shown below (redacted by Commission):

On November 5, 2018, former CT State Rep. Dan Carter filed an SEEC complaint pursuant to CT General Statutes Sec. 9-12 Who may be admitted, Sec. 9-170 Eligibility to vote at town elections, and Sec. 9-360 Fraudulent voting, File No. 2018-102, against then candidate for State Rep. Raghib Allie-Brennan, alleging that he violated election law by registering to vote where he was not a “bona fide” resident, and related violations regarding his registering a candidate committee and running for elective office from a “vacant home,” as stated in the SEEC “Findings and Conclusions” document.

On November 14, 2018 the SEEC (the “Commission”) voted to authorize an investigation according to a letter sent to Dan Carter by the Lead legal Investigator Gilberto Oyola on November 15, 2018. On this same date, Oyola sent a letter to Allie-Brennan identifying him as a “respondent” for alleged violations of election laws. Allie-Brennan had until November 26, 2018 to respond, and the letter indicated that “a written response is recommended and expected.”

Pursuant to CT State Statute 9-7b, the Commission had one year from the date the complaint was received, to resolve the matter, according to a letter sent to Allie-Brennan on November 30, 2018, by Oyola.

“The Affidavit of Raghib Allie-Brennan” was signed on December 13, 2018 and the statement was subscribed and sworn to before Steven DeMoura, Commissioner of the Superior Court. Seventeen points were covered in his statement and among them Allie-Brennan said, “I resided at 9 Cross Hill Road [in Bethel, CT] continuously from April 2016 through November 2018.”

We will update this article as more information is received.