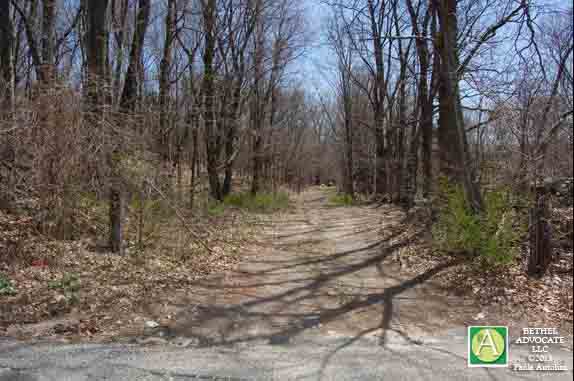 I am pleased to report that the final decision was made by the Bethel Board of Selectmen regarding final rules and regulations for the Franc Preserve, located on the southeast corner of Old Hawleyville Road and Plumtrees Road in Bethel, CT. Most of the recommended “Final Proposed Rules and Regulations” for the Franc Preserve by the Franc Commission were adopted at a BOS meeting on April 22, 2014.

I am a member of the Franc Commission since May 2013, a commission that was charged with recommending recreational activities to the BOS for this town park and worked for five months to achieve this goal.  This included a thorough hike of the property, numerous commission meetings, and two public meetings in 2013 where residents were allowed to make personal recommendations about recreational activities they wanted to have in the Franc Preserve, along with comments about what they did not want too. We also did extensive research on topics of discussion and arranged for experts in those areas to discuss matters at meetings.

I previously wrote an article “The Bethel Franc Property: Paradise or Politics?” citing safety issues of having hunters in the park at the same time as recreational activities. I encouraged residents to participate in the process of discussing this safety matter with town officials.  I also attended a BOS meeting in September 2013 voicing these same safety concerns. The outcome of that meeting was that hunting and trapping was tabled for later discussion and decision by the Board of Selectmen.

The final decision is that the current rules and regulations will not allow hunting or trapping in Franc Preserve.

I contacted First Selectman Matt Knickerbocker on April 27, 2014, for an update on the Franc Property rules and regulations.  His reply on April 28, 2014, was, “With regard the Franc property, the BOS voted last week to officially designate it as a town park and turn it over to the authority of the Parks and Recreation Commission and to adopt the rules as recommended by the Franc commission. You can find the minutes of the meeting online.”

The minutes of the meeting online did not contain the actual rules and regulations that were approved, it only stated that rules were approved.

I contacted Bethel Parks and Recreation Director Eileen Earle for a clarification and today I received the final rules and regulations that I requested about the Franc Preserve, approved by the BOS as follows:

I am pleased the decision was made to insure safety to Bethel residents and anyone else who will visit the Franc Preserve.