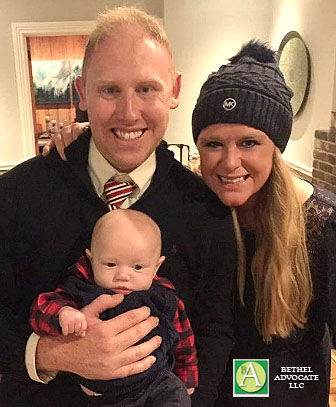 Photo: CT State Representative Steve Harding defeated his opponent Daniel Pearson in the 107th district and won reelection to another term, shown here with his wife Kelly and baby Carter.

Congratulations to all the winners in yesterday’s election.

Despite the rainy weather, a high volume of voters came out to vote.  Most races were extremely close. (See results below) 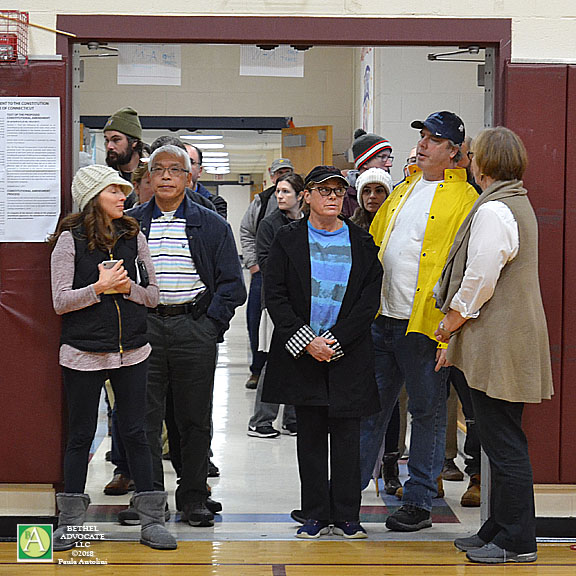 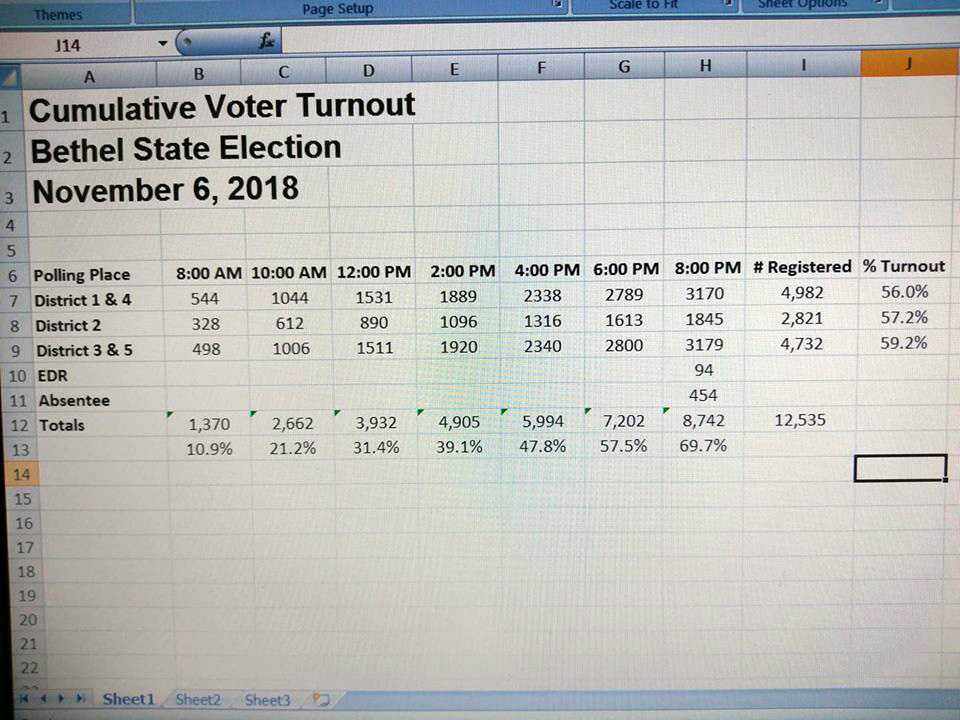 Ned Lamont, Governor: “Earlier this morning, I received a call from Bob Stefanowski. After a long campaign, he could not have been more gracious, and I could not be more appreciative. I look forward to working with him, because we all need to come together – regardless of party – to solve our state’s biggest challenges. I’m humbled and I want every resident to know how grateful I am for this extraordinary honor. I will work every day – honestly and thoughtfully – to move this state forward and be a champion for Connecticut.”

Outgoing Governor Danniel Malloy congratulated Ned Lamont: “Elections offer a snapshot of the collective character as a state or nation. It’s our opportunity to affirm who we are and what we value. And today, Connecticut spoke loud and clear that we stand for fairness, inclusivity, and decency. That the politics of President Trump have no home here. That we resoundingly reject his politics of division, falsehoods, and empty promises. I offer my heartfelt congratulations to Governor-elect Ned Lamont and Lieutenant Governor-elect Susan Byslewicz. Unquestionably, Connecticut has forward momentum, and of all the candidates on the ballot for these offices, they are, by far, the best suited to keep the state moving in the right direction. Under their leadership, Connecticut’s future remains bright.”

Steve Harding, incumbent State Representative, 107th district reelected: “I am humbled by the support in our community and thank all of my constituents for placing the confidence in me to represent the 107th district for another 2 years. It is the highest of honors. Thank you to my amazing family and volunteers for their endless hard work in making this possible. I would also like to thank my worthy opponent, Daniel Pearson, along with his team, for graciously visiting our HQ and offering their congratulations. I look forward to working with them and all our neighbors in advocating for all of us in Hartford. Thank you again!”

Raghib Allie-Brennan, 26th district, State Representative: (Pre-final-vote) “Over the course of my life, I have learned just how important supporting your family, your friends, and your community is. This value was instilled in me very early on—the need to take care of one another. As I sit here at campaign HQ on Election Day 2018, I am looking across the table at my grandmother who is making calls on behalf of her grandson to help him win today. Thank you to everyone who has given their time and effort to our campaign. I can’t tell you how much it means to me to have your support, and hopefully, your vote. When we take care of and support one another, we always win.”

Bob Stefanowski, conceding, Governor race: “A few moments ago, I called Ned Lamont to concede the race for governor and congratulate him on a hard-fought victory. I wish both Ned and the state of Connecticut success over these next four years.

“While this is not the result we would have hoped for, I am glad that we were able to draw so much attention to the tax burden in this state. Think about it – at the beginning of this race, we were laser-focused on cutting taxes, while other candidates were talking about raising taxes. We were able to mold the discussion in such a way that the other candidates slowly began to come around to the same conclusion to varying degrees.

“I am hopeful that by relentlessly focusing on that issue we’ve started the conversation on how we can start to bring the tax burden on Connecticut families down.

“Words cannot express how humbled and honored I am at the tremendous support we received from people all across Connecticut during this campaign.

“This road hasn’t been easy on any of us, but I want to thank my incredible wife Amy and my 3 beautiful girls for taking this journey with me – for having my back throughout this campaign – for putting up with the late nights and the nasty ads – and for encouraging me when I questioned whether we were doing the right thing.

“I also want to thank to thank our army of tireless supporters who donated, put in countless hours on the phones, knocked doors, and helped to get out the vote.

“I will be forever grateful for the love and support this state has shown me, my family and this campaign over the last year.

“I have learned a lot over the course of this campaign, but the biggest takeaway for me has been the realization that CT is one big family. That won’t end with the campaign. We will continue to share that bond regardless of today’s outcome.”

Toni Boucher, conceding, incumbent State Senator, 26th district: “I would like to congratulate Will Haskell for running a strong campaign and wish him much success in his new role as State Senator for the 26th district. It’s a big responsibility and I am sure he will devote his energies to serving the people well.

“I am deeply thankful to the voters for having given me the rare and extraordinary honor of serving them here at home, on local boards and in the legislature in Hartford. I have always put every ounce of passion, commitment into these roles with ultimate objective of serving my constituents well.

“Coming here as an immigrant with no money, education, and not speaking a word of English at the age of 5, CT has had an incredible positive impact on my life and I am forever grateful.

“Here we are at the last polling place of the night in Wilton. A few machines broke so we may not know the results until very late.

“Thanks you also to my family, wonderful husband and the many volunteers who stuck with me through this tough campaign season and over the years. I could not do this without you. You have my eternal gratitude. Thank you.”

Michael McLachlan, conceding, incumbent State Senator, 24th district: “I was honored to serve the residents of Danbury, Bethel, New Fairfield and Sherman for ten years in the State Senate. I am grateful to God for this opportunity and stand ready for the next assignment!”

Will Duff, conceding, incumbent State Representative: “Tonight the citizens of the 2nd have decided to elect my opponent to represent them in the Connecticut General Assembly. I want to thank all my supporters for their time and effort. I have learned a lot and have no regrets, Thanks to everyone for their love and support.” 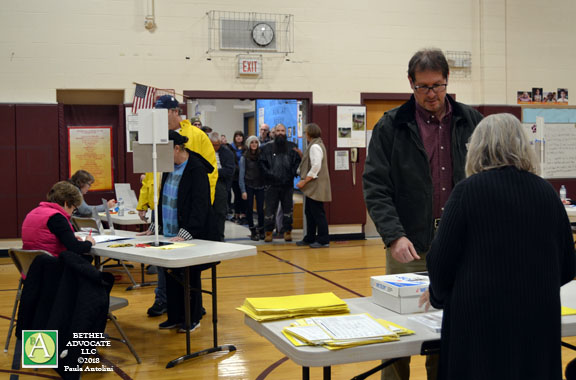 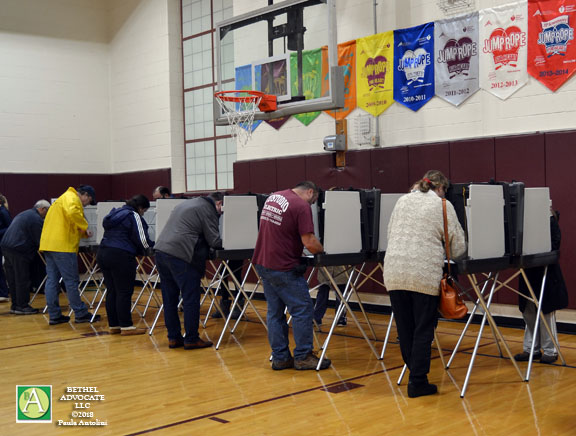 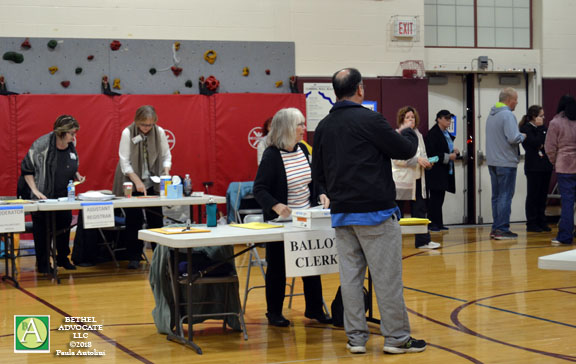 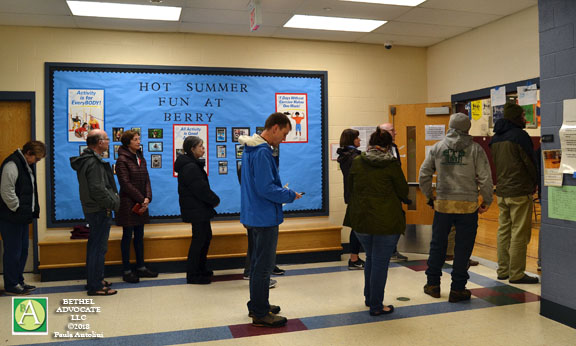 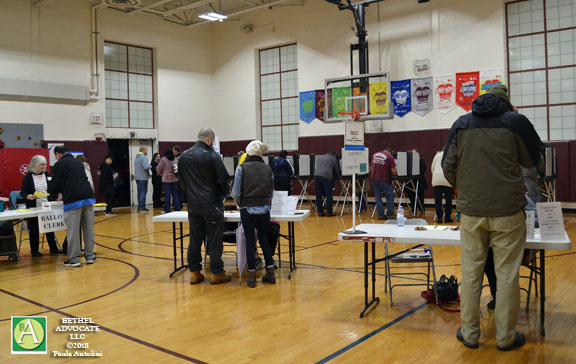