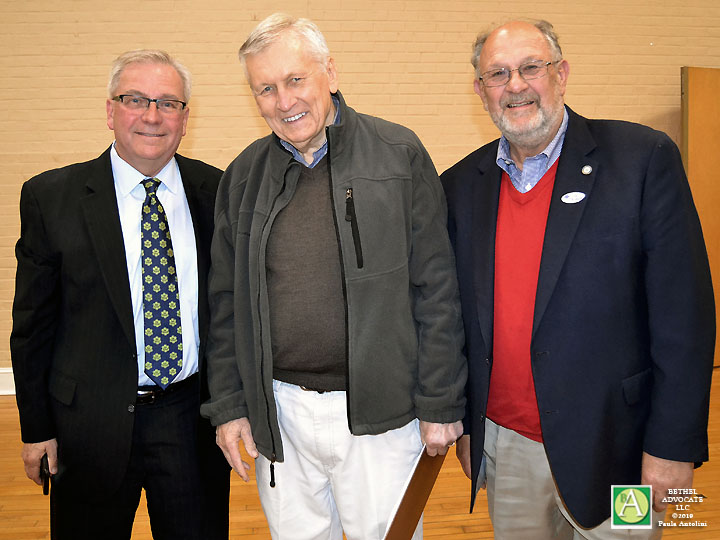 In a dazzling repeat triple-win for the Incumbent Board of Selectmen, First Selectman Matthew Knickerbocker (D) 2,396 votes (correction from chart below), Selectman Richard Straiton (D) 2,650 votes and Selectman Paul Szatkowski (R) 2,299 votes, and were all smiles last night after the final election results were tallied.

Republicans/Independents made a clean sweep on the Board of Finance, with Nicholas Ellis (R/I) receiving 2.965 votes, Brian Terzian (R/I) 2,639 votes, and Cynthia McCorkindale (R/I) 2,530 votes, over Democrat challengers Claudia Stephen with 2,480 votes and Karen Foster 2,455 votes.

We have word that there is a recount on some of the votes, we will post information as we receive it.

He said, “No race qualifies for an automatic recount.:”