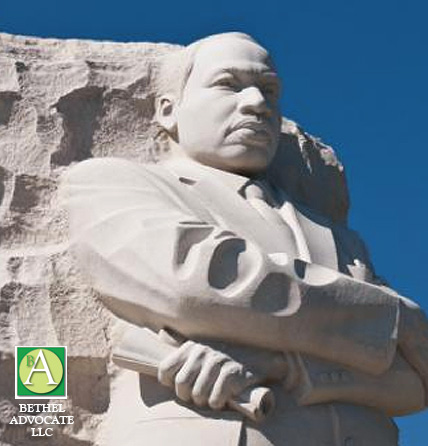 Dr. Martin Luther King Jr. Day is a federal holiday held on the third Monday of January.   It is seen as a day to promote equal rights for all Americans, regardless of their background. 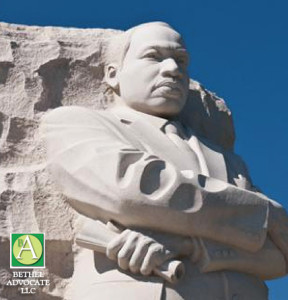 “The Stone Of Hope” memorial by master sculptor Lei Yixin was opened to the public in West Potomac Park, Washington DC, on August 22, 2011.

Martin Luther King Day is a federal holiday held on the third Monday of January.   It is seen as a day to promote equal rights for all Americans, regardless of their background.   It celebrates the life and achievements of Dr. Martin Luther King Jr., an influential American civil rights leader. He is most well-known for his campaigns to end racial segregation on public transport and for racial equality in the United States.

Dr. Martin Luther King Jr. was an important civil rights activist. He was a leader in the movement to end racial segregation in the United States. His most famous address was the “I Have A Dream” speech. He was an advocate of non-violent protest and became the youngest man to be awarded the Nobel Peace Prize. He was assassinated in 1968.

In 1968, shortly after Martin Luther King died, a campaign was started for his birthday to become a holiday to honor him. After the first bill was introduced, trade unions lead the campaign for the federal holiday. It was endorsed in 1976. Following support from the musician Stevie Wonder with his single “Happy Birthday” and a petition with six million signatures, the bill became law in 1983. Martin Luther King Day was first observed in 1986, although it was not observed in all states until the year 2000. In 1990, the Wyoming legislature designated Martin Luther King Jr/Wyoming Equality Day as a legal holiday.

Non-essential Government departments are closed, as are many corporations. Some schools and colleges close but others stay open and teach their students about the life and work of Martin Luther King. Small companies, such as grocery stores and restaurants tend to be open, although a growing number are choosing to close on this day.  Recent federal legislation encourages Americans to give some of their time on Martin Luther King Day as volunteers in citizen action groups. Public transit systems may or may not operate on their regular schedule.

139 thoughts on “This Monday We Celebrate Dr. Martin Luther King Jr. Day in the United States”