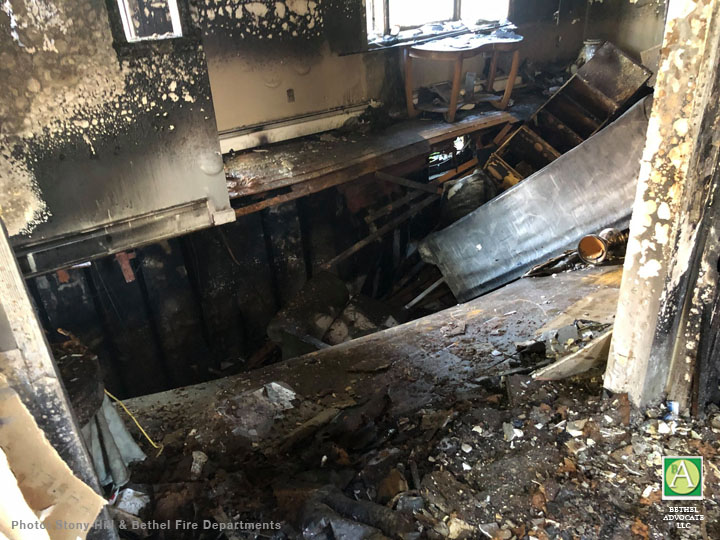 On Friday, January 24th 2020 at 9:51 AM, Stony Hill and Bethel Firefighters were dispatched to a reported structure fire on Oak Ridge Rd near the intersection of Walnut Hill Rd. Bethel Police Department arrived on scene shortly after, reporting heavy smoke coming from the house.

Stony Hill Engine 1 was en route at 9:54 AM, just three minutes after dispatch. Engine 1 arrived on scene under the command of Chief John Baker, finding a working structure fire with heavy smoke from the front door and windows. Brookfield Volunteer Fire Company and Danbury Fire Department – CT Engine 24 were requested to the scene to assist.

Within the first few minutes on scene, crews were faced with deteriorating conditions which ultimately lead to a floor collapse in the front living room. At that time, the building was evacuated and a defensive attack was initiated.

The fire was brought under control in approximately 60 minutes. Crews remained on scene hitting hot spots and overhauling the badly damaged house. Hawleyville Volunteer Fire Company #1 was brought into the scene at that time to assist as well.

2 civilians and 1 Firefighter were transported to Danbury Hospital with non-life threatening injuries. The cause of the fire remains under investigation by the Bethel Emergency Management & Fire Marshal office.