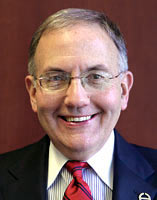 Senate President Looney: “Passing this bill will demonstrate Connecticut’s great appreciation for the service and sacrifice of our nation’s veterans…”

“Passing this bill will demonstrate Connecticut’s great appreciation for the service and sacrifice of our nation’s veterans by providing a one hundred percent exemption from the state income tax for federally taxable military retirement pay,” said Senate President Martin M. Looney (D-New Haven). “I believe we can and should do better to help our veterans transition back into civilian life here in Connecticut.”

“Most people would like to retire in a state where they can get the most bang for their buck, and military retirees are no different in that regard,” said Senate Majority Leader Bob Duff (D-Norwalk). “When they see that Massachusetts and New York fully exempt military retirement pay from state income taxes, it puts Connecticut at a competitive disadvantage. Losing veterans to these states and others means losing some of the most dedicated volunteers and public servants our communities have. This bill will make Connecticut a more attractive option for our retiring veterans.”

“We need to be moving toward exempting more retirement and pension benefits in order to keep more people in this state, and one of the first places to start is with people who have served our country,” said state Senator Mae Flexer (D-Killingly), who is Senate Chair of the legislature’s Veterans’ Affairs Committee.

“Connecticut has always prided itself on being a leader in implementing critical legislation that positively benefits the lives of its residents, and other states have followed our lead,” said Senator Tim Larson (D-East Hartford), one of the bill’s introducers. “With more than 270,000 Connecticut veterans who face a variety of challenges-including employment and health issues, I believe that it is our responsibility to ensure that they receive adequate and full support to live a comfortable civilian life. Increasing the exemption rate from fifty to one hundred percent will allow us to become one step closer to accomplishing this goal.”

“In the next five years, through 2020, approximately 1.5 million combat veterans will leave active service,” said Michael J. Zacchea Lieutenant Colonel United States Marine Corps (ret). “I truly believe that increasing the state’s tax exemption of military pensions to 100 percent will serve to keep our state economically competitive and will be an important piece to articulating a comprehensive military-friendly strategy for retirees leaving active service through 2031.”

“The young men and women who join our nation’s military services do not in general do so with even a brief thought about someday being a retired soldier, sailor, airman, or Marine. Service in our Armed Forces, however difficult or dangerous, is a relatively brief experience for most of our country’s warriors,” Smith said.

“When our state loses them at the peak of their earnings potential, we lose much more than their continuing contribution to Connecticut sales and property taxes, we lose the volunteer and community work.

“For those of us who chose a full military career, I assure you we envisioned no pot of gold at the end of a rainbow. It is no secret that military pay and pensions are low, and thus very worthy of efforts at protection. The Veterans of Foreign Wars thanks the Senate Democrats for recognizing the value military retirees bring to communities throughout Connecticut.”