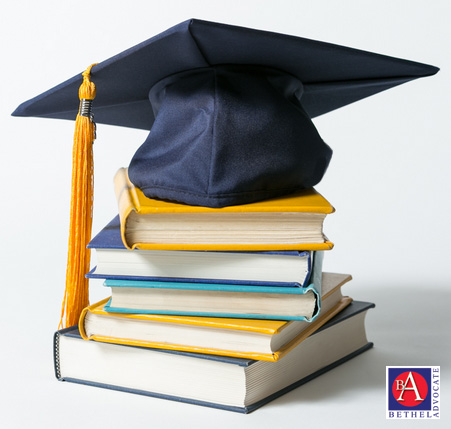 “U.S. News may claim that it now adequately addresses economic diversity by adjusting its new Pell metrics by the share of the student body receiving such grants. But this adjustment still leaves in the background the question of how widely schools open their doors to such students,” the senators wrote. “Moreover, it fails to consider the importance of diversity, inclusion, and representation in its own right. At the schools U.S. News rates most highly, this approach means the heart of the problem remains inadequately considered.  Without an exclusive metric assessing the access a college or university provides to historically underrepresented students, deep inequities will continue to be masked.”

The letter is available here and is copied below.

We write regarding the recent updates to the 2019 U.S. News & World Report (“U.S. News”) Best Colleges Rankings.  While the 2019 edition includes modest improvements to reflect colleges’ role in boosting social mobility, we urge you to consider further changes to your methodology by more expansively considering a school’s diversity, inclusion, and representation.  We join others in questioning whether the changes represent a true embrace of social mobility, as your ranking system still fails to consider the extent to which colleges enroll historically underrepresented students.   As the leading mass media ranking outlet, we fear U.S. News continues to create a perverse incentive for schools to adopt or maintain policies that perpetuate social and economic inequalities.  We urge U.S. News to comprehensively update its rankings to recognize the colleges that transform the lives of millions of historically underrepresented students and their families instead of the privileged few.

America’s best colleges and universities are those that look like America, educate all of our students, and prepare them for a diverse and global workforce.  As the primary mass media arbiter of college prestige relied upon by many students, families, and colleges, U.S. News has an obligation to assess American higher education fairly.  U.S. News should acknowledge and correct for the role its rankings have played in fueling the collegiate arms race and preserving regressive admission policies like legacy enrollment and early decision.  This approach prioritizes prestige and exacerbates America’s deeply ingrained and racialized wealth disparities.

We appreciate that U.S. News has taken a first step this year in the consideration of low-income students by accounting for both the graduation rate of Pell Grant recipients at an institution and whether a college graduates those students at the same rate as their peers.  Colleges should urgently work to close gaps in access to and outcomes at their campuses, and we are grateful that U.S. News has incorporated measurements of that work into its rankings for the first time.

Those two indicators, however, each make up only 2.5 percent of the ranking’s methodology.  While the new indicators are a noble start, they amount to a negligible change and pale in comparison to the substantial weight given to identifying wealthy and exclusive colleges—regardless of whether they serve a broad cross section of America’s students.  Sixty-five percent of a school’s ranking is still based on a vague measure of expert opinion (20 percent), faculty resources (20 percent), student excellence (10 percent), student spending (10 percent), and alumni giving (5 percent).   Additionally, U.S. News made very narrow changes to the metrics that value prestige, such as eliminating the acceptance rate metric that before comprised only 1.25 percent of the formula and reducing the weight on standardized test scores by a fraction of a percentage point. Inevitably, ranking systems reflect their creators’ views about what makes for a good college.  In the end, even after these tweaks, U.S. News’s methodology reflects an assumption that a college’s success in fundraising matters to its quality as much as its success in serving students from every walk of American life.  We believe judgments like that are indefensible.

U.S. News may claim that it now adequately addresses economic diversity by adjusting its new Pell metrics by the share of the student body receiving such grants.  But this adjustment still leaves in the background the question of how widely schools open their doors to such students.  Moreover, it fails to consider the importance of diversity, inclusion, and representation in its own right.  At the schools U.S. News rates most highly, this approach means the heart of the problem remains inadequately considered.  Without an exclusive metric assessing the access a college or university provides to historically underrepresented students, deep inequities will continue to be masked.  For example, the nation’s most selective colleges currently enroll only 14 percent Pell students and have a median endowment of $1.2 billion,  but we know that 40 percent of all high school graduates are low-income,  and of those that score in the top 10 percent of the ACT, 20 percent are low-income.   Meanwhile, the thousands of colleges doing the hard work of enrolling and supporting underrepresented students have a median endowment just one-hundredth the size of their more selective peers—$10 million.   While this year’s changes are steps in the right direction, they fall short of truly acting to recognize colleges—including many of our nation’s minority-serving institutions and community colleges—that serve as our country’s engines of social mobility and incent others to do so.  We encourage U.S. News to take that next and more meaningful stride.

As our country’s public conversation again grapples with the repercussions of stark wealth inequality—including the tremendous overrepresentation of alumni from elite high schools, colleges, and law schools across all three branches of our federal government and in other powerful positions of leadership—our nation’s wealthiest colleges must face public scrutiny and accountability for the role they play in either alleviating or cementing income inequality.

We urge U.S. News to use its influential platform to better align its rankings with the three longstanding goals behind federal financial aid: improving college access, supporting student success, and providing every talented student a pathway to economic stability and meaningful participation in our country’s economic, social, and civic life.  Doing so will provide colleges and universities with a single, clear roadmap for how to pursue academic excellence and how diversity, inclusion, and representation are key indicators of the extent to which a college contributes to those goals.

We all have a stake in combatting rising social immobility and providing a fair pathway of opportunity for all.  We ask that U.S. News make further improvements in next year’s 2020 Best Colleges Rankings and build on its initial steps to address a college’s role in spurring social mobility.  We hope that U.S. News will work hard to recognize the colleges that educate America’s diverse students and prepare the next generation of diverse American leaders.  We look forward to your response.