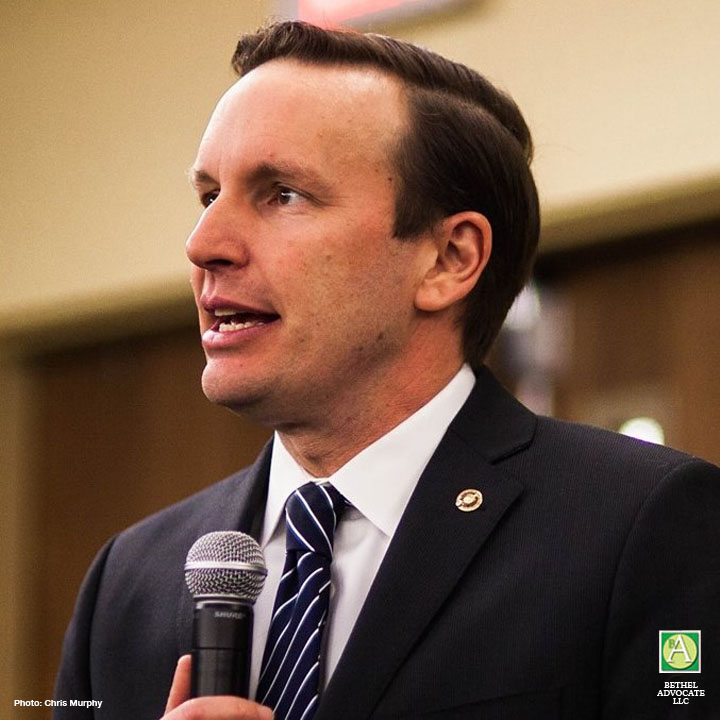 “I sat down last night to gather my thoughts about the violence we saw last week at the U.S. Capitol, how we hold the perpetrators accountable, and how we can move forward as a country. I hope you’ll take a few minutes to read it.

“The first thing that seemed wrong was how fast the Republican floor staffer was moving toward Senator Chuck Grassley. She abruptly rustled him from his seat in the front row of the chamber and motioned that he quickly ascend to the dais, to relieve Vice President Mike Pence in the chair.

“This transition from Pence to Grassley as presiding officer was expected, so maybe few people noticed anything out of the ordinary. But to me, the pace at which Pence was exiting the chamber seemed alarming. What we did not know, as Grassley was handed the gavel, was that at that very moment, rioters, who had been battling with law enforcement outside for over an hour, had entered the building, and were mustering right outside the Senate chamber.

“Fifteen tense minutes later, after sobbing, panicked staffers had been rushed into the chamber for safe harbor and all the doors had been frantically locked, a bloody-faced Capitol Police officer rushed into the chamber through a door not ten feet from my desk, and started shouting for everyone in the chamber to quickly evacuate. We filed out of the hall and made the long journey to a safe room on the Capitol campus. Out the windows of the Capitol we could see the rioters entering the building.

“The videos of what happened in those first hours of Wednesday afternoon are hard to watch. Yes, there must be an accounting of why our Capitol’s security failed so badly, but there were heroes that day — law enforcement officers who fought valiantly against bloodthirsty rioters for as long as they could. And while none of my colleagues did anything heroic, I’m still proud of what happened in that safe room once the Senate reassembled. Early on, Senators from both sides of the aisle made clear to Capitol Police that we were going back into that chamber — that night. Republicans and Democrats decided that we would not let these seditionists win. And they didn’t win. Within hours they were cleared out of the Capitol, and shortly after 8 pm, the Senate had reconvened and we finished the certification of Biden’s win. Before the riots, there were probably 13–20 Senate votes for the Cruz and Hawley objections. When the vote was called at 10 pm, they were down to 6. The insurrection attempt had lasted six hours, and all it did was convince more Senators to vote against their cause.

“But of course, our job is just beginning. Everyone who entered the Capitol on Wednesday must be arrested on federal charges. Those who engaged in violence or vandalism should spend a good part of the rest of their lives in jail. Regrettably, we must make an attempt to remove Donald Trump from office. Trump caused this — he knew exactly what he was doing when he sent the crowd to the Capitol, and by the end of the day, he was congratulating them on Twitter. “Remember this day forever!” he wrote. The blood of January 6th is on his hands. But while Trump may have lit the match, the firewood was neatly set into place by people like Ted Cruz, Josh Hawley, and dozens of House Republicans who intentionally created a false belief amongst Trump’s fanatics that their presence in Washington on Wednesday could keep Trump in office. They cannot escape accountability either.

“But perhaps most importantly, we have to divine the reason that our nation arrived at this point. What has driven such a large portion of Americans to this cataclysmic edge — this barren, apocalyptic precipice where facts are non-existent, democracy is secondary to cult, and mob violence is patriotic? If you do not believe this phenomenon is fleeting (and I do not) then there are two ways to stamp it out — either destroy it, or understand and treat it. I believe we will have to do a bit of both.

“Anyone engaging in or plotting insurrection or violence must be arrested and thrown in jail. Effective law enforcement is a tool here, and erasing the impunity these radicals now feel after Wednesday’s events will create a key deterrent to future action. Not all these idiots are actually willing to go to jail for a long time for their actions.

“This will not be enough though. No, we are a damaged nation today, riven by destructive factionalism and corrupted by an inability to understand others’ perspectives. This isn’t “both sides” pablum — I know the difference between peaceful Black Lives Matter marchers and MAGA insurgents armed with zip ties and stun guns. But I do believe that America today suffers from an identity crisis — a lack of a cohesive, united organizing principle around which every American can rally.

National identity in a dictatorship is easy — the despot, and the cult of personality surrounding the despot, is the identity. But finding a common purpose in a nation ruled by its citizens is harder. And since the end of the Cold War, when America was united in our defense against communism, we have struggled to find a new common purpose as great as those that existed prior. This has eased our slide into political and cultural corners. And Trump’s racism and xenophobia and general boorishness has hastened this retreat and made much more dangerous the corners in which many of his supporters find refuge. This cannot be our permanent fate as a nation, and the events of last Wednesday command us to work hard in 2021 to recapture this common project — this new definition of America — so that despite our differences, we can all find that larger idea of America to which we all ascribe.

That work will be arduous (and too complicated to begin describing in this email!), but it will be worth it. Because American democracy is worth it. Two hundred forty years later, our nation is still a fragile experiment. It is not by accident that over the course of human history, one thousandth of one percent of humans have lived in societies where ordinary citizens determine who rules. Democracies are unwieldy, they are chaotic, and they are fraught with vulnerabilities. They effectively disappeared from the world for nearly two thousand years after the Roman Republic fell, and it was a band of idealistic free thinkers, carving out a new civilization on the eastern shore of a continent called America, who decided to give it another try.

We are the inheritors of their world-changing decision. And nothing we face today is harder than the obstacles they faced in those early days of America. We can emerge stronger as a nation from this trial. To that end, I remain committed. To those that put me in a position of consequence at this moment, I remain indebted.