Congratulations to the Bethel Police Department for a winning referendum vote to approve funding for a new Bethel Police Station. 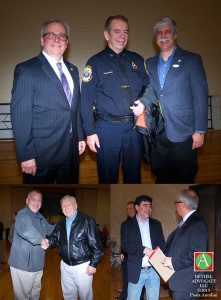 Congratulations to the Bethel Police Department for a winning referendum vote to approve funding for a new Bethel Police Station.

On Thursday Bethel voters’ voices were heard when they voted YES to approve funding a new $13.5M Bethel Police Station, an amount that was reduced from $14.1M from a referendum vote that did not go through about a year go.  The new PD headquarters will be located on town-owned property on Judd Avenue, set back from the road by hundreds of feet.

The unofficial vote tallies, as announced by the registrars at the CJH Municipal Center on Thursday, show that the winning margin was by 753 votes, as follows:

After the final vote tally was read we asked Chief Finch how he felt and he commented, “Now I feel better. This is something to look forward to.  We live in a very cramped building and knowing that there is new building, a planned expansion, it’s something for everyone to look forward to.  It will increase the amount of attitude when it comes to being professional.”

When asked how he felt about the vote, First Selectman Knickerbocker stated, “I’m elated.  I am really elated.  This whole process has brought the town together.  I know some people still had some reservations, but the massive show of support, this is the biggest margin that I’ve seen since the two vote spread at Bethel High.  This is a very strong show of support, it’s bipartisan, and non-partisan, and it’s brought the town together behind our police force, it’s really a great day for everybody.”

Knickerbocker estimated the time frame to build the new facility is approximately 2 years, “Depending on whether the engineering drawings are ready,” he said,  “Right now what they have are conceptual designs, it will take 6 to 8 months to actually do the blueprints.  Then the construction firm, it will take several months to bid specs, for all different several sub categories, to get the bid out, I expect site prep late Spring and construction by late summer, so we’re on our way.”

Selectman Szatkowski said, “As I said earlier, this is a bi-partisan effort. Matt and I and Republicans and Democrats, we got together and said, ‘You know this is something that’s definitely needed in town,’ this facility is out-moded, out-dated, it’s just time, it’s the 21st century, time to build a building like this, it’s got to last a hundred years.” He continued, “Today it’s a digital age, you have to expand.  This is planning the future.  This is what we really need.”

Residents Bill Hillman and Larry Craybas were instrumental in the cause to get a YES vote. They recently formed a political action committee “Bethel Police Station – YES.” which raised over $4000 in a relatively short period of time, to fund print materials and massive mailings to 4,000 residents along with advertising on three different local radio stations and approximately 4000 personal and robo-calls.  Hillman said he got reports that there was a twenty-five percent voter turnout. “A good turnout is always good for our side,” he said.  “So I think we got the word out, we got the facts out, and so far it’s been overwhelmingly in favor of supporting our police.”  Note: The interview with Hillman was conducted before 8 p.m., residents were still voting and the final vote tally was not in yet.

Bethel Police Captain Steve Pugner was also interviewed before the final vote tally and he was feeling confident.  “We have good voter turnout so hopefully it will turn out positive for us,” he said.  “So you’re feeling it’s going to be a yes vote?” Bethel Advocate asked.   “I feel that way and I hope so,” Pugner replied.

There were also numerous letters written by residents to news media and on social media arguing why Bethel needed this new Police Station built and in that exact location.

Bethel Police Chief Jeffrey Finch and other members of the police force held several informational meetings, complete with layouts, building plans and drawings, to help individuals understand the ongoing problems of the old headquarters and why a new facility is needed.  There were many question and answer sessions with the public and tours of the present police station were also offered, at the residents’ convenience.   Architects, the Town Attorney and Comptroller were also present to clarify points and answer questions at the public information sessions.

Tonight residents voted and Bethel will soon have a new state of the art police station to help our police force work at top capacity. 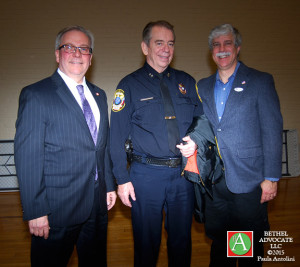 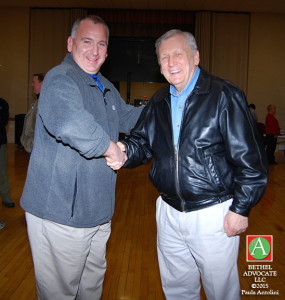 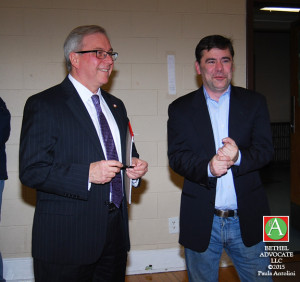 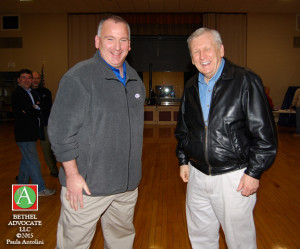 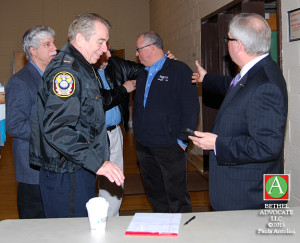 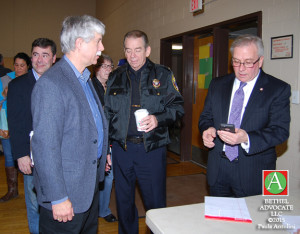 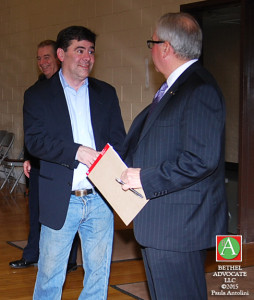 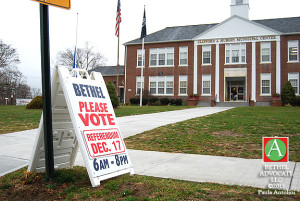 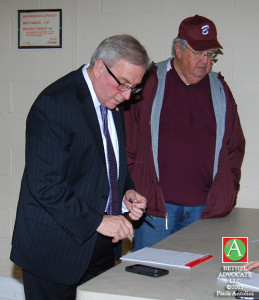 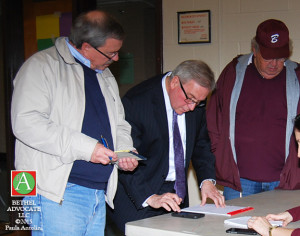 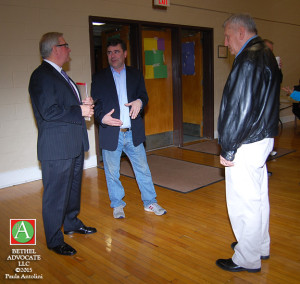 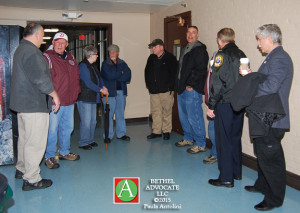 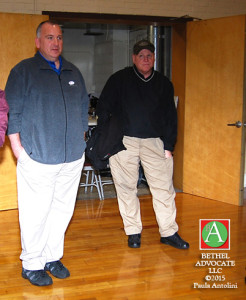 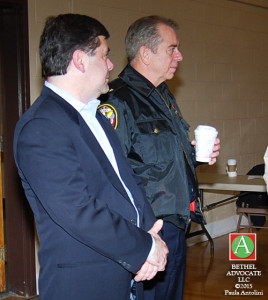