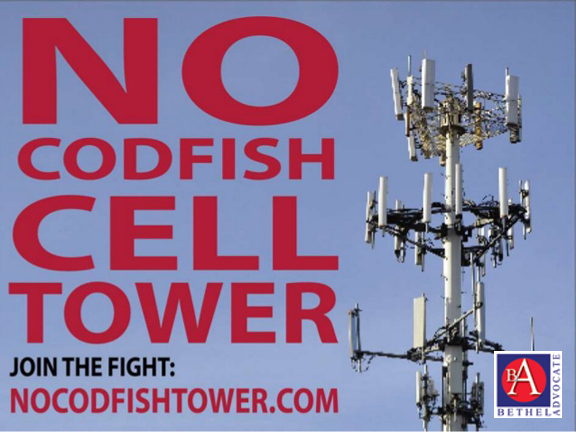 The group is asking that interested community members attend a CSC hearing on June 2 at Bethel Town Hall at 7 p.m.

Cell tower approval is not determined by the town, but by the Connecticut Siting Council (CSC). The group believes that by coming together as a broad community to fight the Codfish Hill tower, Bethel can show the CSC that residents will not stand for cell towers in any Bethel family neighborhoods.

The community group says the North Atlantic Towers’ proposed tower at 64 Codfish Hill is not designed to benefit voice or data connections in the immediate area, and will negatively impact the town and residents.  Visit http://nocodfishtower.com to see research on the negative impact of cell towers, including health concerns, a decline in property values, public safety risks, and visual blight.

The group is asking that interested community members attend a CSC hearing on June 2 at Bethel Town Hall at 7 p.m.