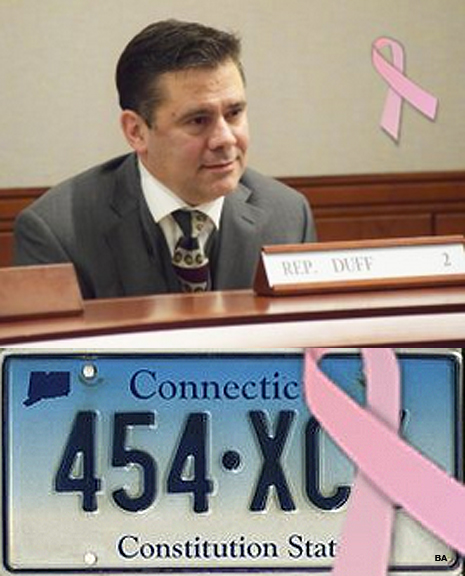 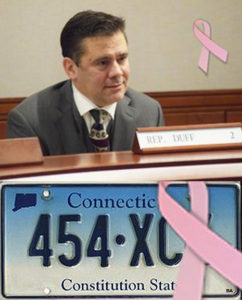 HARTFORD- To enhance public awareness of the importance of breast cancer research, State Rep. Will Duff (R-Bethel) has co-sponsored a bill this legislative session to have the state Department of Motor Vehicles (DMV) issue ‘Breast Cancer Awareness’ commemorative license plates.

“It is crucial, Connecticut, look to promote the importance of routine breast cancer screenings. A ‘Breast Cancer Awareness’ license plate sends a powerful message and acts as a moving billboard for the issue,” said Rep. Will Duff.  “Almost everyone knows someone who has underwent some sort of breast cancer treatment. I am proud to support this proposal.”

According to the Centers for Disease Control and Prevention, Connecticut has one of the highest incidences of breast cancer with a rate of nearly 138 per 100,000 people. However, Connecticut has a low morality rate relative to the rest of the country.

The bill received a public hearing in the Transportation committee in February and now awaits a vote by the committee.

Note: In 2016, the legislature passed a bill requiring private insurance companies to cover 3D mammography. 3-D mammograms enable a doctor to look at a three-dimensional picture of a breast, versus the traditional 2-D mammography which only produces images from the front and side.