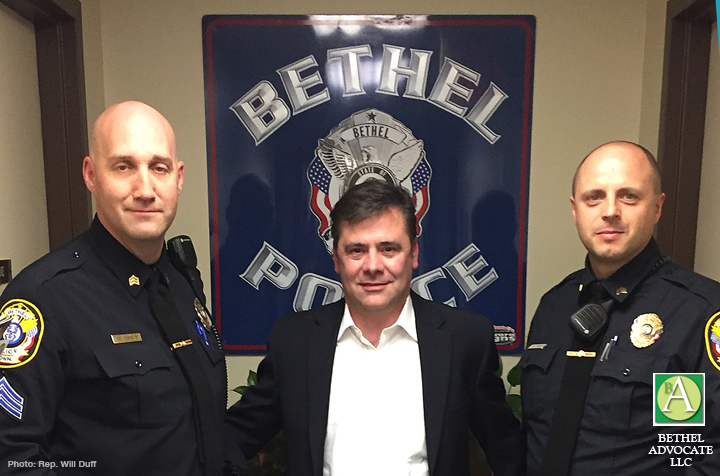 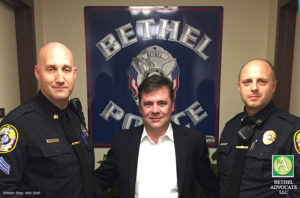 Rep. Duff stated that this police ride-along gave him a deeper understanding of what our local police force endures on a daily basis, along with an often demanding schedule.  As a state lawmaker Rep. Duff was able to discuss many state issues with the officers like, body cameras, local police powers and how Connecticut’s opioid crisis has affected the town of Bethel.

Rep. Duff said, “I’m so appreciative of this ride-along opportunity. I was very impressed by the well-trained and experienced force Bethel has, as well as the advanced technology available to the department.”

During the four hour ride-along with Sergeant Durkin and Officer Vincent Lajoie, Rep. Duff was able to observe the level of professionalism and understanding with which officers handle crisis situations.

“I want to thank the Bethel Police for permitting me to spend some time patrolling Bethel with them. The more that I know and can learn about what our local law enforcement officers do on the job, the better I can support their mission,” said Rep. Duff.