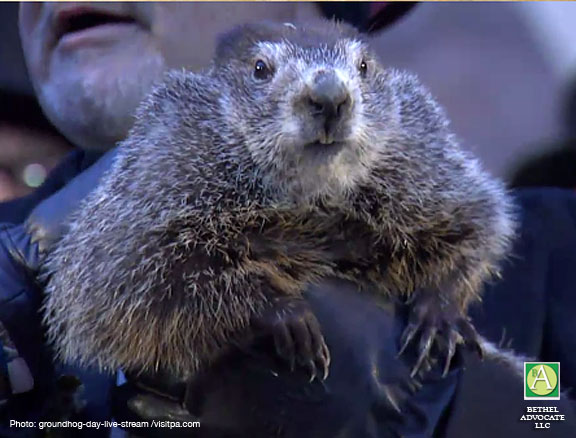 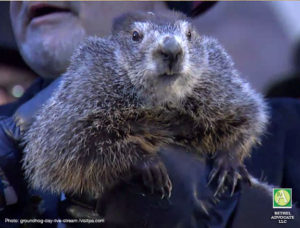 On February 2, Punxsutawney Phil comes out of his burrow on Gobbler’s Knob in Northwest PA to predict if there will be six more weeks of winter, or an early spring.

Today, February 2, 2018, is the 132nd Groundhog Day. Punxsutawney Phil DID see his shadow and predicted 6 MORE WEEKS OF WINTER!  The event is coordinated by the Punxsutawney Groundhog Club. 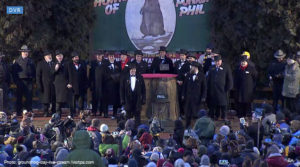 All eyes were on Punxsutawney Phil when he woke up Friday morning and he checked to see whether he saw a shadow.  As legend has it, the United States IS having six more weeks of cold weather.

Thousands of people turned out Friday to see Punxsutawney Phil, a 20-pound, 22-inches long, groundhog, who lives in Pennsylvania. 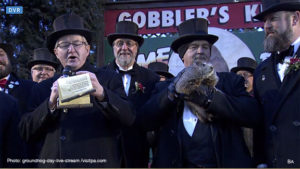 Now, this Second Day of February, Two Thousand and Eighteen, the One Hundred and Thirty Second Annual Trek of the Punxsutawney Groundhog Club….

Punxsutawney Phil, the Seer of Seers, Prognosticator of All Prognosticators, was awakened at sunrise from his burrow to the cheers of his thousands of faithful followers….”

“Up early this morning, far from home,

Are you searching for the philosopher’s stone,

Well even my best friends, they don’t know.

Is it an early Spring or just more snow?

My faithful followers, your hands and my paws are getting cold.

So here is my forecast, not lead but solid gold.

I see my royal shadow, six more weeks of winter to go.” 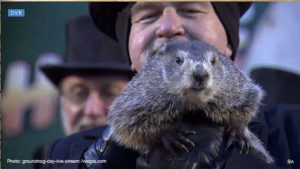 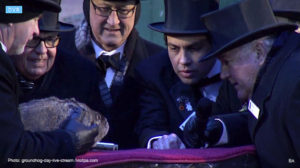 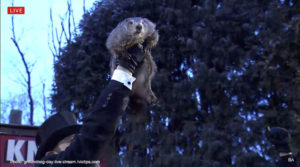 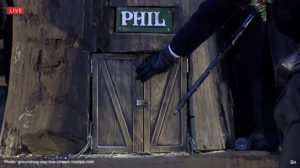 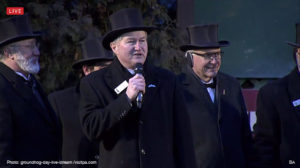 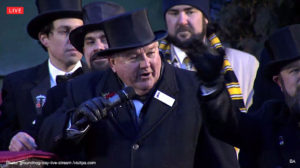 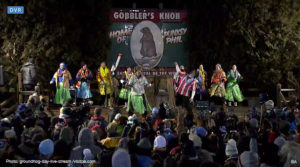 See the history below.

Every February 2, thousands gather at Gobbler’s Knob in Punxsutawney, Pennsylvania, to await the spring forecast from a special groundhog. Known as Punxsutawney Phil, this groundhog will emerge from his simulated tree trunk home and look for his shadow, which will help him make his much-anticipated forecast. According to legend, if Phil sees his shadow the United States is in store for six more weeks of winter weather. But, if Phil doesn’t see his shadow, the country should expect warmer temperatures and the arrival of an early spring. 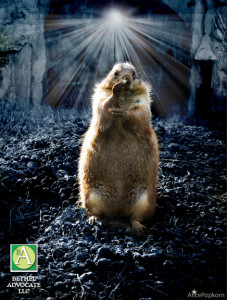