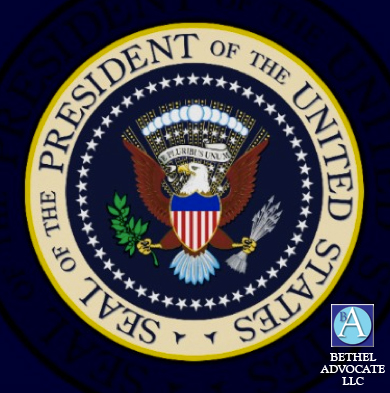 Obama: “To begin with, Congress should act to make sure no one on a no-fly list is able to buy a gun … We also need to make it harder for people to buy powerful assault weapons like the ones that were used in San Bernardino … We should put in place stronger screening for those who come to America without a visa … Vote to authorize the continued use of military force against these terrorists. For over a year, I have ordered our military to take thousands of air strikes against ISIL targets.” 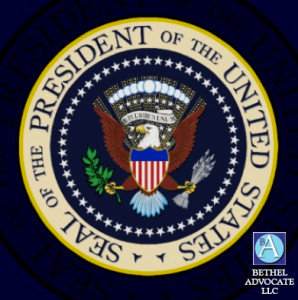 President Barack Obama addressed the nation about terrorism and other issues on Sunday, December 6, 2015, from the Oval Office of the White House, after the San Bernadino mass shooting.

He urged Americans to unite in the face of terrorism threats.

“It is the responsibility of all Americans, of every faith, to reject discrimination,” he said. “Muslim Americans are our friends and neighbors, our co-workers, our sports heroes, and yes, our men and women in uniform who are willing to die in defense of our country. We have to remember that.”

Good evening. On Wednesday, 14 Americans were killed as they came together to celebrate the holidays. They were taken from family and friends who loved them deeply. They were white and black, Latino and Asian…

Our nation has been at war with terrorists since al-Qaeda killed nearly 3,000 Americans on 9/11. In the process, we’ve hardened our defenses: from airports to financial centers to other critical infrastructure. Intelligence and law enforcement agencies have disrupted countless plots here and overseas and worked around the clock to keep us safe. Our military and counterterrorism officials relentlessly pursued terrorist networks overseas, disrupting safe havens in several different countries, killing Osama bin Laden, and decimating Al Qaeda’s leadership.

Over the last few years, however, the terrorist threat has evolved into a new phase. As we’ve become better at preventing complex multifaceted attacks like 9/11, terrorists turn to less complicated acts of violence like the mass shootings that are all too common in our society. It is this type of attack that we saw at Ft. Hood in 2009, in Chattanooga earlier this year, and now in San Bernardino.

And as groups like ISIL grew stronger amist the chaos of war in Iraq and Syria, and as the internet erases the distance between countries, we see growing efforts by terrorists to poison the minds of people like the Boston marathon bombers and the San Bernardino killers.

For seven years, I’ve confronted this evolving threat each and every morning in my intelligence briefing, and since the day I took this office, I have authorized US Forces to take out terrorists abroad precisely because I know how real the danger is. As commander in chief, I have no greater responsibility than the security of the American people. As a father to two young daughters who are are the most precious part of my life, I know that we see ourselves with friends and co-workers at a holiday party like the one in San Bernardino. I know we see our kids in the faces of the young people killed in Paris.

And I know that after so much war, many Americans are asking whether we are confronted by a cancer that has no immediate cure.

Well, here’s what I want you to know. The threat from terrorism is real, but we will overcome it. We will destroy ISIL and any other organization that tries to harm us. Our success won’t depend on tough talk or abandoning our values or giving into fear. That’s what groups like ISIL are hoping for. Instead, we will prevail by being strong and smart. Resilient and relentless. And by drawing upon every aspect of American power. Here’s how.

First, our military will continue to hunt down terrorist plotters in any country where it is necessary.

In Iraq and Syria, air strikes are taking out ISIL leaders, heavy weapons, oil tankers, infrastructure. Since attacks in Paris, our closest allies including France, Germany, and the United Kingdom, have ramped up their contributions to our military campaign which will help us accelerate our effort to destroy ISIL.

Second, we will continue to provide training and equipment to tens of thousands of Iraqi and Syrian forces fighting ISIL on the ground so that we take away their safe havens. In both countries, we’re deploying special operations forces who can accelerate that offensive. We’ve stepped up this effort since the attacks in Paris and will continue to invest more in approaches that are working on the ground.

Third, we’re working with friends and allies to stop ISIL’s operations to disrupt plots, cut off their financing, and prevent them from recruiting more fighters. Since the attacks in Paris, we’ve surged intelligence sharing with our European allies. We’re working with Turkey to seal its border with Syria and we are cooperating with Muslim majority countries and with our Muslim communities here at home to counter the vicious ideology that ISIL promotes online.

Fourth, with American leadership, the international community has begun to establish a process and timeline to pursue cease-fires and a political resolution to the Syrian war. Doing so will allow the Syrian people and every country, including our allies but also countries like Russia, to focus on the common goal of destroying ISIL. A group that threatens us all. This is our strategy to destroy ISIL. It is designed and supported by our military commanders and counterterrorism experts together with 65 countries that have joined an American-led coalition. We constantly examine our strategy to determine within additional steps are needed to get the job done. That’s why I’ve ordered the departments of State and Homeland Security to review the visa waiver program under which the female terrorist in San Bernardino originally came to this country.

And that’s why I will urge high-tech and law enforcement leaders to make it harder for terrorists to use technology to escape from justice. Now, here at home, we have to work together to address the challenge.

There are several steps that Congress should take right away. To begin with, Congress should act to make sure no one on a no-fly list is able to buy a gun. What could possibly be the argument for allowing a terrorist suspect to buy a semiautomatic weapon? This is a matter of national security.

We also need to make it harder for people to buy powerful assault weapons like the ones that were used in San Bernardino. I know there are some who reject any gun safety measures, but the fact is that our intelligence and law enforcement agencies, no matter how effective they are, cannot identify every would-be mass shooter, whether that individual was motivated by ISIL or some other hateful ideology. What we can do and must do is make it harder for them to kill.

Next, we should put in place stronger screening for those who come to America without a visa so that we can take a hard look at whether they’ve traveled to war zones. And we’re working with members of both parties in congress to do exactly that.

Finally, if Congress believes, as I do, that we are at war with ISIL, it should go ahead and vote to authorize the continued use of military force against these terrorists. For over a year, I have ordered our military to take thousands of air strikes against ISIL targets. I think it’s time for Congress to vote to demonstrate that the American people are united and committed to this fight. My fellow Americans, these are the steps that we can take together to defeat the terrorist threat.

Let me now say a word about what we should not do.

We should not be drawn once more into a long and costly ground war in Iraq or Syria. That’s what groups like ISIL want. They know they can’t defeat us on the battlefield. ISIL fighters were part of the insurgency that we faced in Iraq, but they also know that if we occupy foreign lands, they can maintain insurgencies for years, killing thousands of our troops and draining our resources, and using our presence to draw new recruits.

The strategy that we are using now, air strikes, special forces, and working with local forces who are fighting to regain control of their own country, that is how we’ll achieve a more sustainable victory, and it won’t require us sending a new generation of Americans overseas to fight and die for another decade on foreign soil. Here’s what else we cannot do.

We cannot turn against one another by letting this fight be defined as a war between America and Islam. That, too, is what groups like ISIL want. ISIL does not speak for Islam. They are thugs and killers. Part of a cult of death. And they account for a tiny fraction of a more than a billion Muslims around the world, including millions of patriotic Muslim-Americans who reject their hateful ideology.

Moreover, the vast majority of terrorist victims around the world are Muslim. If we’re to succeed in defeating terrorism, we must enlist Muslim communities as some of our strongest allies rather than push them away through suspicion and hate.

That does not mean denying the fact that an extremist ideology has spread within some Muslim communities. It’s a real problem that Muslims must confront without excuse.

Muslim leaders here and around the globe have to continue working with us to decisively and unequivocally reject the hateful ideology that groups like ISIL and Al Qaeda promote. To speak out against not just acts of violence, but also those interpretations of Islam that are incompatible with the values of religious tolerance, mutual respect, and human dignity.

Muslim-Americans are our friends and our neighbors. Our co-workers. Our sports heroes. And, yes, they are our men and women in uniform who are willing to die in defense of our country. We have to remember that.

My fellow Americans, I am confident we will succeed in this mission because we are on the right side of history. We were founded upon a belief in human dignity that no matter who you are or where you come from or what you look like or what religion you practice, you are equal in the eyes of God and equal in the eyes of the law.

Even in this political season, even as we properly debate what steps I and future presidents must take to keep our country safe. Let’s make sure we never forget what makes us exceptional. Let’s not forget that freedom is more powerful than fear. That we have always met challenges, whether war or depression, natural disasters or terrorist attacks, by coming together around our common ideals as one nation and one people. So long as we stay true to that tradition, I have no doubt that America will prevail. Thank you. God bless you. And may God bless the United States of America.

Donald J. Trump comment on Facebook:
“Well, Obama refused to say (he just can’t say it), that we are at WAR with RADICAL ISLAMIC TERRORISTS.”

Ted Cruz comment on Facebook:
“On December 7, 1941, in response to Pearl Harbor, FDR did not give a partisan speech, rather he called on Americans to unite and “win through to absolute victory. If I am elected President, I will direct the Department of Defense to destroy ISIS. And I will shut down the broken immigration system that is letting jihadists into our country. Nothing President Obama said tonight will assist in either case.”