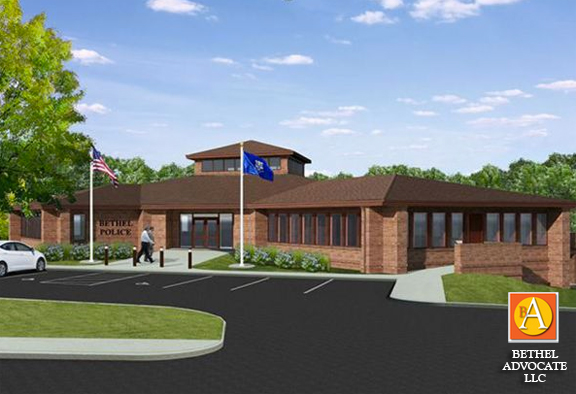 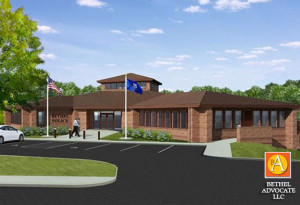 The Site Plan and Special Permit Application for the new Bethel Police Station were approved by the Bethel Planning & Zoning Commission, according to the meeting minutes of February 28, 2017.

“The project is for a proposed 26,298 s.f. building to house the Town of Bethel Police Department facility along with associated site improvements and excavation and fill activity on the property located at 12 Judd Avenue, Assessors Map 39, Block 63, Lots 79, 79-2, 79-3, 79-4 owned by the Town of Bethel subject to Stipulations 1 through ll,” reads the minutes.

The motion passed unanimously, “The Commission has carefully reviewed the application, listened to testimony, engaged the applicant in a substantive discussion, and has determined the proposed use of the property for emergency services is in accordance with the zoning regulations and conforms to the special permit criteria outlined in Section 8.5.E of the Town of Bethel Zoning Regulations.”

The original project was for $13.5 million, approved by voters in December 2015, from an initial amount of $14.1 million in 2014.  Certain design an materials aspects of the project were cut back by the Public Site and Building Committee because it was $1.5 million over budget, but worked on for over a year, to obtain final approval.  The project will go out for bid and building construction is expected to begin in the Spring, said officials. 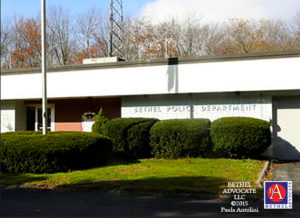 The present police station, located at 49 Plumtrees Road in Bethel, CT, was built in 1974 and has incurred many problems such as flooding, too-crowded lobby, too-small dispatch station, too-narrow hallways, bad lighting, non-working jail cells, logistics of moving victims and perpetrators through the station safely, outdated surveillance system, poor space allowance for officers to accommodate families of youth, too-small conference room, poor storage facilities, having to use shooting range areas also for storage, problems with drinking water and water storage, too-small locker facilities and lunch room, thus the police station is no longer sufficient to handle the needs of the police department, according to police officials.