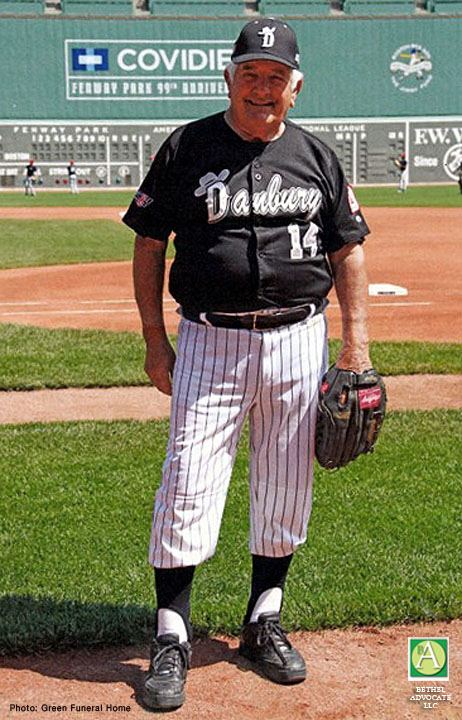 On Wednesday, January 22, 2020, John W. Deering, husband to the late Carolyn M. Deering, R.N., passed away at the age of 85. Father to the late Kevin A. Deering, John is survived by his children Catherine, Craig (Jessica), Keith (Sally), Glenn (Alyssa), and Megan. He is fondly remembered by his eight grandchildren Sean, Sara, Ryan, Eric, Kelsey, Abby, Emma, and Brett, and he will be missed by his three great grandchildren Annabella, Emily Carolyn, and Jackson. Jack – as known to his friends – counts the day he first saw his beloved Carolyn at Sunday mass as the best day of his life, and the next ten months he spent just trying to meet her, perhaps his most challenging. He was a passionate and winsome man who was quick to make a friend. Jack poured his passion into two things: baseball and heavy construction.

From starting as a batboy to playing ball in the U.S. Air Force to competing professionally in the Florida State League to mixing-it-up in local rec ball, Jack’s playing days spanned over six decades. He was especially proud to have been a coach with the Danbury Westerners. Rising through the ranks, Jack attained the position of General Superintendent of the Deering Company, a role he would leave to start The Bethel Company, Inc. As its owner, Jack earned a reputation for his unique expertise and uncompromising integrity. He parlayed his standing into a consulting practice where he advised and educated on the environmental impact of construction methods through his published model Earth Management: The Team Concept. Beyond naming his business after the town he loved, he contributed his time and talents by being a member of the Bethel Building Committee and consultant to the Board of Education.