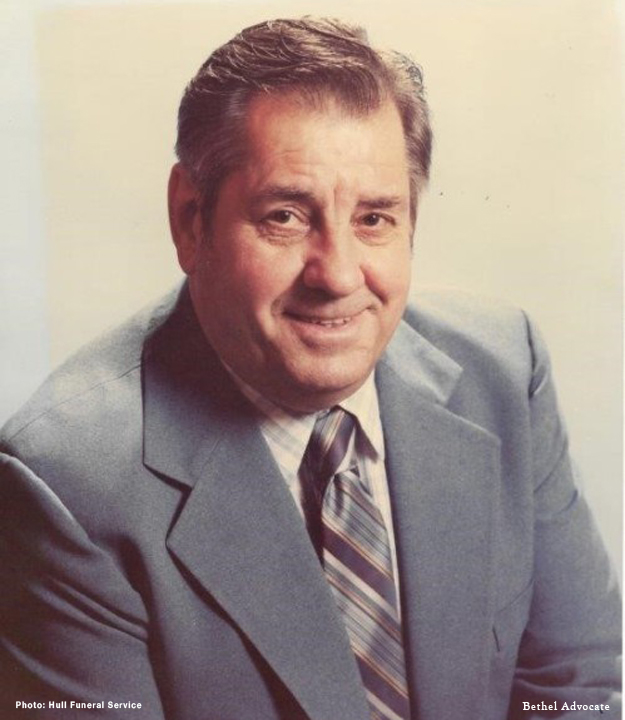 Clyde enlisted in the United States Marine Corp, 4th Division and served from 1943 to 1945. He deployed to the Pacific theater and was awarded a Bronze Star with Valor. He served as a weapons instructor at Camp Lejeune in 1950-1951 during the Korean War.

In 1947 he married Mabelle Olive Birrell. In 1954 took over operations at the William Birrell Jr. and Company, the family hatting industry shop that produced templates, patterns and components for hat factories.  Starting in 1965 he worked as a carpenter and eventually transitioned into project management and clerk of the works for projects on medical and municipal buildings.

Clyde was involved in several organizations in the Bethel area, including the A. F. & A. M. Eureka Lodge No. 83, being installed as Worshipful Master in 2003; VFW Post 935, Bethel; and American Legion Post 100.

Clyde was a member of the Bethel Volunteer Fire Department since 1947, serving for over 70 years and holding every officer rank, including Fire Chief in years 1967-1972.  He was a member of the Fairfield County Fire Chiefs Emergency plan and was inducted into the Connecticut Firemen’s Association’s Hall of Fame in 2013. He was happiest when helping others in any endeavor and will be missed by his friends and family.

The family expresses their sincere appreciation to the staff at Spring Village and the New Milford VNA Hospice Center for their care and compassion towards our father.

Friends and acquaintances are invited to a memorial service celebrating the life of Clyde at 10:00 am on Saturday, September 14, 2019, at the Bethel Funeral Home, 215 Greenwood Ave., Bethel, CT with Pastor John Esposito of the Gaylordsville United Methodist Church officiating. Internment of the ashes will follow at Elmwood Cemetery, Dodgingtown Rd, Bethel. Immediately afterward, friends are all invited to the Bethel Vol. Fire Dept. Hall South St. Bethel, for fellowship and light fare following internment.