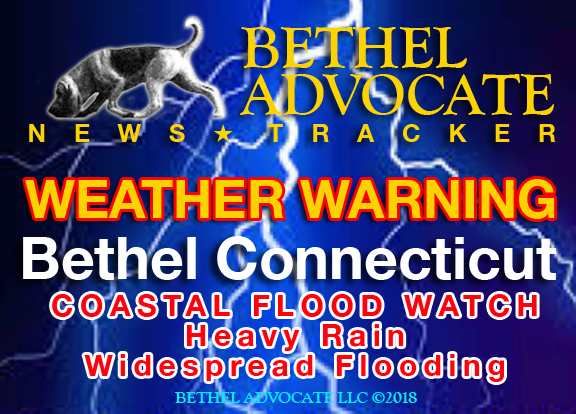 Winds will diminish tonight as high pressure builds over the region. This will allow lows to fall below freezing across outlying areas and into the mid to upper 30s elsewhere.

High pressure will move offshore on Friday as a low begins to track northward along the U.S. east coast. Clouds will increase through the day on Friday, although any rainfall should hold off until Friday night. Rain will continue through the overnight hours, becoming heavy at times by Saturday morning.

In addition to the rain, winds will increase out of the east-northeast, with gusts of 40-50 mph during the day on Saturday. The strongest winds will be across Long Island and southern Connecticut.

Rain and wind will diminish Saturday evening as the low moves north of the area. Temperatures will remain below normal through the period, with highs in the 50s both Friday and Saturday.

The National Weather Service in New York, NY has issued a Coastal Flood Watch, which is in effect Saturday afternoon.

* SHORELINE IMPACTS and TIMING…Breaking waves of 3 to 4 ft along
north and east facing shorelines of Long Island Sound will result in beach flooding and erosion with localized splashover on shoreline properties and roads possible during times of high tide Saturday afternoon.

A Coastal Flood Watch means that conditions favorable for flooding are expected to develop. Coastal residents should be alert for later statements or warnings, and take action to protect property.