A small group of concerned citizens gathered in Bethel this past Sunday to brainstorm about how to bring awareness to the heroin and opiates addiction problem plaguing young people in our Connecticut communities, and how to save lives.

A small group of concerned citizens gathered in Bethel this past Sunday to brainstorm about how to bring awareness to the heroin and opiates addiction problem plaguing young people in our Connecticut communities, and how to save lives. They quickly realized there are many aspects to address concerning this issue including how to determine if your child is at risk and what parents can do, or who whom they can turn for advice or solutions, if there is a problem with drugs.

People tend to become addicted to substances like heroin and opiates when they have been prescribed for pain relief, leading them to solely become dependent on these types of drugs if they are taking a higher dosage. There are other means of pain medication that can be taken to help relieve their symptoms, such as medical cannabis. It allows people to start feeling better quicker, even though they are taking smaller doses, and this is why some people think that medical cannabis is better than opiates as it can be hard for them to depend on this substance to get through the day. It is important for people to find a solution to their drug problem as soon as possible so that the consequences aren’t fatal.

According to the National Institute on Drug Abuse, (National Center for Health Statistics at the Centers for Disease Control and Prevention) the heroin and opiate overdose death rates have been climbing at an alarming rate. View the charts below: 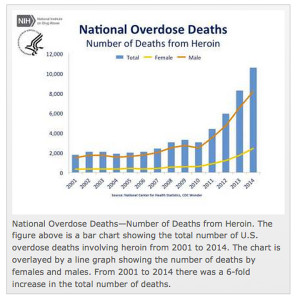 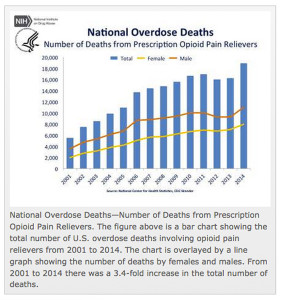 Bethel native Donald E. Olson, 43, leading the group, decided he wanted to attack this issue head-on because he and his family experienced the devastating sudden loss of a young family member in May 2015, due to addiction. The relative was found overdosed in a hotel room. Olsen formed a group called “Hero Project” to try and stop this from ever happening to anyone else ever again. The name represents “Heroine Education to Resist Opiates.” Olson said he wanted to “save one life at a time.” 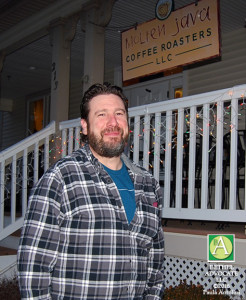 The Olsons were unaware the addicted person was even using drugs. “He had us all fooled,” Olson said. Several family members stated that they were even unknowingly driving the addict to the drug dealer’s home. They are not alone in this scenario, as it is happening across the nation and statistics of overdose death have risen dramatically.

The first meeting of Hero Project, labeled a “heroine and opiate awareness event,” took place in Bethel this past Sunday and lasted about 2 1/2 hours. Olson had previously set up a Facebook page to see if there was any interest and there were over 1400 interested at first and now that number is over 5,000 and climbing. People are eager to participate in this project.

Olson then decided to keep the first meeting location private and chose a handful of people to attend, to begin the process, intending on enlarging the group later. Initial meeting attendees included professionals in the field of addiction recovery, news media, individuals and family members affected by addiction and loss, and other professionals who could help with ideas on how to address the addiction problem. In attendance were: Donald E. Olson, Donald W. Olson Senior (dad), Kathy Olson (mom), Jeff McKenna, Julia Ambrosi, Paula Antolini, Bobbie Cahill, Jenn Henry Lawlor, and Dan Bishop.

Olson said the goals of the first meeting were:

2. To teach parents, family, friends how to spot evidence of opiate use and how to help the user

3. To offer gateways to knowledge and recovery. Teach prevention skills.

5. To provide a structured environment where families can confront user in a polite calm and productive manner.

Other possible goals later are:

2. Provide detailed evidence of statistics in town of use and deaths etc (involve local police).

3. Have an area to allow attendees to give solid leads to police of suspected activity, use/sales/dealers places of use.

4. Provide counselors and treatment center representation, allowing information and support. Provide direction in how and where to seek treatment.

5. Have an open forum where users, recovered users, friends and family can discuss experiences with heroine and opiate use. Allow time to remember those who lost their life to this battle.

7. Raise funds to help with the expenses of specific law enforcement cost of prevention etc.

Future plans include fundraising events possibly with music venues, or involving other community groups and young people, as a way to connect with those who are afflicted and feel they have nowhere to turn for answers.

There will be one more small meeting before the group opens up to a public meeting in order to get the direction and plans in place. Bethel Advocate will keep you updated.

Heroin and opiate abuse and addiction.

Heroin is administered in three ways: smoking, snorting, or shooting (injecting). Because it enters the brain quite quickly, heroin is very addictive. In fact, each time a user administers heroin, more is needed to get the same high.

Heroin is one of the most destructive and physically addictive drugs. Likewise, all opiates are physically addictive drugs. Opiate abusers will develop a tolerance, or the need to use larger amounts to obtain the same effects. They become addicted to opiates when they require regular and increasing doses in order to function normally in daily life.

When opiate use is suddenly discontinued or curtailed, withdrawal symptoms such as loss of appetite, irritability and anxiety, insomnia, vomiting and nausea occur. Heroin withdrawal in particular can be a difficult and lengthy process: It is highly recommended that doctors who specialize in addiction treatment supervise medical detoxification from heroin.

How does heroin affect users?

Heroin induces feelings of euphoria followed by pleasant drowsiness. Initial highs lasts about four to six hours. Once a user develops a tolerance, highs only last two to four hours. After that, the user needs another “fix” to maintain the desired effect.

Typically, warm, flushed skin, dry mouth and heavy limbs accompany heroin and opiate users’ initial experiences of euphoria. Next, users alternates between wakeful and drowsy states, at which point nausea and constipation may occur. Occasionally, when consumed in large doses, opiates can suppress breathing to the point of death.

Long-term effects of heroin and opiate use include collapsed veins, infection of the heart lining and valves, abscesses, cellulitis and liver disease. Pulmonary conditions, including various types of pneumonia, often arise due to users’ poor health and suppressed respiration.

The dangers of heroin.

Street heroin may contain additives or contaminants that clog blood vessels leading to the lungs, liver, kidneys or brain. This can cause infection or even the death of small patches of cells in vital organs. Other infectious diseases, such as HIV/AIDS and hepatitis, may also result from taking heroin intravenously. Finally, mixing opiates and heroin with other central nervous system depressants-like alcohol, sedatives and antihistamines-increases one’s risk of respiratory failure.