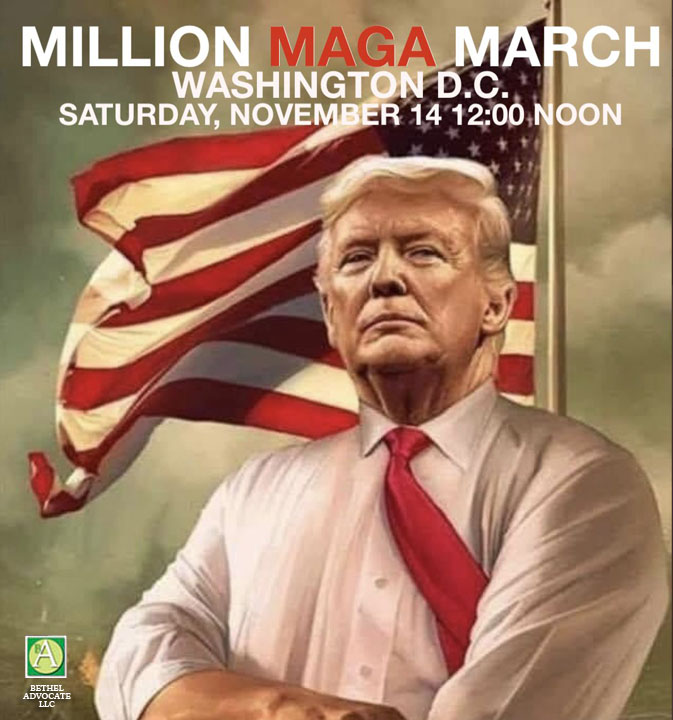 CALLING ALL PATRIOTS IT IS MAGA NIGHT AT THE WHITE HOUSE

Millions of Trump Supporters will be marching from the Supreme Court in Washington D.C. to the White House in the #MillionMAGAMarch.

The Official #MillionMagaMarch will be on Saturday, November 14, Freedom Plaza.

**The #MarchForTrump will march towards SCOTUS against a fraudulent election process.

**March is against election interference for a transparent Election Process.

**The March is to #StopTheSteal and stand up for the President of the United States, Donald J Trump.