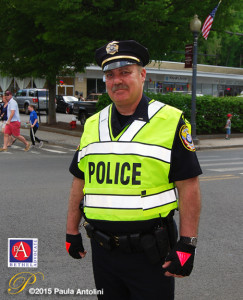 Richard Dickinson is a senior member of the department with over 37 years of service. He has moved through the ranks spending time as a patrol officer, patrol sergeant, detective sergeant, field operations commander and field services commander, as well as some 15 years as the department traffic safety officer, and has served as a firearms instructor and a armorer.

During 2017, as Traffic Safety Officer, Dickinson studied and analyzed traffic patterns and accidents and, as such is requested at frequent Police Commission meetings in order to discuss, appraise, and give advice to the police commission helping them make decisions on traffic related issues.

During 2017 Dickinson as training officer, has created and implement, at great personal effort, new in-house training programs such as eLearning and use of force. This has helped streamline training in order to provide more training and as well as convenience.

During 2017, Lt. Dickinson, acted as the department guru in legal updates (new laws and changes) and created a legal update packet for every officer, a personal effort he has continued over numerous years. 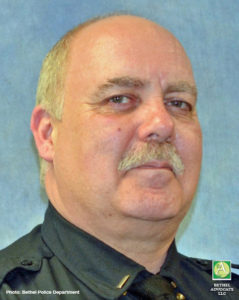