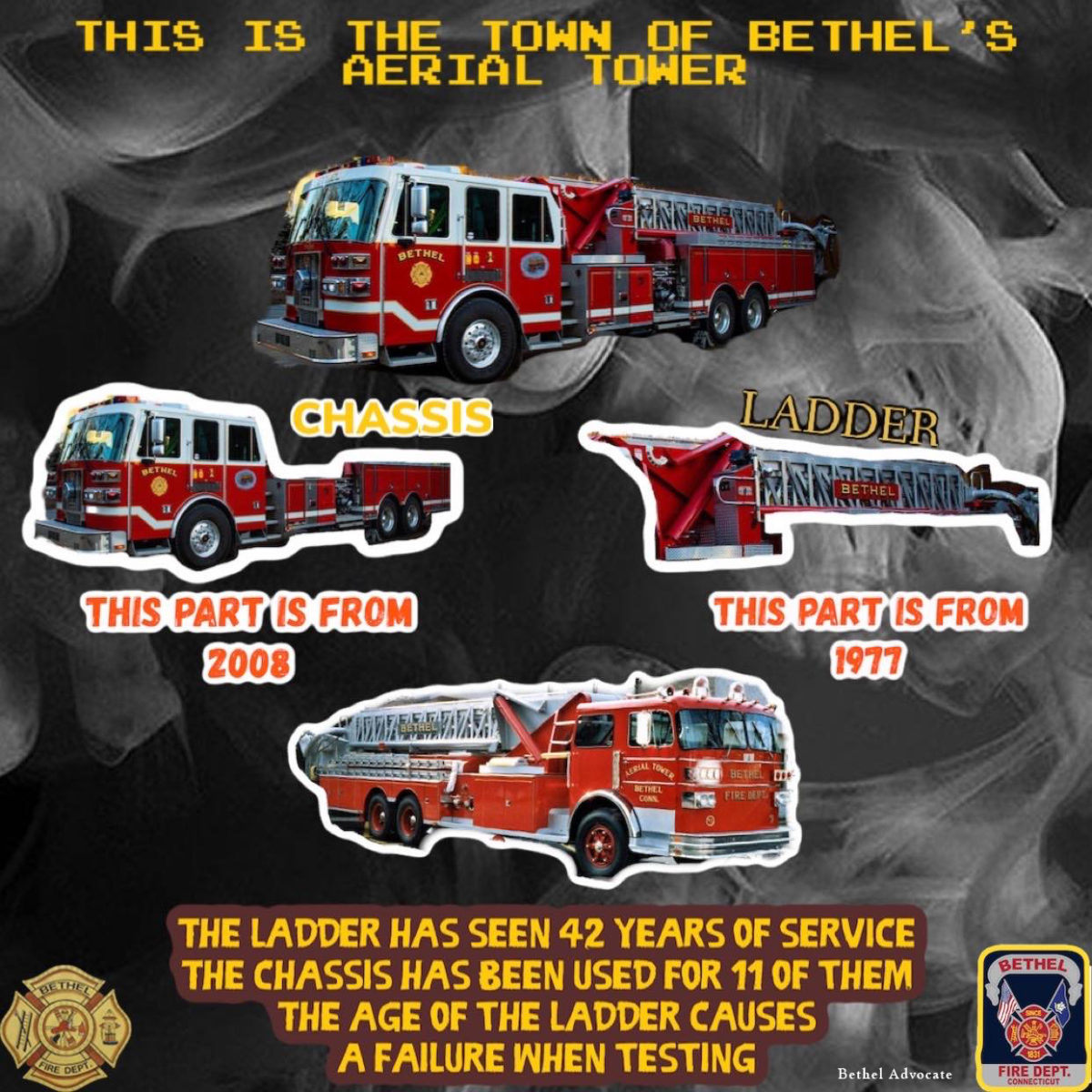 Every year, in the month of September, the Bethel Fire Department Aerial Tower Truck parks by Route 58 (Black Rock Turnpike) in Bethel and raises their truck’s extension ladder along with the New Fairfield Fire Department Aerial Ladder Truck, to proudly hang a large American flag across the road for 2000+ motorcycles to pass under, during their 60-mile memorial ride from Norwalk, through towns in CT, and ending in Bridgeport. The 9-11 “CT United Ride” is an event that raises money for Connecticut fire and law enforcement agencies and is Connecticut’s largest 9/11 tribute, honoring those who lost their lives on 9/11 and also for those who put their lives on the line each day to protect us.

Except this year … the hydraulics on the Bethel Fire Department ladder were not working, and another fire company, the Hawleyville Fire Department, kindly supplied another ladder truck in its place and New Fairfield Fire Department held the other side of the flag as it did other years.

This was a memorial event and motorcycle parade, but can you imagine if it was a real fire and firefighters needed to save someone atop a tall building and their ladder did not work? It would be a disaster if equipment failed. It could cost lives.

Bethel’s fire department equipment is aging. They cannot afford to take a risk which will endanger lives, especially with the added burden of higher population and structures to protect, due to the numerous multiple-housing projects that are being approved lately .

In a March 2, 2017 article on KHOU-11 of Houston Texas, entitled, “Firefighters: Old Trucks Putting Lives in Danger,” Marty Lancton, who is president of the Houston Professional Fire Fighters Association, said, “It’s a job where a quick response can mean the difference between life and death.”

“Firefighters say more and more they’re not just battling flames, but also their own aging equipment when the alarm sounds,” … “It’s not a question of if, it’s a question of when something catastrophic will happen,” said Lancton. “I mean somebody dies,” reads the article, “That’s because broken trucks can slow firefighters’ response to an emergency.”

Shown below are recent copies of the “Bethel Aerial Device Inspection” report from July 26, 2019, which reads in part, “Raise/Lower and Extend/Retract controls at Turntable pulsate during operation.” … “NFPA 1911-17 ANNEX D – Aerial device mfg is 1977. Apparatus that are over 25 years should be replaced.“ Bethel’s ladder is 42 years old! And the chassis is 11 years old!

Chief Engineer William Cadella of the Bethel Volunteer Fire Department sent a letter to the Town of Bethel stating in part, “We wish to give further explanation of the current mechanical failure of the Town’s Aerial Tower Apparatus and how these failures are placing the volunteer firefighters and citizens in danger.” View entire letter below.

Cadella requested inclusion in the Board of Selectman (BOS) agenda for the next BOS meeting on Tuesday, October 1st. We are waiting for confirmation. Plan on giving your public comment, if allowed.

View VIDEO of Board of Selectmen & Board of Finance – Special Joint Meeting – 2/25/2019 that discussed the equipment issues (mark 37:27 fire chief):