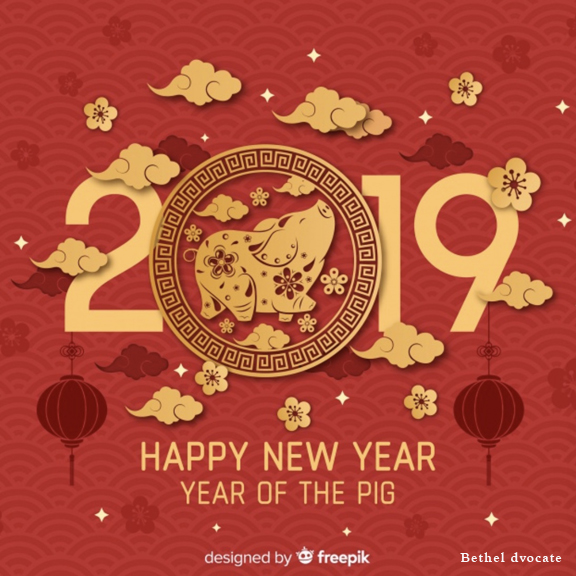 Chinese New Year, or the “Spring Festival” as it is referred to in mainland China, starts today and represents the beginning of a new year on the traditional Chinese calendar. (For the most commonly and officially used calendar in modern China, see Gregorian calendar.) It is one of several Luna New Years in Asia.

“The Pig is associated with the Earthly Branch (地支—dì zhī) hài (亥), and the hours 9–11 in the night. In terms of yin and yang (阴阳—yīn yáng), the Pig is yin. In Chinese culture, pigs are the symbol of wealth,” according to chinesenewyear.net, “Begun over 2000 years ago, the festival has developed many meanings. It celebrates family reunions and society. It features ancient spiritual traditions. Some also call this the “true” Chinese Valentine’s Day.”

Chinese New Year is associated with several myths and customs to honor deities as well as ancestors. The evening preceding Chinese New Year’s Day is frequently regarded as an occasion for Chinese families to gather for the annual reunion dinner. It is also traditional for every family to thoroughly clean their house, in order to sweep away any ill-fortune and to make way for incoming good luck. Decorations on doors and windows include red paper-cuts that represent good fortune or happiness, wealth, and longevity.