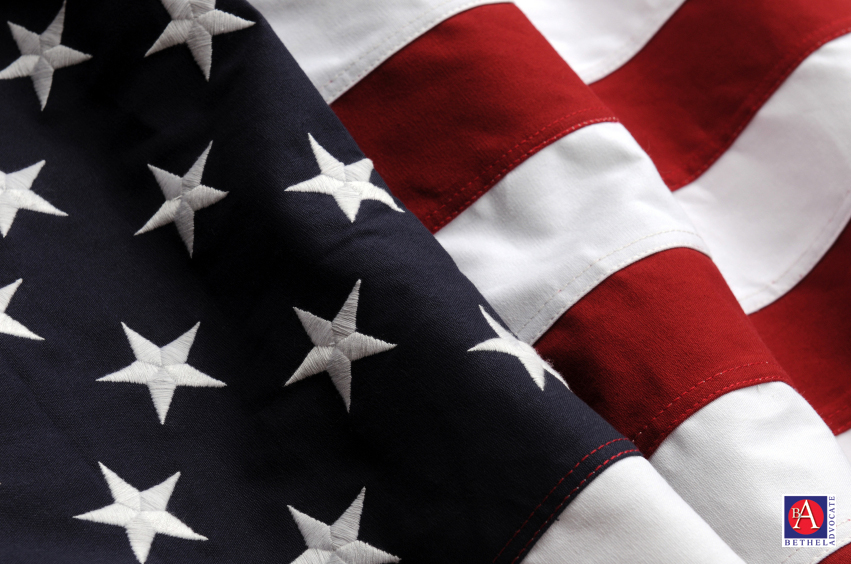 “We hold these truths to be self-evident, that all men are created equal, that they are endowed by their Creator with certain inalienable rights that among these are Life, Liberty and the Pursuit of Happiness…

This 4th of July, we reflect on the strength of America- its citizens.  My story is like millions of others. I was born on a small farm in Italy.  My brother and I were supervised by a sheep dog as we played alone while the adults tended the fields dreaming of a better life in America.  My parents underwent an arduous vetting process to get here. My father was required to prove that a job was waiting for him and we had to pass background and heath checks.  They sold what little they had to sail to America with a 5 and 7 year old in tow.

My parents, though at the bottom of the economic ladder, were deeply grateful for any opportunity to work so they could help their children.  With only a 5th grade education my father’s great respect for education was reflected in his daily missive to us: “Education is everything. It is the way out of poverty and the path to freedom.” We took this to heart, and through hard work and scholarships, my parents lived to see the first in our family to graduate from elementary school, high school, college, and graduate school.

Their love of this country had a profound influence on us to “pay it forward”.  Connecticut became our home, the place to realize the American Dream, and later, to serve the state and country.  It is still a great state and can be even better with an engaged and involved citizenry that values the principles the United States was founded on- education, industriousness, self-reliance and equality for all.

In the last few years, our society has become polarized more than we would have imagined.  Civility and tolerance are in short supply. Too many have developed an “us against them” mentality and believe that our government institutions no longer work for them.

Not true. In fact, the United States works exceptionally well. It is the best example of a diverse, inclusive and democratic country. Its body of laws and free markets are the envy of the world. However, it’s not always been like this. As evidenced by Barack Obama’s State of the Union Address (more info here), America has been through some tough challenges and is only just beginning to recover. From the recession to US involvement in Afghanistan, life for Americans hasn’t been easy, however, they are now showing positive signs of returning to a prosperous position. Due to this, America has become a model that most countries strive for. But, we should not take our system of government for granted.

One only has to look back at the turbulent conflicts in our republic’s history that threatened to tear it apart: The Revolutionary War, Shays, and Whiskey Rebellions, the Second Revolution of 1800, Alien and Seditions Acts, Gabriel’s’ Rebellion, War of 1812, Battle of the Alamo, Harper Ferry Raid, Civil War, Lincoln Assassination, Boxer Rebellion, WWI, the Great Depression, WWII, Korean War, the Cold War, Vietnam, JFK, and MLK Assassinations, September 11, Gulf, Iraq and Afghanistan Wars, the Great Recession -to name just a few.  And yet, through it all our nation has survived and thrived.

In the midst of political discord, the 4th of July reminds us of all that is good in America. It remains a beacon of hope, a promise of prosperity, and the best opportunity to realize one’s dreams while living under its constitution, its laws and military might.

This country gave me and my family every opportunity to succeed through education and a system of government that is open to all races and backgrounds unlike anywhere in the world.  It is why so many like my parents risked it all to make America their home.  And, after we are long gone there will be new generations to pick up the mantel and carry this great nation forward. It will endure and be a symbol of life, liberty and the pursuit of happiness throughout the world. Happy Birthday America and thank you!