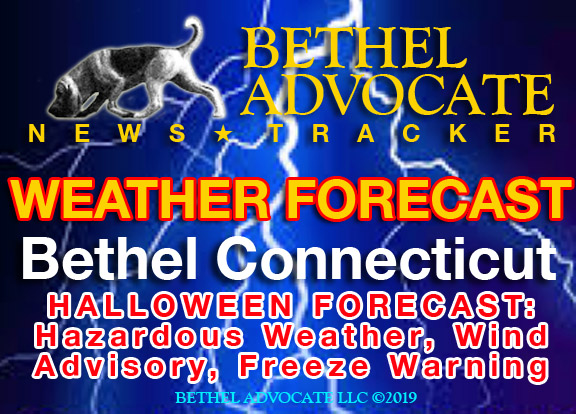 HIGH WIND WARNING IN EFFECT FROM 8 PM THIS EVENING TO 6 AM EDT FRIDAY.

* WHAT…For the High Wind Warning, south winds 20 to 30 mph with gusts up to 60 mph expected. For the Freeze Watch, sub- freezing temperatures as low as the upper 20s.

* WHEN…For the High Wind Warning, from 8 PM this evening to 6AM EDT Friday. For the Freeze Watch, from late Friday night through Saturday morning.

People should avoid being outside in forested areas and around trees and branches. If possible, remain in the lower levels of your home during the windstorm, and avoid windows. Use caution if you must drive. Take steps now to protect tender plants from the cold. To prevent freezing and possible bursting of outdoor water pipes they should be wrapped, drained, or allowed to drip slowly. Those that have in-ground sprinkler systems should drain them and cover above-ground pipes to protect them from freezing.

A Wind Advisory is issued when sustained winds of 31 to 39 mph, or gusts of 46 to 57 mph, are expected or occurring. Winds this strong can make driving difficult, especially for high profile vehicles, in open areas, and on elevated roads and bridges. Use extra caution.

A Freeze Watch means below freezing temperatures are possible. These conditions could kill crops and other sensitive vegetation.

A chance of showers, then showers and possibly a thunderstorm after 10pm. Low around 51. Breezy, with a south wind 16 to 20 mph, with gusts as high as 45 mph. Chance of precipitation is 90%. New rainfall amounts between a quarter and half of an inch possible.

Sunny, with a temperature falling to around 51 by 8am. West wind around 15 mph, with gusts as high as 31 mph.

Mostly clear, with a low around 28. West wind around 6 mph becoming calm in the evening.

Areas of frost before 8am. Otherwise, sunny, with a high near 50. Calm wind becoming southeast around 6 mph in the morning.

Partly cloudy, with a low around 34. Calm wind becoming west around 5 mph after midnight.

Mostly clear, with a low around 30.

Mostly clear, with a low around 36.

Partly sunny, with a high near 59.

Mostly cloudy, with a low around 44.

Partly sunny, with a high near 59.

Partly cloudy, with a low around 38.

Mostly sunny, with a high near 51.