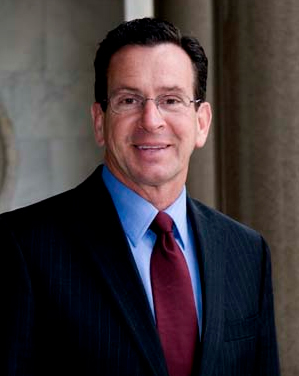 Gov. Malloy Issues State of Emergency for CT and Travel Ban for CT Starting at 9pm Monday, As Blizzard Approaches

“It’s imperative that you have a plan in place to get home safe this evening,” Malloy said. 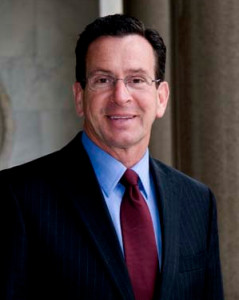 The governor has issued a travel ban, starting at 9 p.m. for the entire state. Hundreds of schools are dismissing early or closing on Monday as a blizzard approaches Connecticut.

There will be a state wide travel ban starting at 9pm Monday evening and CT Transit service will be suspended beginning at 8 p.m.. MTA will be adding more Metro-North trains between 1 p.m. and 5 p.m. for individuals who travel by rail. The state will have more than 600 crews out treating the roads.

The approaching storm has the potential to bring about 15 to 30 inches to areas of the state by Tuesday night into Wednesday morning, and the governor is urging residents to get off the roads and to a destination where they can wait out the storm.

A blizzard warning has been issued statewide. Some municipalities, including Hartford, have declared snow emergencies. The warning is effective from 1 p.m. on Monday to midnight on Tuesday for New Haven, Fairfield, Middlesex and New London counties, and from 7 p.m. on Monday to 1 a.m. Wednesday in Hartford, Tolland and Windham counties.

“It’s imperative that you have a plan in place to get home safe this evening,” Malloy said.

Another briefing by Malloy will be held at 5 p.m..

(HARTFORD, CT) – Governor Dannel P. Malloy is ordering the State Emergency Operations Center (EOC) to be activated at 4:00 p.m on Monday. In addition, he will hold a news briefing from the EOC at 10:00 a.m. that morning to provide updates on the state’s preparations for the forecasted winter storm.

“Based on the forecasts we’re looking at now and assessing the situation with state emergency management officials, I have directed the state’s EOC to be activated at 4:00 p.m. on Monday,” said Governor Malloy. “We urge Connecticut residents to take necessary precautions. The state will continue to monitor, prepare and stay in front of this storm and react quickly.”

The state EOC, staffed by state emergency management personnel and representatives of the state’s major utility companies, will remain open throughout the duration of the storm.

119 thoughts on “Gov. Malloy Issues State of Emergency for CT and Travel Ban for CT Starting at 9pm Monday, As Blizzard Approaches”