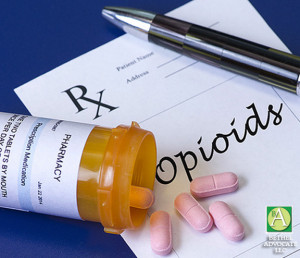 “Addiction is a disease – we should treat it as just that. That this bill would limit opioid prescriptions for no longer than seven days is an important, proactive step to curb this alarming trend, which is impacting communities throughout our state and throughout our nation. This vote is another step forward in our efforts to ensure that those who need help get it, and I am optimistic that the Senate will swiftly approve the bill so I can sign it into law,” Governor Malloy said. “It is critical that we continue to combat this problem, which is having a nationwide impact. We must keep moving forward and must keep tackling this critical issue.”

“I applaud the House of Representatives on passage of this legislation – it’s an important part of strengthening Connecticut communities and our public health,” Lt. Governor Wyman said. “This bill demonstrates our strong commitment to preventing opioid addiction, as well as addressing addiction and recovery.”

The legislation is House Bill 5053, An Act Increasing Access to Overdose Reversal Drugs. The amended legislation that was approved today has several provisions that will build on the state’s current actions to combat the opioid epidemic, including:

• Requiring the Alcohol and Drug Policy Council’s state plan to include, by January 1, 2017, a goal of reducing the number of opioid-induced deaths in the state

• prohibiting, for minor patients, any prescriptions of opioid drugs for longer than seven days and requiring the prescriber to discuss the risks associated with the drug with the patient and, if present, the custodial parent, guardian, or other person having legal custody of the patient

• allowing, for both adult and minor patients, a prescriber to give more than a seven-day supply of opioid drugs if, in the prescriber’s professional medical judgement, the acute or chronic pain condition requires it and requires the prescriber to note such condition in the medical record

• Making several changes to the state’s electronic prescription monitoring program to help facilitate prescriber and pharmacist compliance, such as needing pharmacies and companies that prescribe over electronic systems to be certified by the DEA with an EPCS, as an example.

The bill next will be considered by the State Senate, where it must be approved before the Governor can sign it into law.

Since 2011, Governor Malloy introduced and signed into law several new measures that position Connecticut as a leader in the fight to prevent substance abuse and opioid overdose. Those include:

• The 2014 expansion of Good Samaritan protections for any person who, in good faith, administers naloxone to save a life. Previously, only licensed health care practitioners were allowed to administer the medication without being civilly or criminally liable for the action. Following the law’s adoption, all Connecticut State Police Troopers completed a training program providing them with the skills to administer the medication. To date, State Troopers have saved 63 lives by utilizing this law. (Public Act 14-61)

• The 2015 legislation that expanded prescriber education, made use of the Prescription Monitoring Program (PMP) mandatory for all prescribers of controlled substances, expanded the scope of practice for pharmacists to allow them to directly prescribe naloxone and reconstituted the Alcohol and Drug Policy Council (ADPC) as a statewide coordinating body to fight the spread of substance abuse and overdose (Public Act 15-198) 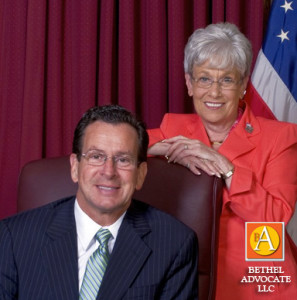