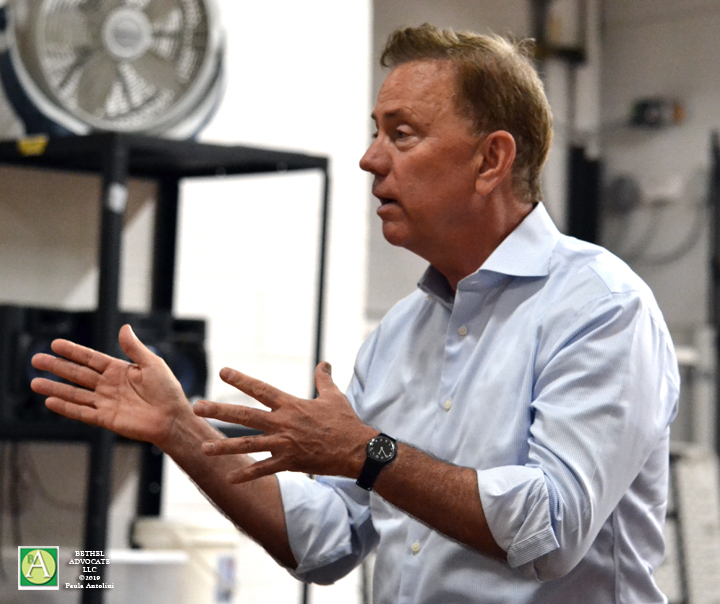 On Tuesday, Connecticut Governor Ned Lamont announced during his news conference that the public-private education partnership, “Partnership for Connecticut,” formed between the state and billionaire Ray Dalio, was being disbanded due to a controversy.

Lamont blamed a “leak to The Courant” for the decision to end the partnership, although when questioned by reporters, stated that the Dalios reached out to him.

“As Barbara said beautifully … it really is important to have trust there, and make sure nobody is trying to undermine the core mission,” Lamont said, “In this case, there’s a sense from the Dalios that, you know, there were some people that really wanted to undermine the mission of the board.

Lamont was referring to a controversy dated May 13, 2020, in the Hartford Courant’s report, which read, “Mary Anne Schmitt-Carey, who was hired only March 23 as president and CEO of the Partnership for Connecticut — amid high praise from the organization’s board of directors — has already complained internally that she’s been unjustly threatened with firing after being hit May 4 with “false and defamatory allegations.”

“Since May 7, the $247,500-a-year CEO has been placed on a paid leave,” the Courant reports, “that isolates her from all partnership operations, she said in an email Tuesday to partnership board members and a number of officials in the state legislature.”

“That partnership in a year, made available 60,000 laptops for kids who would otherwise not have access to education, to online education,” Lamont said in his news conference today, “Those laptops are already being distributed. Today I was told they are going to new Britain for those kids.

Lamont stated today that the dismantling of the partnership did not affect distribution of the 60,000 laptops.

“The funds — which were to be matched by $100 million from the state and $100 million from other philanthropists and business leaders — were to be used to benefit students in under-resourced communities “with a specific focus on communities where there is both a high poverty rate and a high concentration of young people who are showing signs of disengagement or disconnection from high school,” the CT Post reported, “It is the largest known philanthropic donation to benefit the state in Connecticut’s history.”

Lamont was asked about the meaning of ‘breach of trust’ by a reporter today. “What do we mean by the breach of trust?” Lamont repeated, “And maybe it started early,” he said, “And look, I had to work very closely with folks who weren’t used to having every email, you know, scrutinized by the public, but we worked through this, I thought. We made our meetings public. We were going to stand up there and explain every one of our decisions. We were going to earn the trust of the people of Connecticut in behalf of those kids who are getting left behind. And I thought we had gotten there.”

Lamont said, “What happened … and I got this from the board, every time there’s maybe a touchy personnel matter, those are the types of things, as you all know, that’s handled in Executive Session. You don’t just have a turn-style and run it right out to the press, put that right into a column, and then have a lot of partisan commentary that goes along with it.”